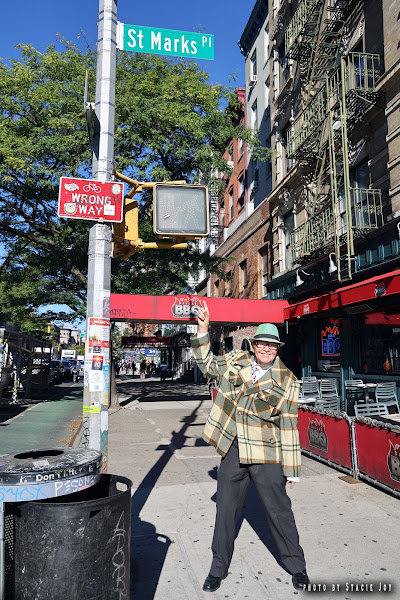 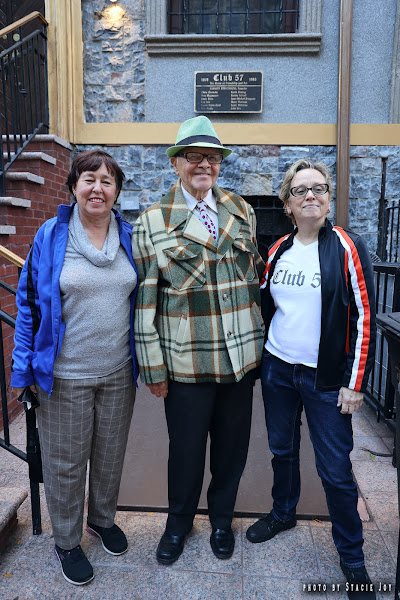 The organizers, via Club 57 Artists Fund, a nonprofit organization, are looking to collect signatures (the petition is here) of support from residents who live in this immediate area to present to Community Board 3 for consideration.
"Usually, they consider the naming for people who have died. But we figure that many artists and performers who came out of Club 57 have died, most from AIDS," said Johnson, the resident DJ at Club 57.  "Instead of trying to get a co-naming for one person, this would be a great way to bring attention to that part of the history of the East Village." 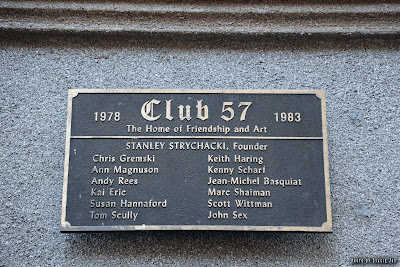 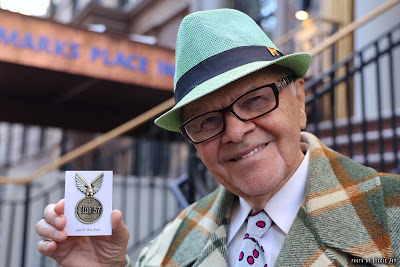 Club 57 was housed in the basement at the time of the Holy Cross Polish National Church. Workers refurbished the building last year, adding a plaque commemorating Club 57.
The subcultural heyday of the venue received significant attention in the fall of 2017 with the MoMa exhibit titled "Club 57: Film, Performance, and Art in the East Village, 1978–1983" — "the first major exhibition to fully examine the scene-changing, interdisciplinary life of this seminal downtown New York alternative space."
You can find the co-naming petition at this link.
The process of co-naming a street within the confines of Community Board 3 is explained in this PDF.
Posted by Grieve at 5:10 AM

My kind of heaven/is Club 57

I think we should start a campaign to name East 3rd Street and Second Ave: Quentin Crisp Place. Maybe The Bean should start it. It would bring them publicity and be very appropriate to The Bean's vibe.

I remember the fabulous performers and regulars at Club 57 including Alexa Hunter, Deb O'Nair, April Palmieri, Wendy Wild, John Sex, Tom Scully, just to name a few (too many to name here). What a scene!