The latest future development clue from along 250 E. Houston St. 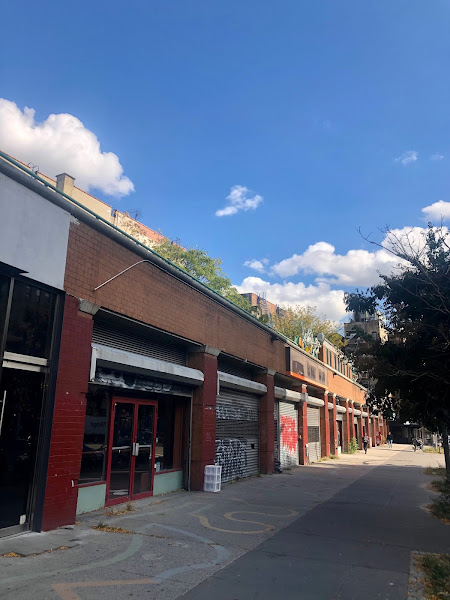 We're continuing to monitor the now-vacant old retail strip at 250 E. Houston St. ... adjacent to the renovated 13-story residential complex and storefronts. (Background here.)
The latest update comes via an EVG reader, who spied some info inside the former Mattress Mart (the first space after the renovated zone).

While walking by the old Mattress Mart, I could see they are building a new retaining wall. The plans were right there on a table by the window. I included close-ups of two interesting items: one describes separating the stores from Red Square (250) into a new "280 E Houston."
The other was partially covered but clearly says "demolition." I'm pretty sure whatever's coming is going to suck — especially for those residents on Second Street with southern-facing windows. 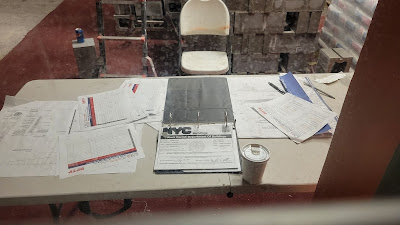 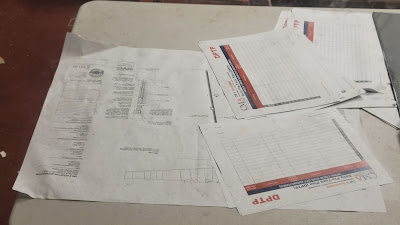 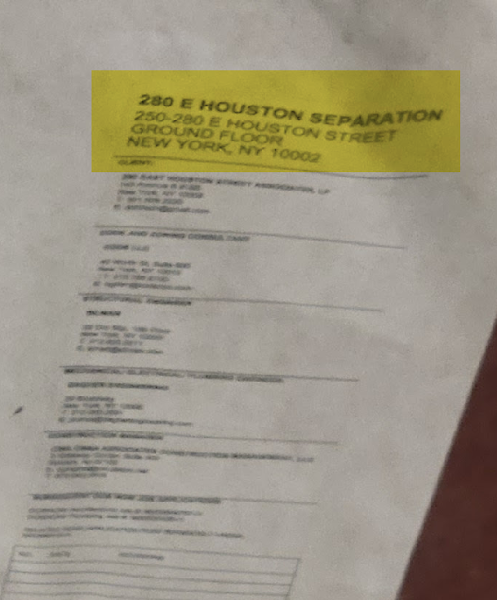 According to some of the former business owners at No. 250, a new development will rise from the one-level strip of storefronts between Avenue A and Avenue B. Demolition permits have already been filed. What's not known yet is the size/scope of the new building.
The residential building, the former Red Square, changed ownership in the fall of 2016 ... and underwent extensive renovations.
Posted by Grieve at 4:50 AM

And thus, light & air become luxuries, luxuries that are denied to "ordinary" people.

Hmmmm… I know one of the developers and those single story stores were mandated in exchange for an oversized building. I wonder if zoning changes will now permit development or not. The city tends to be reluctant to make changes.