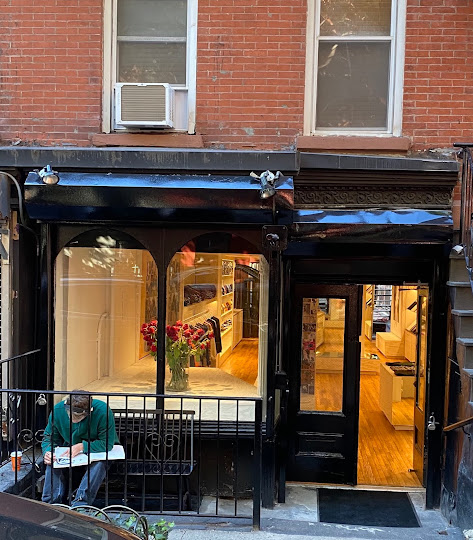 FA — better-known as Fucking Awesome World Entertainment — debuted on Saturday at 420 E. Ninth St. between Avenue A and First Avenue.
The skateboard company and streetwear brand, co-owned by pro skaters Jason Dill and AVE (aka Anthony Van Engelen), opened its first retail space in Los Angeles in 2019. This is the first East Coast outpost for FA.
The shop's grand opening also saw the arrival of the green bench, a very special guest brought here by the owners of FA and currently a block away in the skating (TF) area of Tompkins Square Park.
Here's more about it via Curbed, who first reported about it coming here:

The green bench is in Tompkins Square Park right now.

If you're a skateboarder — or a former skateboarder, or at least somewhat skateboarding-adjacent — and live in New York City, that sentence cannot be read without an exclamation point. The green bench! That's because this particular 300-pound piece of steel street furniture has become one of the most storied objects to skate around and on, and its arrival on the East Coast adds a coda to a two-decade saga of discovery, theft, loss, reconstruction, and a particularly hard-won switch backside noseblunt slide across its 13-foot arc. 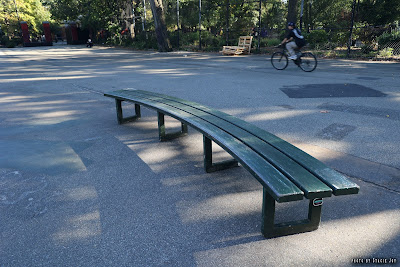 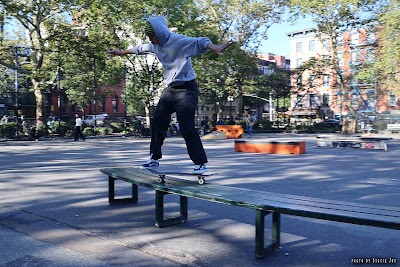 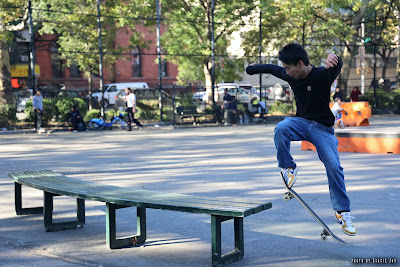 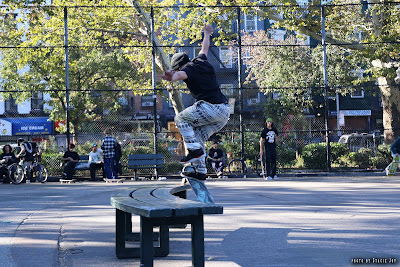 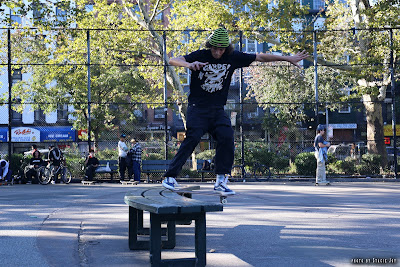 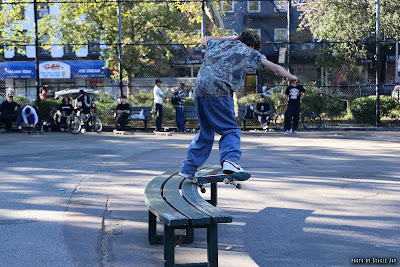 Back to FA, their store hours are Monday-Saturday 11 a.m. to 7 p.m.; Sunday noon to 6 p.m.
No. 420 was previously Puppy Love & Kitty Kat, the 10-year-old pet supplies and grooming shop that closed in 2019.
Storefront photo by Steven. Thanks to William Klayer for sharing pics as well.
Posted by Grieve at 5:30 AM

Wow, who knew a bench could have so many adventures? I give it a week before it gets stolen again...