Report: Mermaid Inn to return to 2nd Avenue in 2022 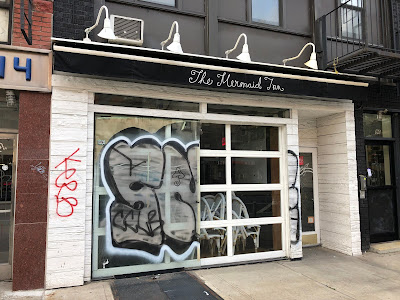 Photos from last month
The Mermaid Inn's East Village outpost is expected to reopen in the spring.
This nugget of news of interest to EV residents was part of a larger story at Eater about Mermaid Inn opening an outpost on West 43rd Street.
Mermaid Inn closed here on Second Avenue between Fifth Street and Sixth Street during the pandemic. Co-owner Daniel Abrams and partner Cindy Smith decided to close the restaurant in the wake of failed attempts to reach a workable rent deal, Eater reported at the time.
In April, Abrams said that the Mermaid Inn would return to the East Village, though the SLA would reportedly not grant a temporary liquor license to the seafood restaurant that had been here for 17 years.
There has been a little activity here and there at the Second Avenue space... 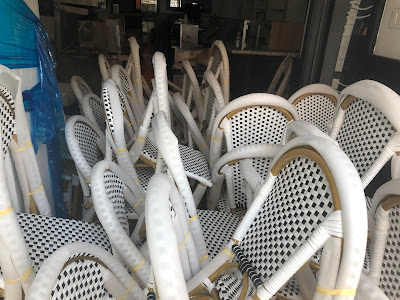 Mermaid Inn outposts are open in Chelsea, Greenwich and the Upper West Side.
Posted by Grieve at 4:55 AM

That's good to hear. Great happy hour deals here. I thought this location was a goner since they opened a Mermaid Inn on MacDougal and Bleecker.

Their lobster rolls (or sandwiches?) were the best. Happy to hear they're returning.