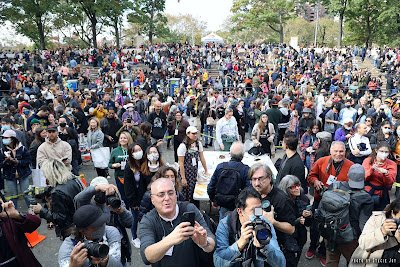 The 31st edition of the Tompkins Square Halloween Dog Parade took place again at the East River Park Amphitheater this past Saturday afternoon.
As the top pic shows, there was a big turnout for the event after last year's primarily virtual offering (there was a small in-person/dog event at Lucky on Avenue B).
And as always, there were pop (pup?)-cultural references galore represented in the costumes, from standbys such as "Star Wars," "It" and "Joker" to recent phenomenons like "Squid Game."
In the end, the panel of judges, which included local resident Lindsey Jordan, the singer-songwriter behind Snail Mail, selected a more topical Best in Show... 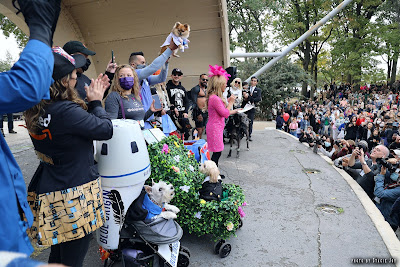 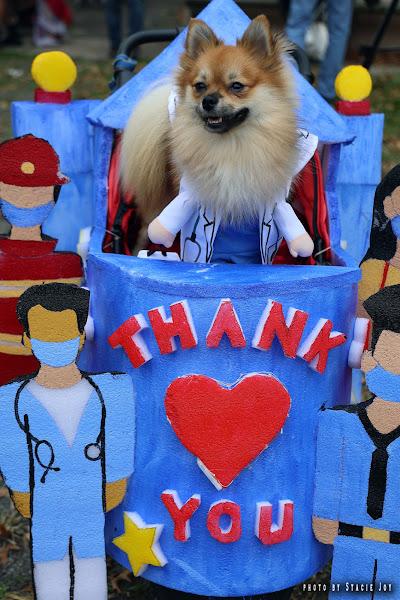 EVG contributor Stacie Joy was there ... and she shared this look at some of the costumes seen on this dog day afternoon... 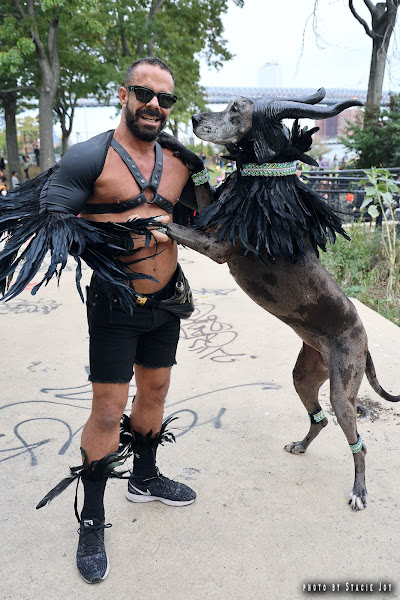 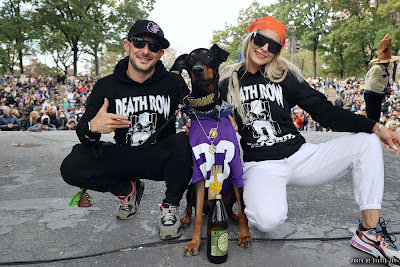 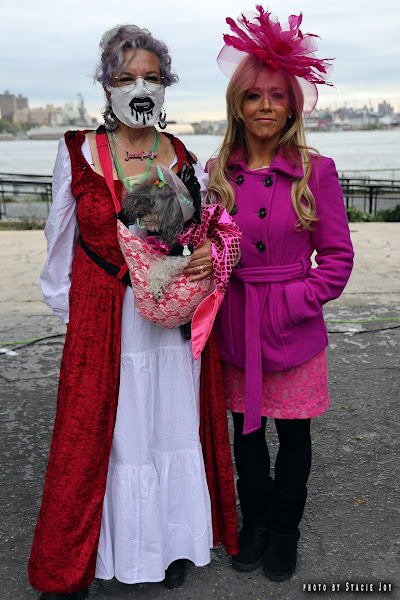 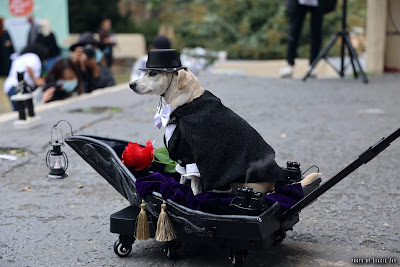 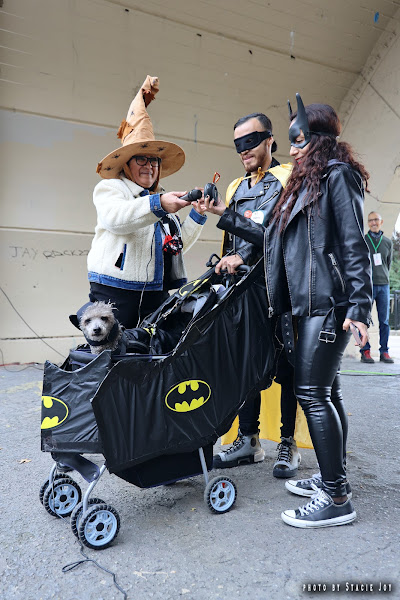 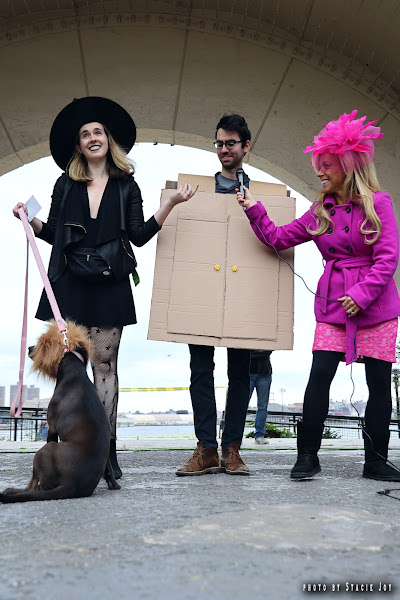 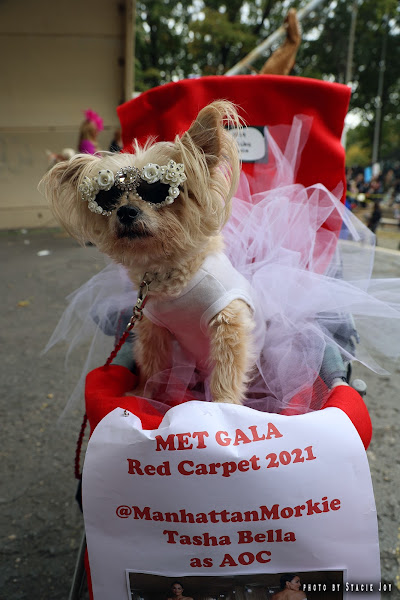 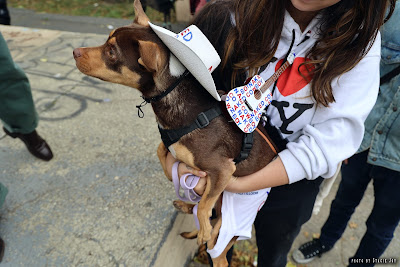 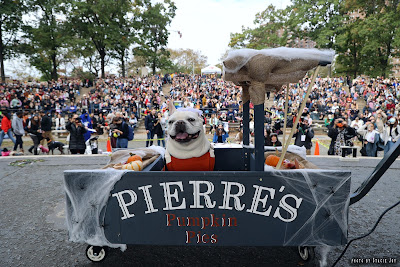 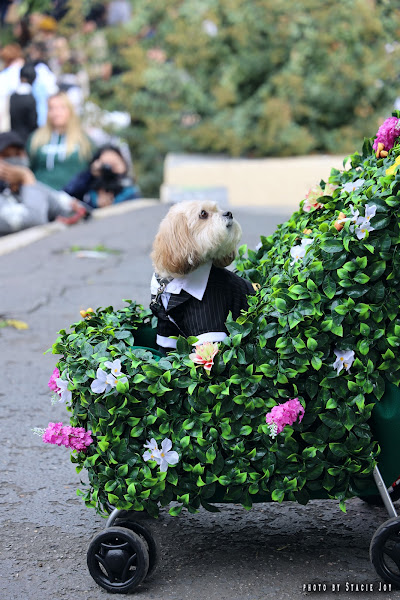 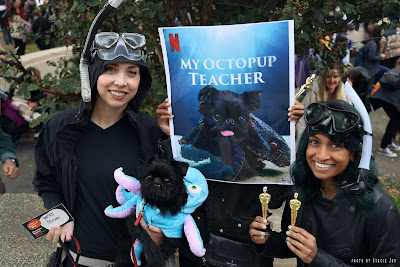 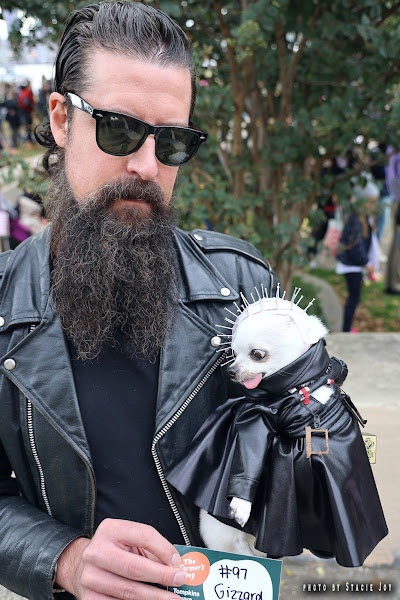 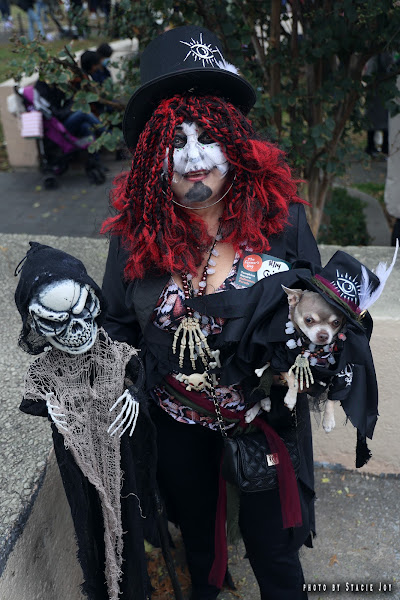 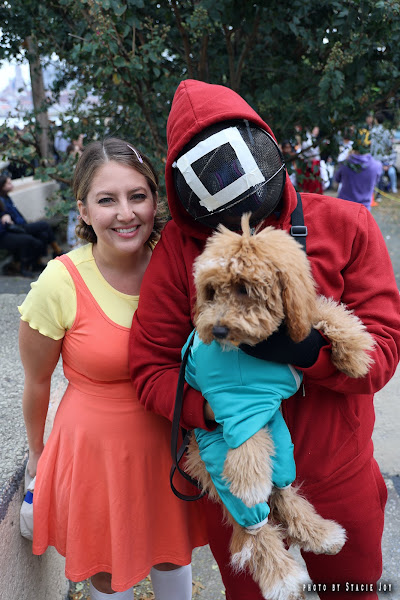 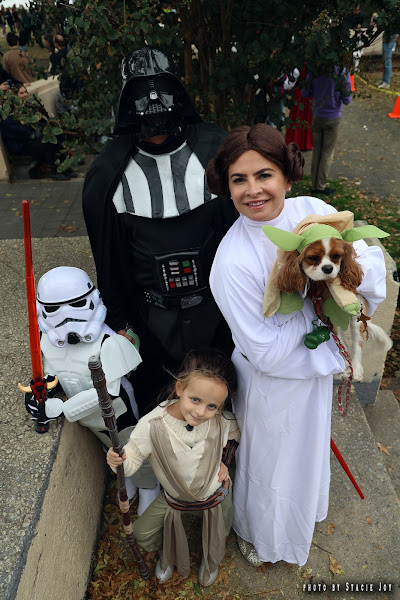 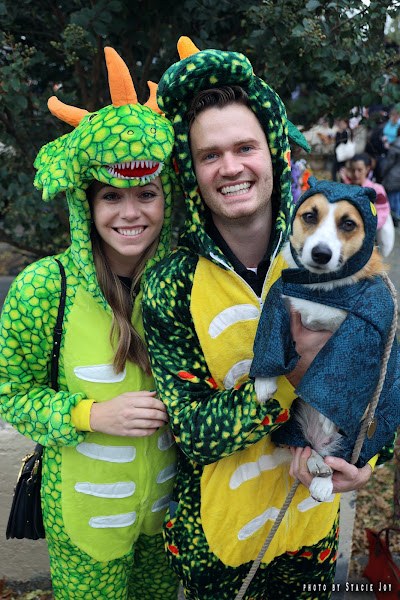 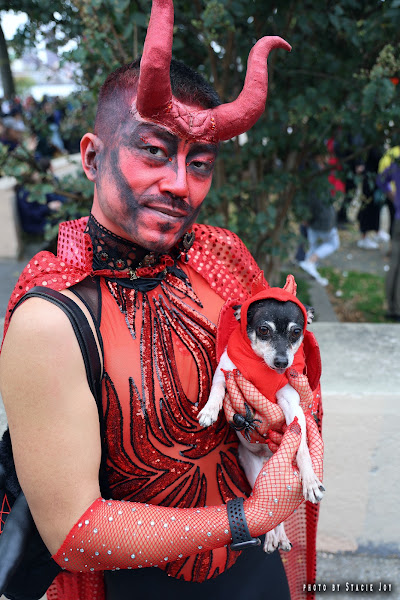 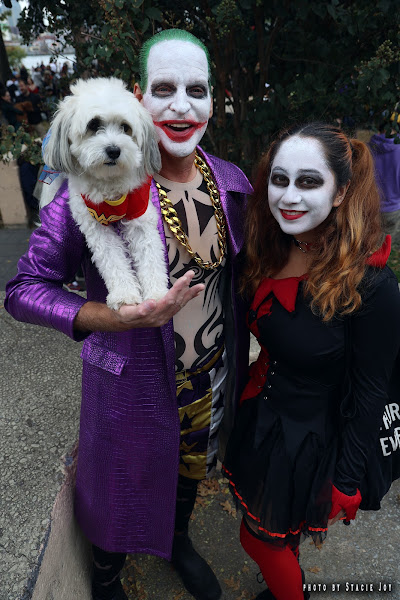 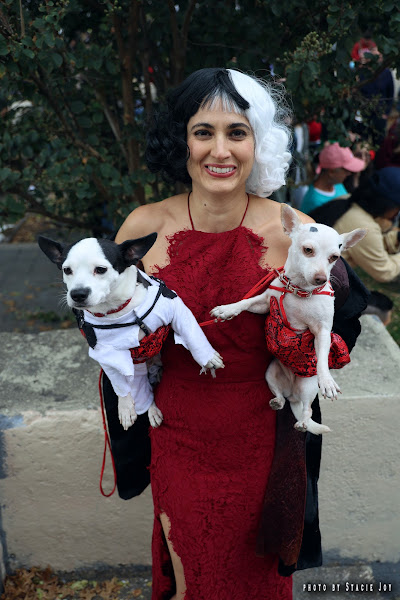 The Dog Parade, which outgrew Tompkins Square Park, took place in East River Park in 2018 and 2019.
With the gutting of East River Park expected to start in several weeks, this will likely be the last time the Dog Parade is held at this venue in the foreseeable future.
Opponents of the city's current resiliency plan for the Lower East Side stormed the stage at one point to protest the impending "destruction" of East River Park. The move drew some criticism from attendees, to which East River Park Action responded in an Instagram post with: "Is the city's destruction of our park more onerous than disrupting the doggies in costume?"
Posted by Grieve at 7:00 AM

the ampitheater is being removed to destroy this kind of community.

You had me at Hellraiser.

Why is "destruction" in parentheses, as if there is some kind of question as to what is going to happen?

Looks like a lot of fun. But what are cat parents supposed to do? Why do we get left out of festivities each year?

Some of those dogs don't look so pleased.

Do any of the participants frequent the TSQ dog park?

Do any of the proceeds go towards upkeep at the TSQ dog park or to a general NYC park fund?

As it no longer appears to be a community function anymore, who sponsors and organizes these things now?

Not to be a mope, but really not up to the creativity standards of the old parade, is it?
Hellraiser is good tho.