About Bodega, a start-up that aspires to be the new neighborhood market 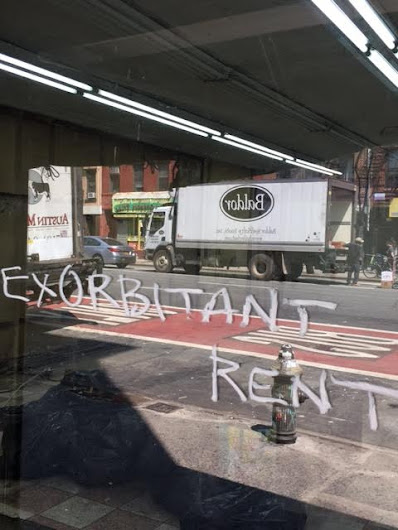 [At the former Golden Food Market on 7th and 1st]

A story today at Fast Company that may be of interest... From the article, titled Two Ex-Googlers Want To Make Bodegas And Mom-And-Pop Corner Stores Obsolete:"

Paul McDonald, who spent 13 years as a product manager at Google, wants to make this corner store a thing of the past. Today, he is launching a new concept called Bodega with his cofounder Ashwath Rajan, another Google veteran. Bodega sets up five-foot-wide pantry boxes filled with non-perishable items you might pick up at a convenience store. An app will allow you to unlock the box and cameras powered with computer vision will register what you’ve picked up, automatically charging your credit card. The entire process happens without a person actually manning the “store.”

Bodega’s logo is a cat, a nod to the popular bodega cat meme on social media – although if the duo gets their way, real felines won’t have brick-and-mortar shops to saunter around and take naps in much longer. “The vision here is much bigger than the box itself,” McDonald says. “Eventually, centralized shopping locations won’t be necessary, because there will be 100,000 Bodegas spread out, with one always 100 feet away from you.”

I asked McDonald point-blank about whether he’s worried that the name Bodega might come off as culturally insensitive. Not really. “I’m not particularly concerned about it,” he says. “We did surveys in the Latin American community to understand if they felt the name was a misappropriation of that term or had negative connotations, and 97% said ‘no’. It’s a simple name and I think it works.”

But some members of the Hispanic community don’t feel the same way. Take Frank Garcia, the chairman of the New York State Coalition of Hispanic Chamber of Commerce, who represents thousands of bodega owners. Garcia’s grandfather was the head of the Latin Grocery Association in the 1960s and was part of the original community of immigrants who helped settle on the term “bodega” for the corner store. “To me, it is offensive for people who are not Hispanic to use the name ‘bodega,’ to make a quick buck,'”Garcia says. “It’s disrespecting all the mom-and-pop bodega owners that started these businesses in the ’60s and ’70s.”

Trying to destroy bodegas with a startup called “Bodega” that has a bodega cat logo is… just awful. https://t.co/1W4pSnXoXn

Weird that they're calling this heinous vending machine "Bodega" and not "Gentrification Box" https://t.co/xPCozclRRD

If Bodega were called Nile or Mississippi, would reaction have been the same? FreshDirect, Amazon are active in NYC & not great for bodegas.

I see the Bodega backlash backlash has begun.

*rubs hands together* Just as the machine learning predicted.

NcDonald addressed the backlash and offered an apology in a follow-up post on Medium.
Posted by Grieve at 1:00 PM 35 comments:

What we'd lose if we lost the neighborhood delis

7-Elevens and neighborhood delis/bodegas have been a popular topic around here of late. (Specifically here ... and here... and here).

Sarah Goodyear had a thoughtful post on the topic yesterday at The Atlantic Cities titled "Battle Cry for the Bodega."

A few quick excerpts on the positive influence of the bodegas/delis... (she also points out their downsides, such as the less-than-sanitary conditions at some stores... but...)

[T]here’s no denying that the texture of the city would be flattened if the idiosyncratic bodega became an endangered species. Not so much because of what the stores sell as because of the larger role they play in the community.

As an example, she cites a friend, a single mom raising a 10-year-old son. They live across the street from a bodega ...

... where a group of regulars spends the whole day either out front (if the weather is good) or by the cash register. Sometimes they drink a bit much, it’s true. But they are a living example of the "eyes on the street" that Jane Jacobs loved to talk about. My friend’s son feels safe walking home from school because he knows those folks are watching out for him, always calling out to him by name as he passes by.

If that bodega became a 7-Eleven, it’s hard to imagine that the inspectors from corporate headquarters would want those guys in the picture. That would be their loss. And everyone else’s.

Also, we'll have more info later on Saturday's Bodega Walk with the No 7-Eleven Committee...

[File photo/Bobby Williams]
Posted by Grieve at 6:20 AM 10 comments:

The corner of 10th and C ripe for something new and trendy?

Christine's Deli and Grocery on Avenue C at 10th Street has closed... the inside has been gutted.... and the roll-down gate was freshly painted by workers this week... 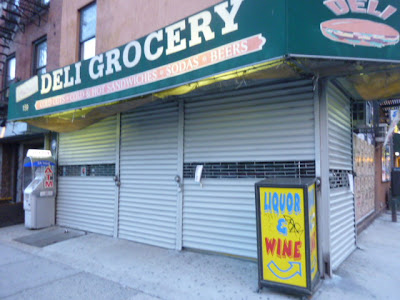 There's always the Avenue C Deli on the corner of 12th Street, though be mindful about loitering.... 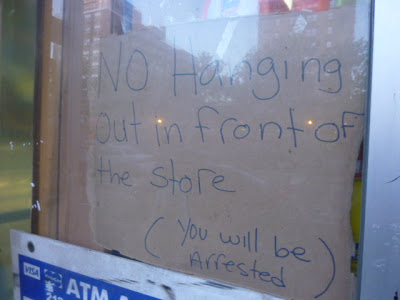 Anyway, as for 10th and C... I'm curious about the future here... what direction will it go? Something for the community (grocery, laundromat, etc.) or, say, another bar to complement the nearby Sunburnt Cow and East Village Tavern?
Posted by Grieve at 6:38 AM 4 comments: 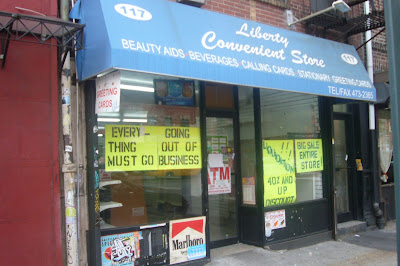 The location is now home to a children's shoe store that doesn't appear to have a name just yet... 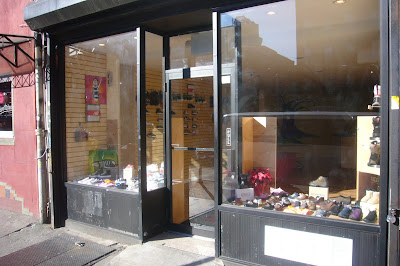 The former location of Wilfred's Tailors at 149 First Avenue near Ninth Street will soon be a convenient store. 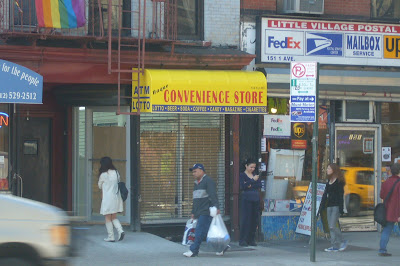 This spot was vacant for some time since Wilfred's moved to 23rd Street. Well, uh, at least it's not another Momofuku?

Previously on EV Grieve:
A new convenience store for First Avenue
Posted by Grieve at 9:56 AM No comments: 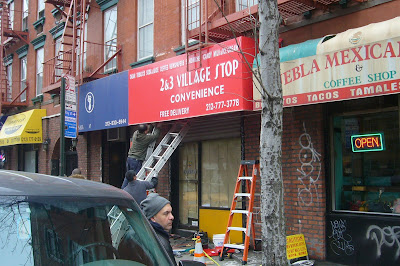 The former Health Conscious Express at 45 First Avenue between Second Street and Third Street is becoming a convenient store...convenient for people who don't feel like walking four storefronts to the south to shop at NY Village Deli.

And the new place will deliver, the sign says.
Posted by Grieve at 6:07 AM No comments: