The accident waiting to happen happened

ConEd has been doing some work on First Avenue near St. Mark's Place. 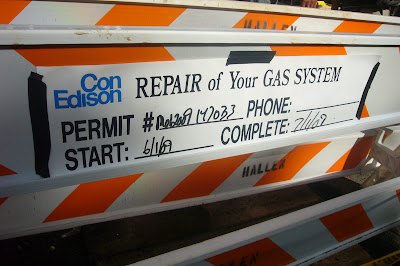 With the metal plate and uneven surface, you can't help but think someone could take a nasty fall on this... 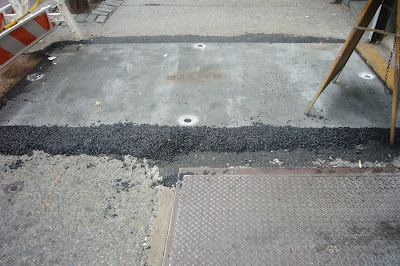 Well, unfortunately, such an accident happened early Friday evening. A woman tripped on the plate and plopped down. She was not injured. However, a woman walking directly behind her tried to stop, but got tangled up and fell. She smashed her face on the sidewalk. 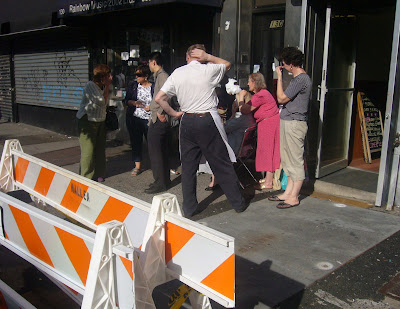 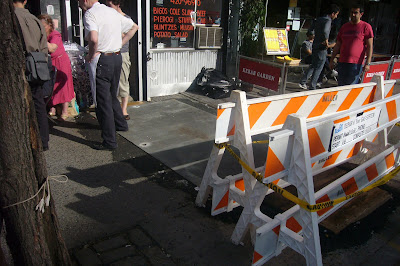 Several people stopped to help. A chair was produced for her. She leaned back in the chair with a handkerchief covering her bloodied nose. Someone called for an ambulance. Someone called the woman's husband. Photos were taken of the uneven surface. Business cards were exchanged. Someone also called 311 and ConEd to complain.

The ambulance arrived and the dazed woman was treated for her injuries. 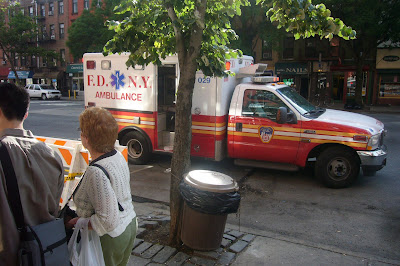 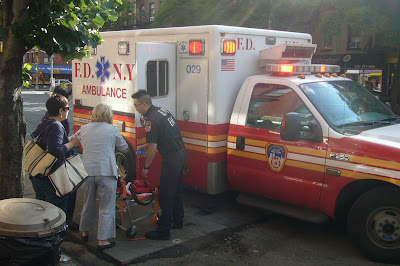 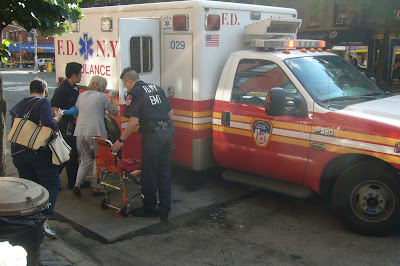 As of Sunday afternoon, the sidewalk remained as it did at the time of the accident.
Posted by Grieve at 6:53 AM