Last November, we noted that Bellet Construction at 238 E. 4th Street near Avenue B was coming down... At that time, the paperwork taped to the front said the space will become a two-family residence.... 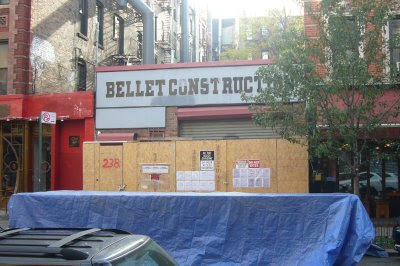 And in April, the building came down. 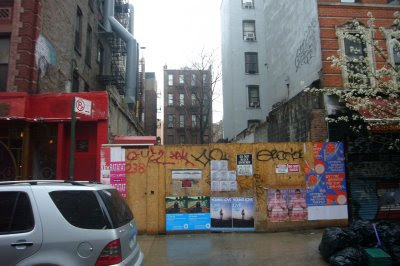 Now, according to the Post, Bob Novogratz (of the super-awesome family fame!) is "designing and developing a 3,000-square-foot Alphabet City penthouse that should hit the market at $4 million in the next week or so. The penthouse is part of a six-story, 25-foot-wide townhouse at 238 E. Fourth St., between avenues A and B. It was a former industrial space that has been rezoned."

"The townhouse's owner is design writer Sue Hostetler, who plans to live with her family in the first four floors of the townhouse while selling the top two. The Novogratz family is developing the two-floor home through their firm Sixx Design, which is also the name of a Bravo reality TV show they are working on.

"The penthouse comes with a private elevator and a 1,200-square-foot roof garden. Because it is a custom home, Bob says it could be three bedrooms or more (or less) depending on the configuration. Wendy Maitland from Brown Harris Stevens will market the listing."

Here's a progress report. The foundation is coming along... 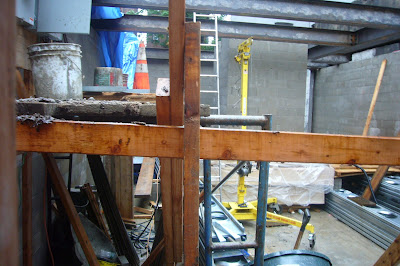 its so nice to see the ponzi scheme doesn`t effect you. I hope you didn`t press charges against the gentleman who complained about the noise your non union scabs where making who got arrested. Thanks for the complete gentrification of the last banyan of hope on the lower east side.