So we spotted this on the plywood along Third Avenue between 13th Street and 12th Street Saturday... 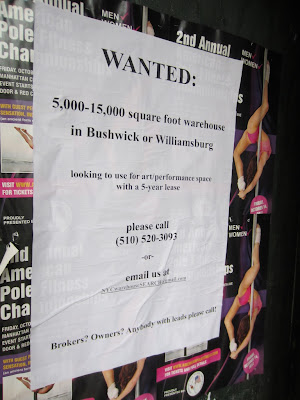 Intrigued, we emailed the address listed...

Turns out the people behind Unicorn Meat NYC — "an underground, art based nightlife production group" are looking for permanent space. Per the Unicorn Meat website:

We will fill the walls and ceilings with LED art and 3D projection. It is our belief that people controlling the underground nightlife scenes in NYC are simply not doing what they could be doing with warehouse space. It's our dream and passion to bring you an eclectic and electronic based space that will blow you away and take you to another place.

In the email, Unicorn's Alex Kay wrote, "We get large multi-thousand person crowds and need to be able to put them somewhere we can run. Venues in NYC are difficult to work with so we are starting our own."

"We put some of the signs up in ... Williamsburg and they disappeared. Why? I believe they were taken down by brokers who don't want us going around them. The one in the city stayed up."

Actually, as of Sunday, someone had removed this poster too. Or maybe someone wanted a closer look at the American Pole Fitness Championship crotch. 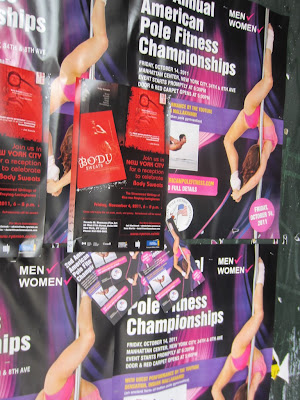 this is a dystopia.

i wish them well and will go to heir parties. VIVA LA UNDERGROUND