Firefighters were on the scene this morning outside the condemned buildings at 9-17 Second Avenue... one day to become a 12-story apartment building. 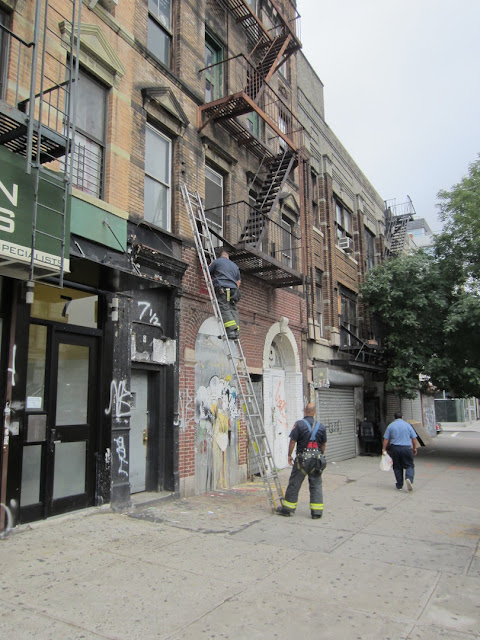 They were marking the building with an X. As a firefighter on the scene put it, the X means "to stay out." 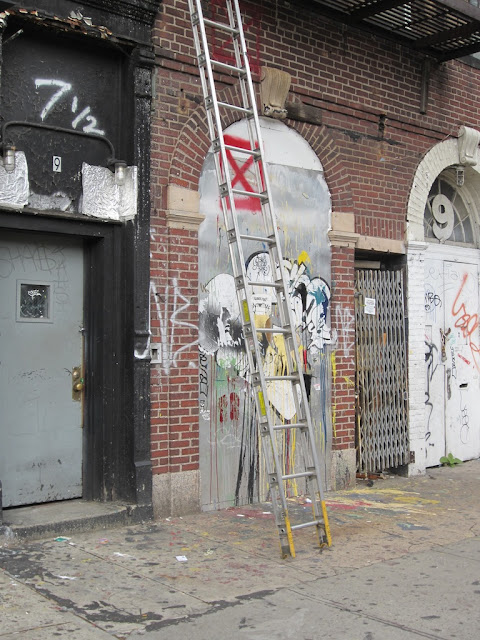 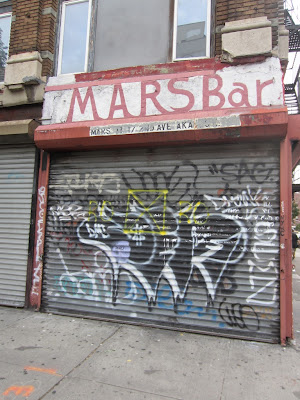 And up Second Avenue between Ninth Street and 10th Street... a crew arrived for testing at the former Sigmund Schwartz Gramercy Park Chapel. 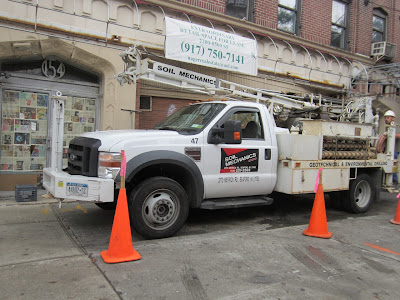 In June, Off the Grid, the blog of the Greenwich Village Preservation Society, reported that the owners have applied to make substantial changes to the 1937 building. Indeed.

On Sept. 9, the city approved plans to "Remodel the existing three story building and add 3 stories on top." The architect is Ramy Issac — "The controversial penthouse king of the East Village." Per the DOB, the ground floor is marked for commercial use. We haven't seen any renderings just yet... (let us know if you have...) Also looking forward to the marketing materials — "your chance to live in luxury above a former funeral home! Featuring kitchens with granite countertops and high-end appliance packages such as Kohler and Bosch!"

Anyway, pay your respects while you can. And check out the history of the Sigmund Schwartz Gramercy Park Chapel at Jeremiah's Vanishing New York.
Posted by Grieve at 11:50 AM

Does anyone have an update on the development at 9-11 2nd? The city seems to be doing its part to prepare for demolition, but I'd heard rumors that the developer was having problems.