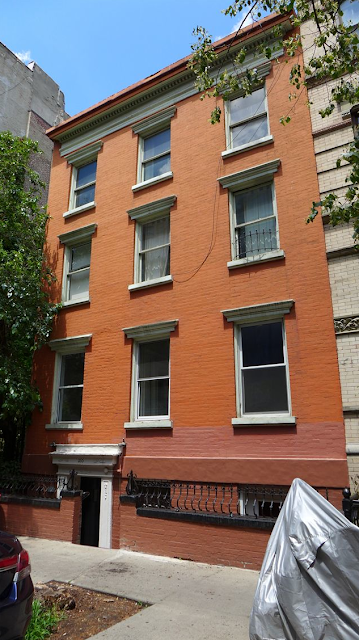 Well, as we noted previously, the buyer opted for plan B.

An EVG reader who lives nearby shared photos of the demolition underway… (Another neighbor noted that the asbestos removal started in late 2014.) 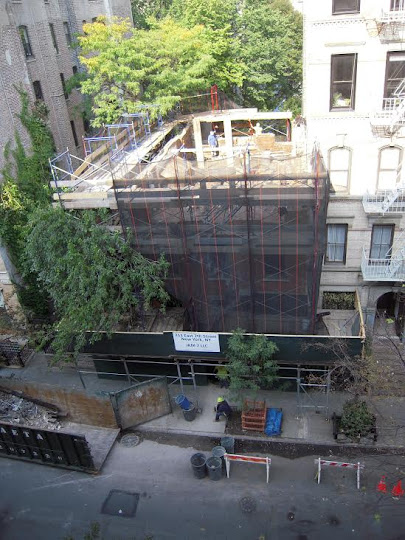 Per the reader: "Brick by brick, 253 East 7th Street disappears into history, clearing the way for luxury development." 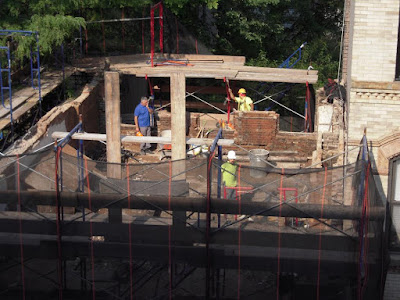 There are permits pending approval at the DOB for a 6-story building with six residences.

The building exchanged hands in August 2014 for $4.3 million to an LLC with a Grand Street address.

I wish I'd had the funds to buy this building and preserve it...it's always been a favorite of mine. I feel sorry for the neighbors!

I live a few doors down and pass it each day. The buyer has complete reign of what he or she wants to do. It is a clear sign of how our beloved neighborhood of Alphabet City is headed upward on a slope of change. In the past five years since I've lived on C and 7th, significant changes have happened. For the better. For the most part. For the exception of Friday and Saturday nights, where twenty-somethings and bros dominate the landscape, (where I try to stay away from them), it is a desirable place to live. My primary concern is that the EV doesn't turn into the West Village. There is a lot of charm and history here. On 7th, from B to D, there have been staggering developments with buildings being gutted and transformed. While this might be good for aesthetics, the prices will rise, and might push those of us, who don't own property or make a million dollars a year, flee.

@Scuba Diver..you are right..that is what's going on..the old party is over..now there is a new one..

Anonymous 12:13: I meant my "Progress!" remark sarcastically, of course; sorry if people didn't take it that way.

I lived at 253 E. 7th on the 3rd floor for almost 15 years. I loved that space and the wonderful backyard. So sad to hear of it's demise. When the neighborhood began to get so gentrified my then landlord, Eileen North, first raised my rent 25% which I worked a lot of overtime and somehow managed to make. Then she raised it again another 25% and I had to move. So many wonderful memories were made there and it's very sorrowful to see it gone.