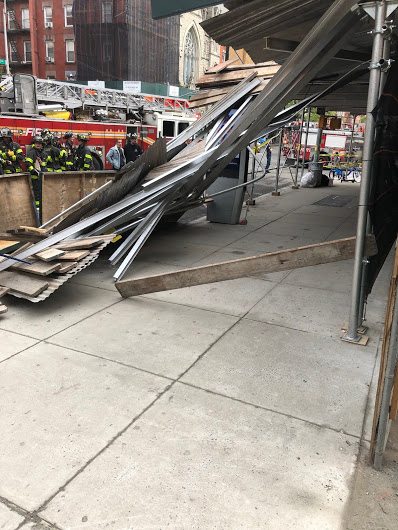 As we reported late Friday afternoon, a box truck veered off Second Avenue and collided with the sidewalk bridge on the northwest corner at Seventh Street — the site of the deadly March 2015 gas explosion.

Several EVG readers who were on the scene had said that a car cut off the box truck prior to the collision. Thankfully no one was injured.

Crews replaced the sidewalk bridge by the end of Friday.

Here's a look at the corner as of Saturday morning ... 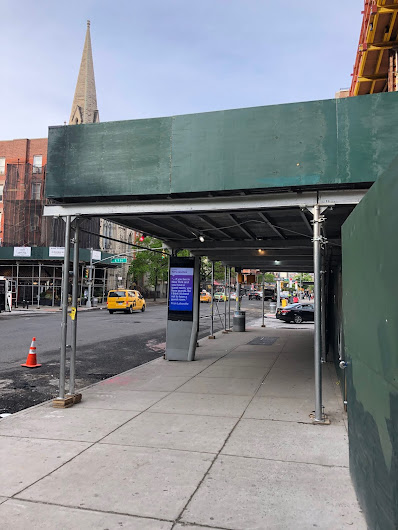 You can see how much progress has been made on the project — a seven-floor residential building with 21 condo units with ground-floor retail that got underway in January. Work looks to be starting on the fourth floor this week... 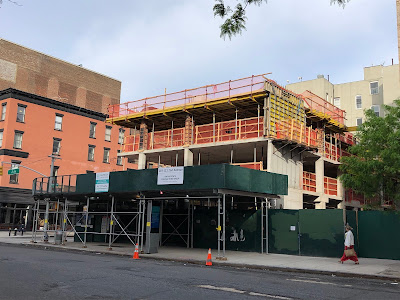 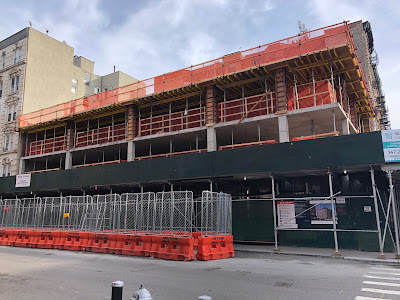 The new building will include a commemorative plaque that honors the two men who died in the explosion — Nicholas Figueroa and Moises Locón.

Previously on EV Grieve:
2nd Avenue gas-explosion defendants due back in court June 21
Posted by Grieve at 4:19 AM