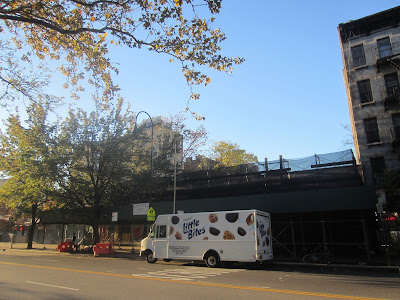 Workers have finally started demolishing the former Peter Stuyvesant Post Office … you can't really tell, though, from the front entrance on East 14th Street just west of Avenue A… 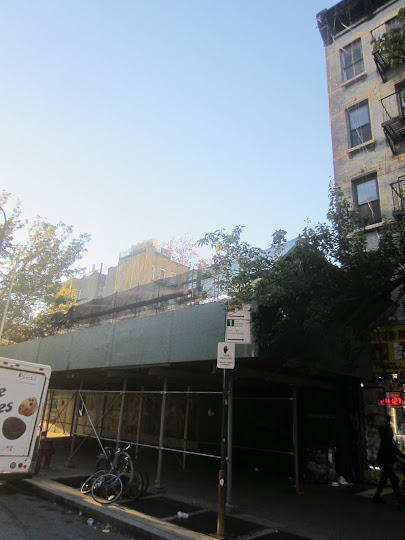 However, once you come around to the loading dock on East 13th Street … you can see the demo in progress… 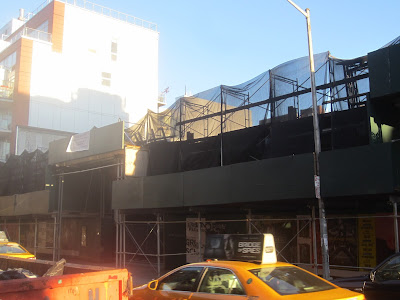 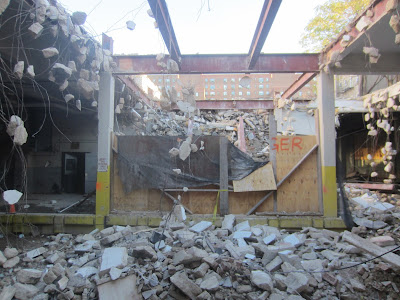 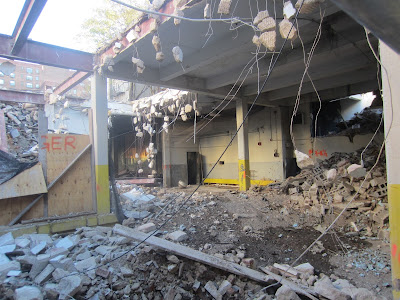 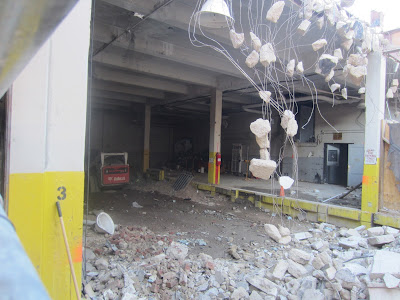 An 8-story retail-residential building — featuring 114 units — is in the works for the PO space. Still no sign of a rendering yet from SLCE Architects.

Now some bonus demo action across East 13th Street… where the single-level garages at 436 and 442 E. 13th St. are coming down to make way for the Thirteen East + West condos… 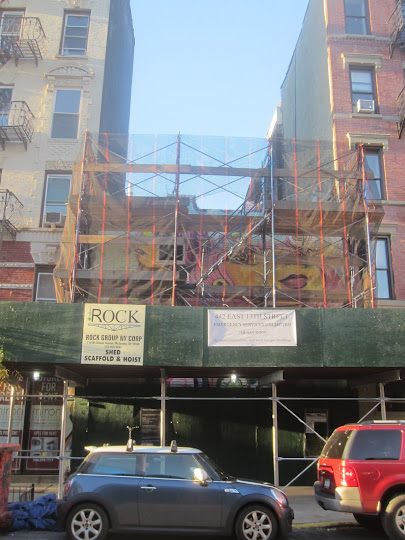 An EVG reader shared a view from above the former garage at No. 436 … 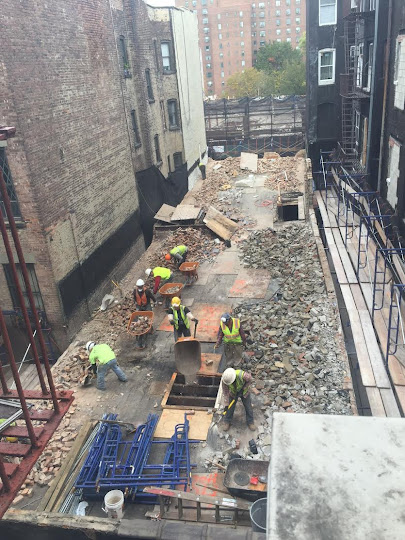 You can read more about the project here.

The former Peter Stuyvesant Post Office closer to demolition
Posted by Grieve at 4:20 AM 10 comments:


Workers erected the sidewalk bridge and scaffolding on the East 13th Street side of the the former Peter Stuyvesant Post Office two weeks ago. 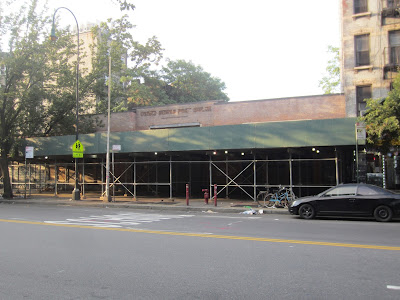 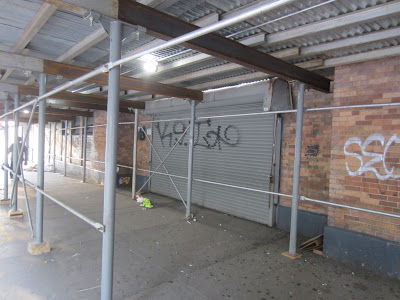 The PO closed in February 2014, though some frustrated patrons wish it had been demolished sooner. 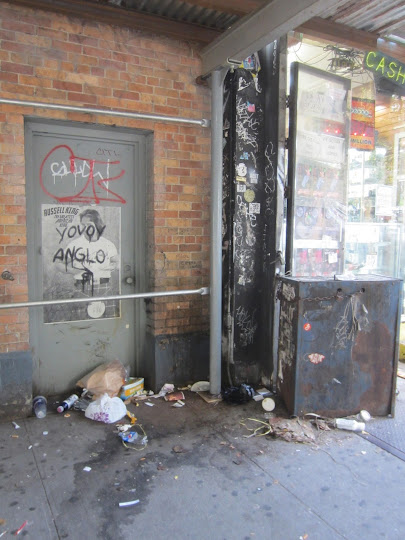 The former Peter Stuyvesant Post Office closer to demolition
Posted by Grieve at 4:21 AM 4 comments: 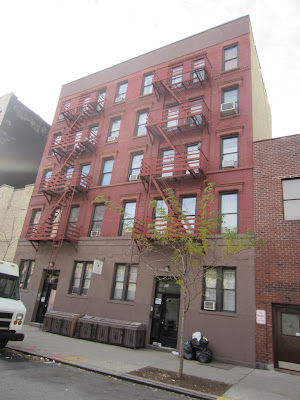 A resident shared the following with us ... about the situation for longtime residents at 438 E. 13th St. between Avenue A and First Avenue...

Rent-stabilized tenants in the building have had their electricity limited thanks to landlord Stone Street Properties. We don’t have the same wattage/volts as other apartments since November.

For example, one tenant has to turn off all his lights to microwave food. Another tenant’s lights kept going out when the fuses blew out on Thanksgiving. The solution? We must call or text our super to go down to the basement to reset the circuit breaker. The poor guy has to do this several times a day. One tenant has fainting spells and had her chin cut open a few weeks ago (from fainting in her bedroom), so having to walk around in a dark home has caused her anxiety. The same tenant can't use a space heater when it's cold out because the fuse blows.

Per the resident: "We're worried that this electricity issue won't be resolved until new management takes over. It has been tough to live with limited electricity."

Of course, the Kushner Companies have not been too popular around the East Village with the allegations and subsequent media reports of tenant harassment and quality-of-life issues brought on by gut renovations in their buildings.

Back in November 2012, news surfaced about a deal involving 11 walkup apartment buildings in the city, including two in the East Village — 438-440 E. 13th St. and 104 E. Seventh St. Stone Street Properties reportedly bought the properties for $73 million, according to The Real Deal.

We heard from a resident at No. 438 who let us know what life has been like here since the sale. First, the resident says that many longtime tenants were driven out of their units … "and we had to deal with a round of apartment gut renovations last year. But things have really gotten bad in the past two months as they have started another round of gut renovations."

Among the problems: No gas (the resident says that it was turned off on March 20). "We didn't have any heat for extended periods in January and February and a whole list of plumbing/electric/structural issues that have occurred since."

Is there hot water now?

"Yes, we do have hot water at the moment, but you never know from one day to the next. Sometimes we get notices stuck to the door, sometimes not," the resident said. "Depends on what the construction crew is doing. What we do have consistently is construction noise every weekday morning at 8 — with workers ringing all the buzzers to gain access starting at 7:45. This has gone on since the first week of March. Two weeks ago they started at 7 a.m. on a Saturday.

In the resident's opinion, "Stone Street doesn't seem to care at all. They ignore calls and emails on these issues."