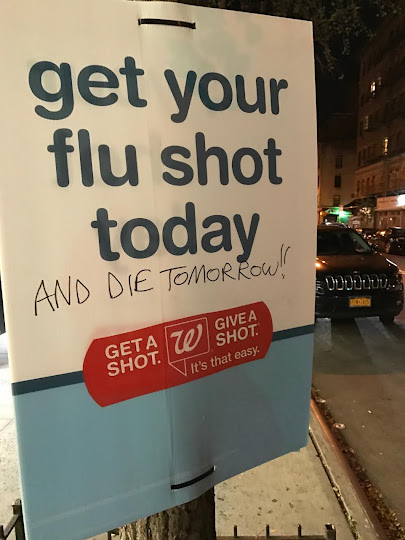 Spotted near Duane Reade on Avenue B and Second Street. Three defaced signs makes if an official trend. (See here.)

Thanks to EVG reader Noah Shannon for the photo!
Posted by Grieve at 9:39 AM 21 comments:

At the Duane Reade on Third Avenue at both Street... 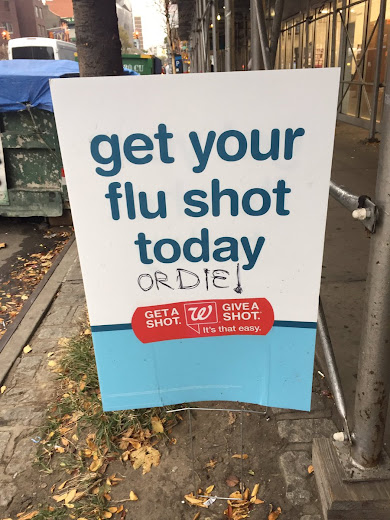 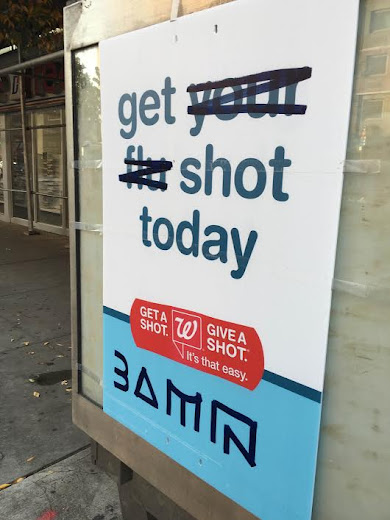 Spotted by @edenbrower outside Duane Reade on Third Avenue and 10th Street...don't put it off!
Posted by Grieve at 6:45 PM 8 comments: 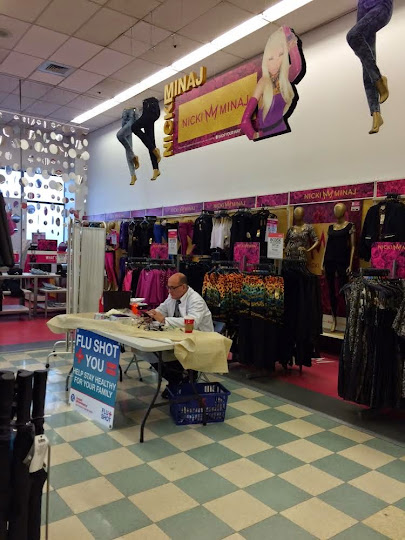 And EVG reader Riian Kant-McCormick reminds us that we can stop by Kmart on Astor Place for our Nicki Minaj® influenza vaccine...
Posted by Grieve at 5:25 PM 7 comments:

If you're reading this, then you probably have the flu 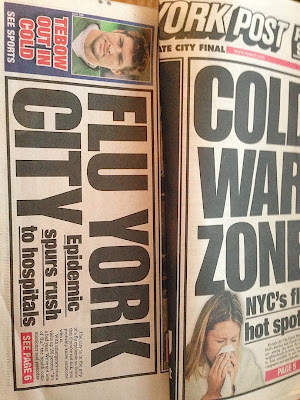 According to the CDC, we're having a flu epidemic. As you probably already know. And Gov. Cuomo, who waited until last week to get a really public flu shot, declared a state of emergency. (Aren't you really supposed to get your flu shot in November?)

The Post, leading the way in we're-all-gonna-die-from-the-flu headlines, reported that the Upper West Side and East Harlem are experiencing the most "flu-like" symptoms in Manhattan. Other high risk neighborhoods include: the East Village. Uh-oh! (We also lead the pack with the most "woo-like" symptoms.)

Yes, we all should be taking this flu business seriously. Still. Gail Collins provided some level-headed thinking in the Times yesterday:

"It’s hard for the media, or the elected officials who are currently terrifying their constituents with dire flu warnings, to know where to draw the line between encouraging preparedness and scaring the public out of its wits."

“We have an epidemic of flu every year,” said the New York City health commissioner, Thomas Farley. If there are alarming headlines, he added, it’s because public officials are “trying to get out the message to get your vaccine.” In a phone interview, Farley explained that the city declares an epidemic when more than 5 percent of the people going to emergency rooms are complaining of flu symptoms, which is unusual only in the sense that it doesn’t happen in warm weather. He also managed to work “get your vaccine” into virtually every sentence.

And people are apparently taking his advice. There's talk that you can't find a flu shot in the East Village right now... at least at drug stores.

Well, maybe. We noticed this outside the Duane Reade on Avenue B. 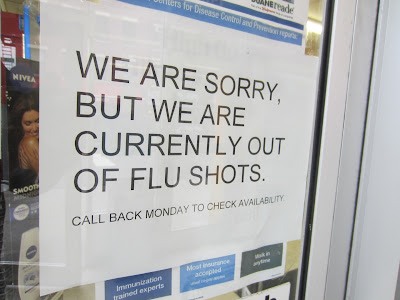 Anyone else spot similar signs at other drug stores?

Meanwhile, here's everything you need to know about the flu via the CDC website.
Posted by Grieve at 12:18 PM 11 comments: