"Some great art was produced in those self-indulgent times" 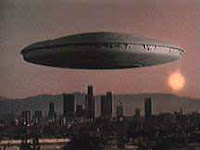 The Times checks in with a review of the new Cooper Union academic building on Seventh Street and Cooper Squuare... and they like it.

We’ll have to wait to find out exactly what the end of the Age of Excess means for architecture in New York. Yes, the glut of high-concept luxury towers was wearisome. But some great civic works were also commissioned in that era. And given the hard economic times, they may be the last we see for quite some time.

The new academic building at the Cooper Union for the Advancement of Science and Art is yet more proof that some great art was produced in those self-indulgent times.

The building occupies a contentious site at Cooper Square, between Sixth and Seventh Streets, in the East Village. The area has experienced a particularly painful process of gentrification in the past decade. First, generic glass boxes began popping up along the Bowery. Then CBGB closed. For me the final straw was the opening in 2005 of Gwathmey Siegel’s undulating glass luxury apartment tower at Astor Place, a vulgar knockoff of Mies van der Rohe’s unbuilt Glass Skyscraper project and a symbol of the era’s me-first mentality.

Yet the more you look at the building, the more it looks right at home in its surroundings. From certain angles the facade’s concave form seems to exert a magnetic pull, as if it were trying to embrace the neighborhood in front of it. The curve of the corner, which lifts up to invite people inside the lobby, has an unexpected softness. Even the bulky exterior mirrors the proportions of the Foundation building — a friendly nod to its older neighbor.

I liked the "friendly nod to its older neighbor" line.

as a Cooper alumni, I am embarrassed and ashamed beyond words.

It gets a little annoying when every new building, every piece of contemporary architecture is lumped together. I think most of the glass box condos are soulless, I think the New Museum and the new Cooper building are pretty neat.