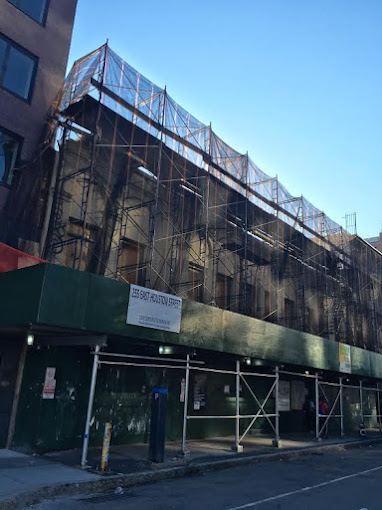 An EVG reader passed along these photos... showing the demolition in progress at 255 E. Houston St. between Norfolk and Suffolk... 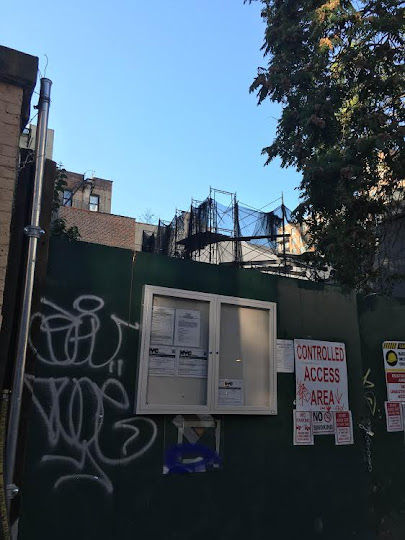 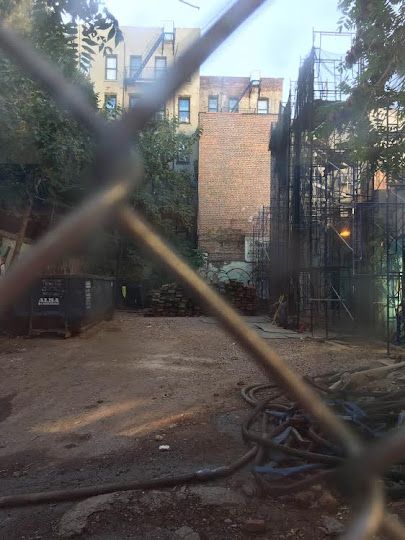 No. 255 previously housed the day-care center Action For Progress. (Read about how that building was damaged back in 2008 here.) Controversial developer Samy Mahfar, the property's owner, has approved plans for a 10-story residential complex with space for community facilities.

The new building on the L-shaped parcel will look something like this some day... per the plywood renderings... 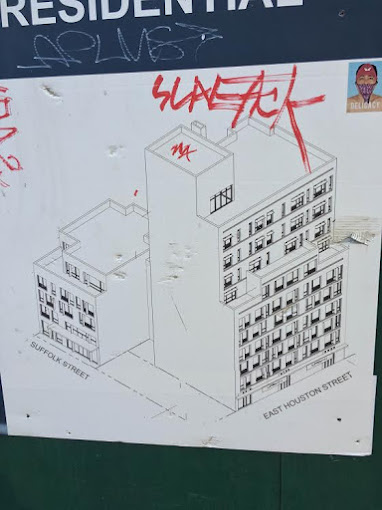 Or, the 13-floor version Mahfar was peddling ... 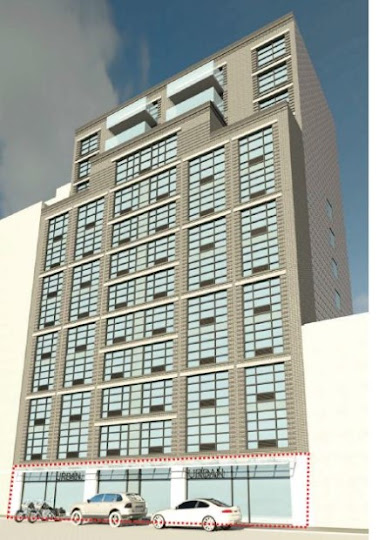 Earlier this month, Mahfar withdrew his application — after a five-year fight — for a commercial zoning change for this property and surrounding parcels.

If approved, then Mahfar would have had the go-ahead to build a restaurant or bar in the new building. The current zoning only permits a community facility.

Report: Samy Mahfar drops bid for commercial overlay on East Houston and parts of the LES
Posted by Grieve at 4:00 AM