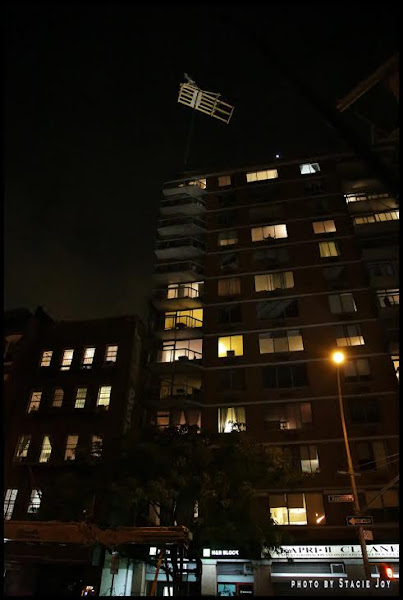 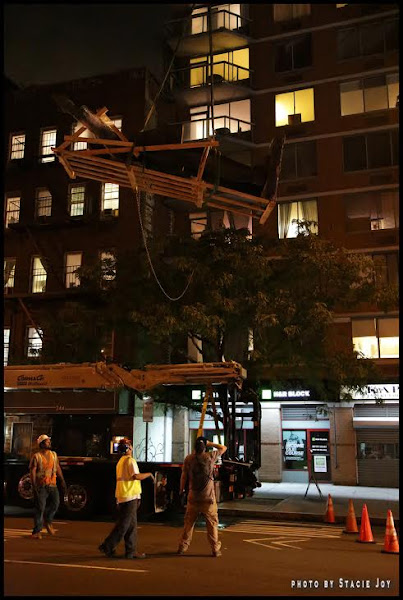 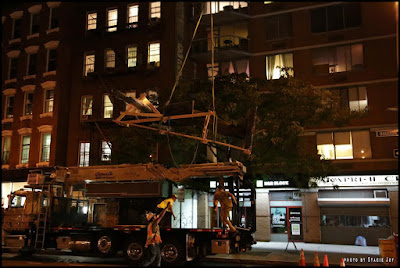 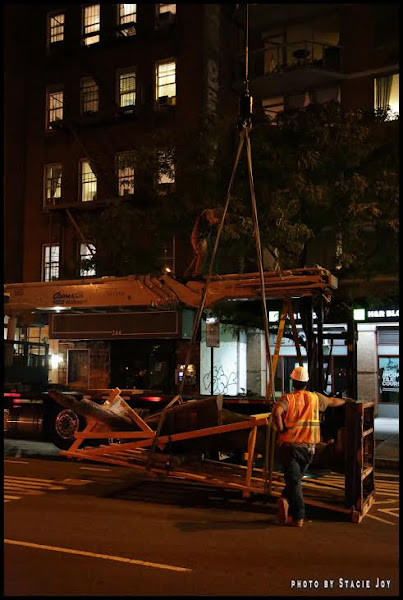 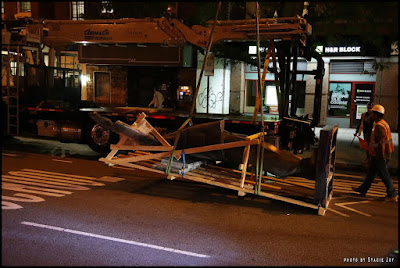 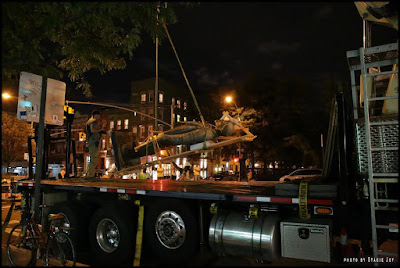 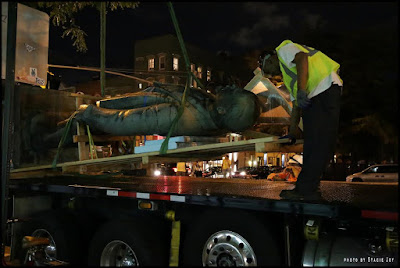 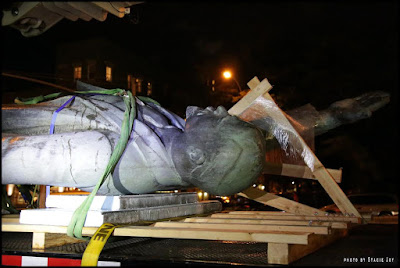 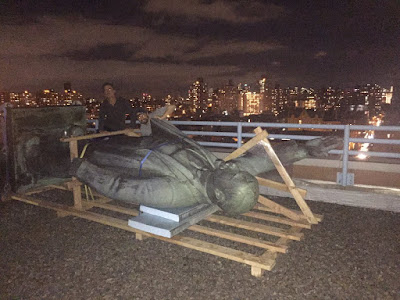 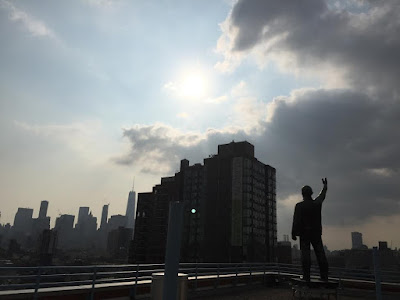 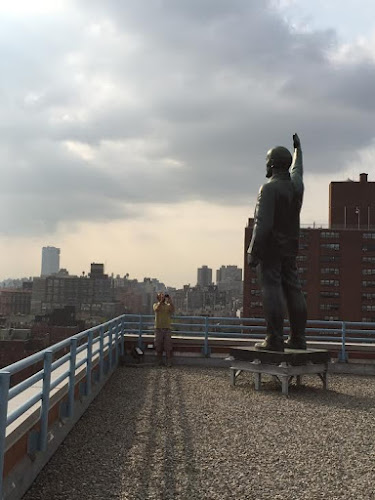 Report: Red Square has been sold for $100 million
Posted by Grieve at 4:30 AM

Will Lenin replace the cube?

Will he light up and spin on his own?!

I once knew someone who has the apartment below the statue. He complained folks would go on the roof and gong/bang on Lenin and drive him crazy. That was in the 90's so I imagine up until last night it was still a regular occurance.

The statue has been moved to a building near by, on Norfolk St

I am the Walrus?

I think it's incredible we can have monuments to mass murderers still standing but, then again, Washington DC is still full of them, so ...

Damn this sucks. I always liked him perching above Houston St. Understandable that the original owner wants it back though.

I'm going to miss this statue. It was NYC's only memorial to the greatest political philosopher of the 20th century.

I wish I had known they were removing it, I would have video taped it, like in Ulysses' Gaze.
https://www.youtube.com/watch?v=QB7RUwZuDZc

Always though that statue was a bit of fauxhemianism on the part of the developers.

Why would anyone put a statue of Lenin on their building? Lenin and Stalin tortured and killed millions of people. Anyone who thinks otherwise should speak to people who lived in the former Soviet Union under their regime. Putting up a statue of Lenin in a Ukrainian community was a disgrace. There was nothing funny, or quirky about this. Memorializing a monster in a community that suffered at his hands, shows who Michael Rosen really is.

First they take down the statue, then Brad and Angelina announce they're getting divorced. The whole world is changing so much faster than anyone can handle.

"A bit fauxhemian"? I'd say the pinacle! That along with the Red Square branding. They'll paint that over next.

Nah, "fauxhemianism" is too glib. Knowing these people, I'd say it was part sardonic humor, part wistful mourning for the fact that the only way leftists can advance their ideas without getting murdered is to do the murdering themselves, which of course is self-defeating.

The only people who have successfully advanced their ideas, long term, through lies, murder, and violence, are right-wing fascists. As we're seeing yet again.

Putin will replace him. More in line with the values of the real estate industry.

I liked pointing out this statue and the screwed up clock and the name of the building as an ironic rebuke to the originally socialist Forward Building to the South near the bottom of Essex Street, the start of many of my Lower East Side tours. Now both buildings are quite expensive and less interesting.

Communism is not cool.

The building management is not renewing leases past April? Just what the neighborhood needs. More luxury housing.

Lenin has left the building...

Whatever Rosen may profess, there is no denying that Red Square was built for one purpose only - high end housing and not for affordable housing. I always thought the Lenin statue was a joke as when the building was completed it had the highest rents in the neighborhood.
See this Village Voice piece for more info on Rosen
http://www.villagevoice.com/news/michael-rosen-fights-back-over-east-village-rezoning-6388552

@ 4:20 - A joke? Oooh, I get it now. You still think that Socialism has something to do with uplifting the poor and enfranchising the proletariat and that it wasn't an aristocratic blueprint for herd management from the start. Very, very funny.

EV Grieve has global reach! Welcome Aleksander! Well what can one say? Other than we agree to disagree. Bye bye.

Well he wasn't a mass-murderer. So..