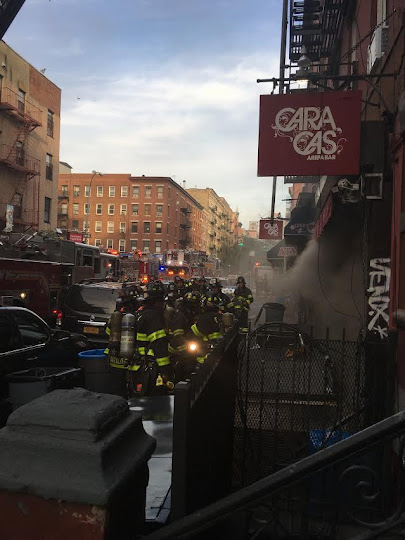 The FDNY is on the scene of a reported fire at 93 E. Seventh St. just off First Avenue... coming from Caracas Arepa Bar... 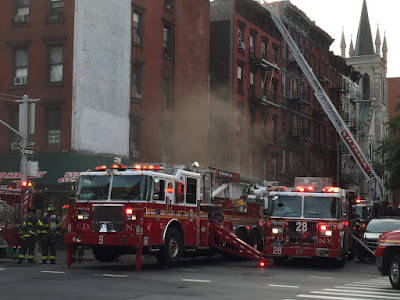 [Photo via the LES Dwellers]

Some video via Joaquin...

Two photos via Allen Semanco, who noted the quick response from area fire companies got the fire under control... residents were seen evacuated the corner building... 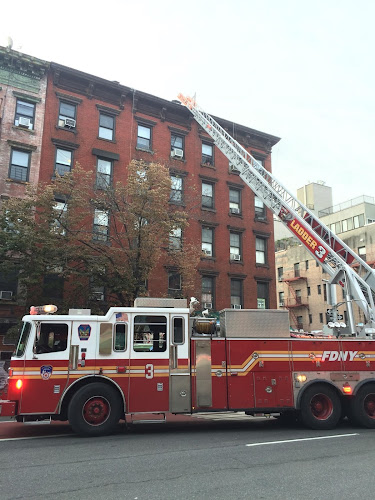 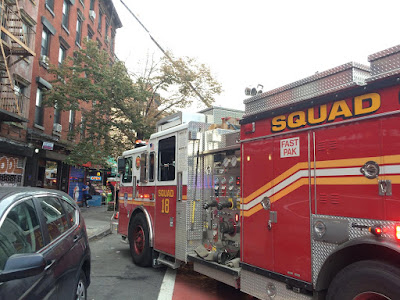 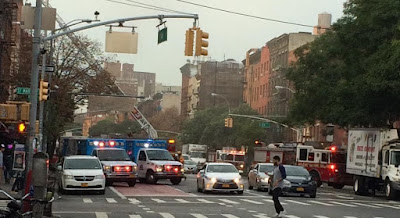 An all-clear via the FDNY...

No word yet on damage to Caracas... Luke's Lobster next door announced a delay in opening ...

Safety first today. Our #eastvillage shack is closed until we know the block is safe! https://t.co/JQGbTHUBfp

The Caracas to go space is open next door... here are the signs that greet customers... 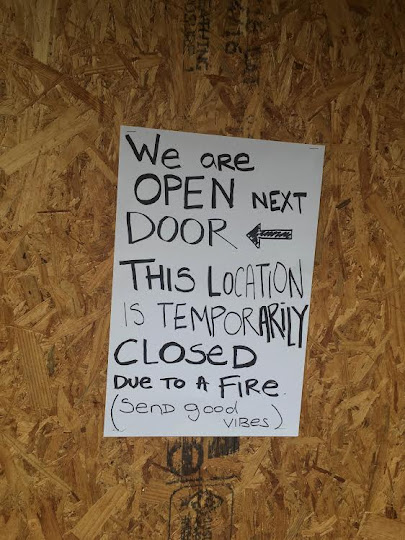 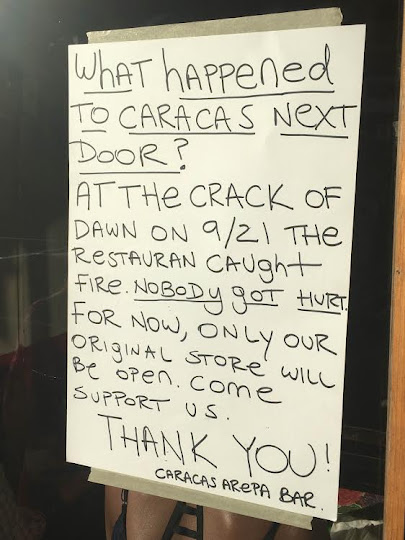 While the street-facing front of Caracas was spared, half of the restaurant — including the kitchen, bathroom, refrigeration, part of the office, and the back half of the basement — essentially “burned down,” Araujo says. Walls are ruined, the basement was flooded with a foot and a half of water, and there is currently no electricity or gas. No one was hurt, Araujo says, and the fire was contained to the restaurant.

There isn't a timetable for the return... and it could be serious enough that they need to relocate.
Posted by Grieve at 8:06 AM

Hope everyone in the building is fine...

I passed by and several onlookers told me that the FDNY were called early in the morning but left after a quick "investigation". FDNY came back at around 7am and the building was on fire. They should have stayed.... just saying.

Curse of the arepa strikes again.

Anon. 8:34, why don't you join the FDNY, since you obviously know all about how the department should work - you can give them the benefit of your greater wisdom.

So glad they were able to put the fire out. It is so terrifying when there is a fire in any of these old buildings. I wish they were all required to have sprinklers, especially when there are restaurants on the ground floor.

Anon 1:14pm - your "observation" smacks of having an inability to handle criticism. By any chance are you supporter of the God Emperor - He With Tiny Hands?

The owner of Caracas also wonders why the fire department didn't find anything after they checked out the situation at 2:30 am in a story posted on Gothamist. She isn't pointing fingers, just wondering. Feel bad for residents of this building. Gas and electric is off and restaurant was badly damaged.

Anonymous 1:14 and 2:08: it would be nice if the FDNY could explain how did they not find the source of fire or what exactly was going on when they went to Caracas at 2:30am when tenants reported smoke coming from the restaurant.

I also wonder how the person who initially called the fire dept. feels about them leaving as well.

yeah, i also wonder why the fire dept just left when they first came over knowing that there's still smoke coming from caracas... hmmm...

sonnovabitch...is this some kind of anti-Venezuelan conspiracy?!?!? First Guayoyo and now Caracas.

I hope these guys get back up and running soon. It's not an Icon building, is it?

F.D.N.Y. was originally there for more than 40 minutes. I wouldn't call that quick. Just saying

40 minutes and they didn't resolve anything. Just saying.