[Updated] Where will the Lenin statue's next reign be? 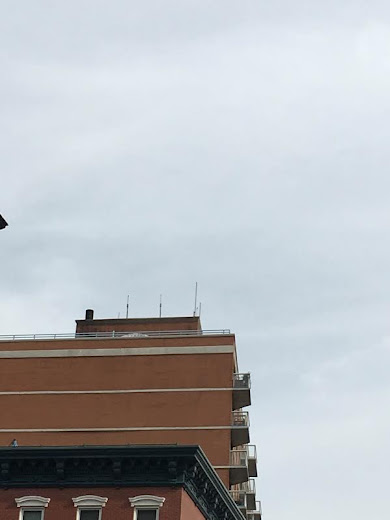 Now that workers have removed the 18-foot statue of Vladimir Lenin from the roof of Red Square on East Houston, there's a lot of speculation about where the former Communist leader might end up.

On Monday night, workers at the scene at 250 Houston between Avenue A and Avenue B told EVG contributor Stacie Joy that Lenin, who arrived at Red Square in 1994, was headed to Queens for cleaning and storage.

Meanwhile, a tipster told us that the rental building's original developer, Michael Rosen, has purchased the statue. The building is rumored to be in contract for $100 million.

The Village Voice had an entertaining phone call with someone who answered the phone at Red Square.

“It’s in the same place as Dick Cheney — an undisclosed location,” the man said, adding “I don’t even know how you got this number. I haven’t answered the phone in 14 years.”

The man confirmed that the statue was initially removed to Queens, but has already been returned to Manhattan. It needs to be cleaned and touched up a bit — Lenin’s got some tears, he said — but it will be brought back within a few months.

And finally, one EVG regular speculated that the statue would end up atop the Christodora House, where Rosen lives on Avenue B. Sure, why not. [Updated 8:10 a.m. — Rosen writes in to say that he has been living in Hanoi these recent years, and they have a Lenin in one of their parks already.]

One other item from Monday night. Apparently several people called 911 to report that someone was stealing the statue. One of the officers on the scene from the 9th Precinct said that he was responding to a call about a "landmark statue being stolen from the building by men with cranes." 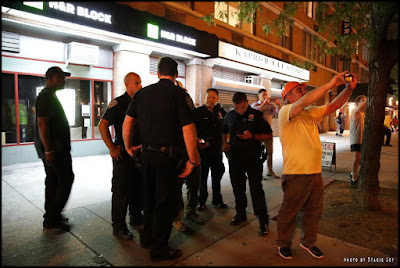 That would be quite a heist. 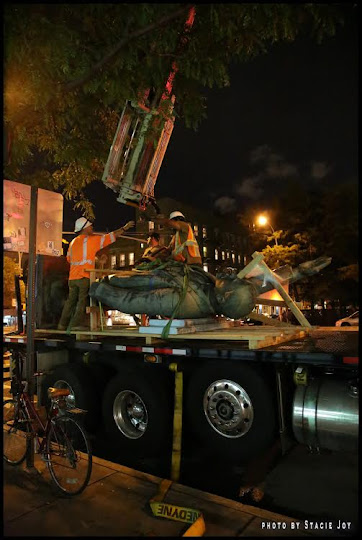 A BoweryBoogie reader spotted a crane crew hoisting Lenin up to the roof of 178 Norfolk St. yesterday ... presumably the new home for the statue. Rosen and Michael Shaoul, co-owners/developers of the original Red Square, are the owners of this 6-story walk-up adjacent to the Angel Orensanz Center.

The fall of Lenin: Iconic statue removed from Red Square on East Houston Street
Posted by Grieve at 4:19 AM

I'm glad Comrade Lenin hasn't ventured far. Hopefully he'll be perched in the front of the building, but it's a shame he won't be as visible on that street.

I'm sorry but this makes me more sad than I thought I'd be. :(

glasd it's gone..but it is now at a roof nearby..

This morning at 178 Norfolk St, the current home of the Lenin statue, there was a lot of activity very early on the roof by about 8 to 10 workman. Given the level of activity they may be getting ready to erect Lenin once again on the roof of that building. Albeit with out any permits... Lenin may rise again today!