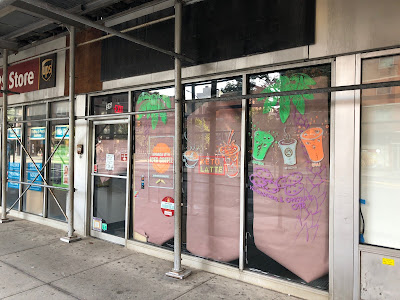 After 20 months in business, Frisson Espresso has closed on the west side of Third Avenue between Ninth Street and 10th Street.

A sign on the door thanks customers... and notes that Frisson's West 47th Street location remains open... 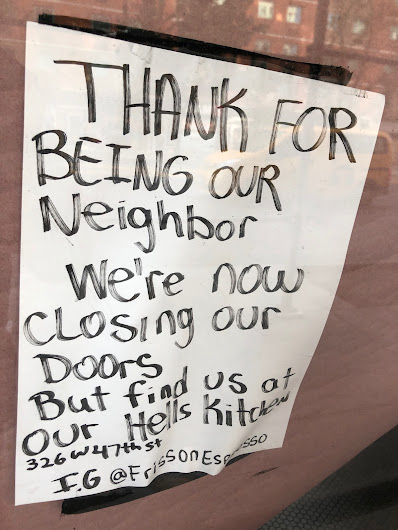 On one hand, this appears to be a potentially prosperous spot for coffee given the proximity to many college students (NYU and Cooper Union have dorms across the Avenue) ... on the other hand, there is a lot of competition right around here, including (but not limited to!) the Bean and City of Saints Coffee Roasters.

One big factor: Frisson opened here in January 2018. And the storefront-obscuring sidewalk bridge that surrounds the residential building (The St. Mark at 115 E. Ninth St.) has been up that entire time. 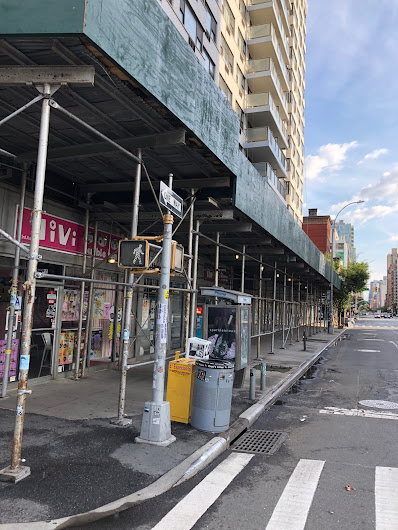 Posted by Grieve at 4:06 AM No comments: 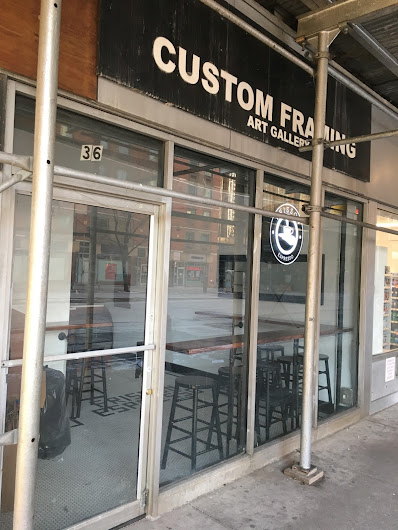 Today's the opening day for the coffee shop on the west side of Third Avenue between Ninth Street and 10th Street. 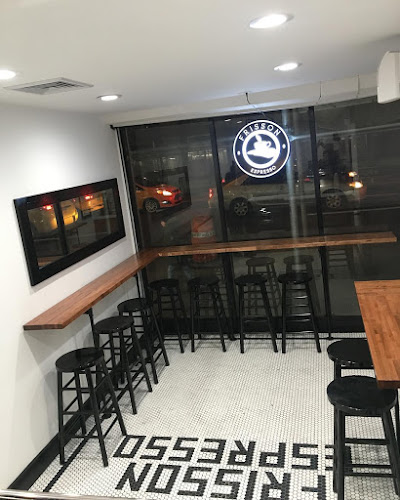 This is the second NYC location for Frisson Espresso, whose first outpost debuted on West 47th Street in December 2014.

Previously on EV Grieve:
Frisson Espresso coming to 3rd Avenue
Posted by Grieve at 4:20 AM 3 comments: 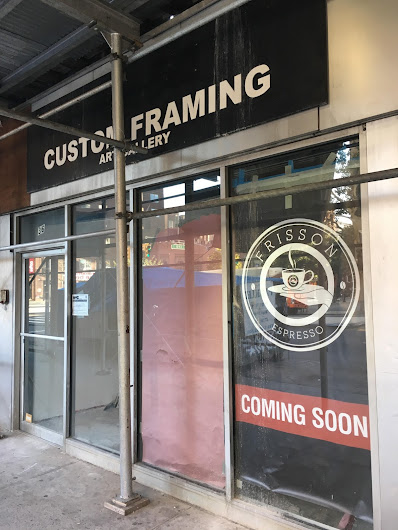 Frisson Espresso, a 3-year-old cafe on West 47th Street, is opening an outpost on Third Avenue between Ninth Street and 10th Street... 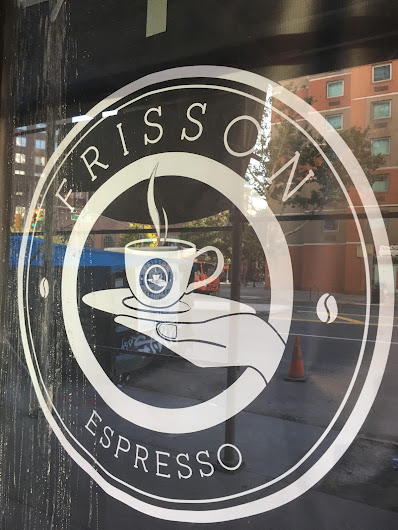 This is on the west side of the Avenue that has been under a sidewalk bridge for what seems like ages... the previous tenant here, the OJ Gallery, a custom frame shop, didn't make it a year. 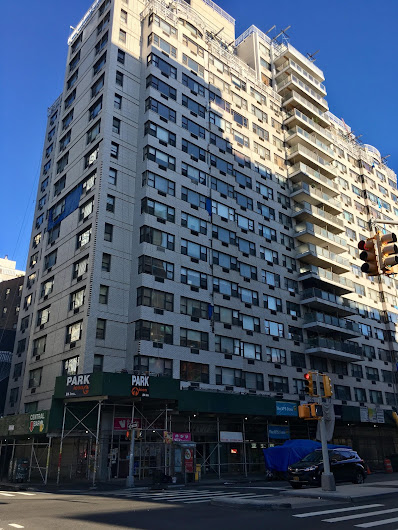 Frisson Espresso will have competition — from several places, but the new Bean across the Avenue in particular.
Posted by Grieve at 4:08 AM 12 comments: