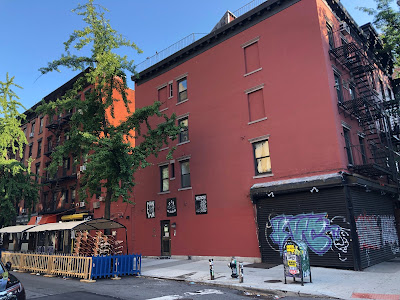 Changes are afoot at 95 Avenue A, East Village restaurateur Ravi DeRossi's complex of eating and dining establishments in the corner space on Sixth Street.

No. 95 housed three businesses: Honey Bee's, Amor y Amargo and Mother of Pearl. However, according to materials on file with Community Board 3, the spaces will be converted to accommodate a larger Amor y Amargo.

DeRossi is on CB3's SLA virtual docket tonight for the following changes at No. 95:

A rep for Derossi Global confirmed the restructuring, and confirmed that Mother of Pearl and Honey Bee's have closed. 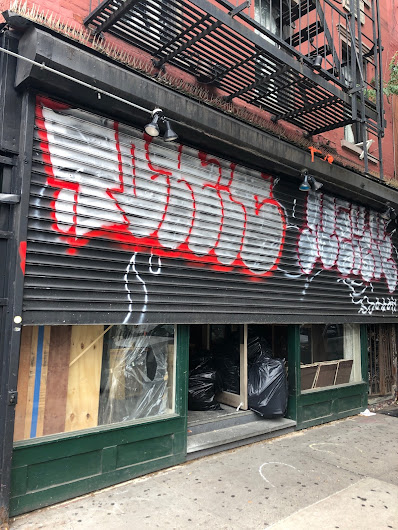 Mother of Pearl opened here in July 2015, replacing another DeRossi venture, Gin Palace. Honey Bee's opened in May 2019 in the space that was Cienfuegos for 10 years.

DeRossi is known for switching up concepts in his restaurants either after a successful run or more quickly if the space doesn't pan out. In this case, the DeRossi rep said that the restructuring was "in response to COVID-19 and the new world we’re entering."

And 95 Avenue A is not the only DeRossi restaurant on tonight's CB3 agenda: He's changing the menu at Night Music:

At the beginning of the pandemic in NYC, Mother of Pearl distributed free school lunches during the week. DeRossi also distributed free vegan meals from Avant Garden on Seventh Street.
Posted by Grieve at 6:20 AM 6 comments:

Cienfuegos bows out to make way for Honeybee's on Avenue A 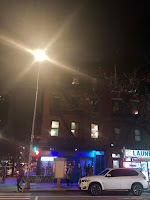 As expected, Cienfuegos wrapped up its nine-plus-year run on the second floor at 95 Avenue A on New Year's Eve.

Back in November, owner Ravi DeRossi told me that it was time to change up concepts at the space. This spring, Honeybee's, specializing in plant-based Texas BBQ and bourbon and rye, will make its debut.

Like his other restaurants — LadyBird and Avant Garden, among them — the menu will be all vegan.

DeRossi told Eater that he's experimenting with a blend of mushrooms and other vegetables to create his own "meat" patties.

He says he wants to avoid “fake meat” products like seitan — instead honing in on vegetable dishes with barbecue flavors.

At Honeybee’s, drinks will center almost exclusively on whiskey, specifically rye and bourbon, a first for the cocktail bar owner. All-American craft beers will also be served, he says.

The corner space on Avenue A and Sixth Street also houses two other DeRossi operations — Mother of Pearl and Amor y Amargo.

Previously on EV Grieve:
A concept revamp for the Cienfuegos space on Avenue A
Posted by Grieve at 4:02 AM No comments:

Honeybee ready to read your past, present and future on Avenue A 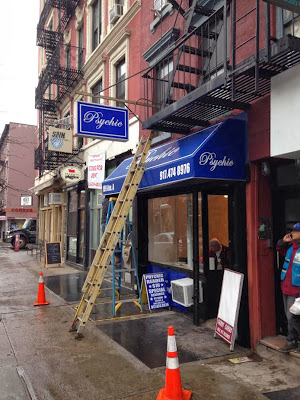 There's apparently a new psychic in town... in this exclusive report, workers this morning hoisted the new awning at 199 Avenue A between 12th Street and 13th Street... 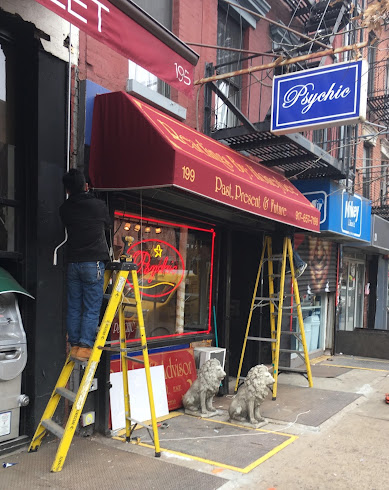 As the sign shows, Honeybee is now doing readings here, which include the past, present and future... 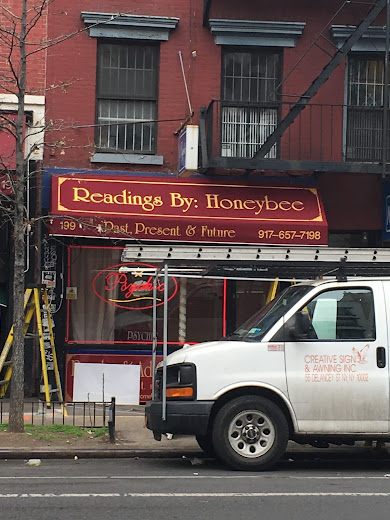 Any thoughts on the punctuation in the sign? Readings By: Honeybee. As opposed to, say — Readings By Honeybee.

Anyway! This space went under renovation in March 2014, setting a local record with a two-day overhaul. (Read that post here.)

We'll check back later on the status of the guardian lions here... 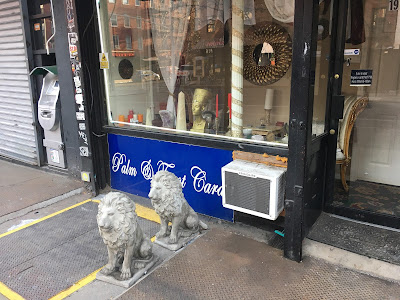 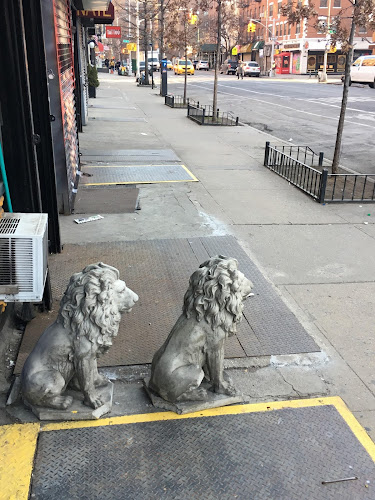