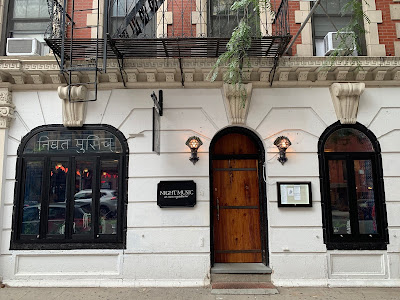 This is Ravi DeRossi's latest vegan entry in the neighborhood. Here's a blurb from Grub Street on this Indian restaurant:

This time DeRossi has a secret weapon: his mom. She taught executive chef Spencer Caine how to cook all the traditional dishes Ravi ate growing up during a months-long vegan-Indian-cooking boot camp at her house in Colorado. 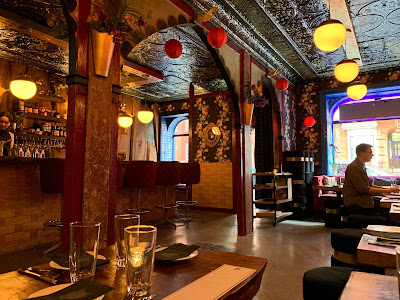 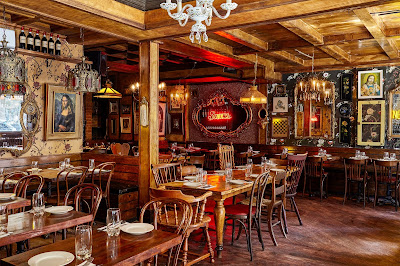 And down on Allen at Rivington, Sauce Restaurant re-opens today following a kitchen fire that forced the 8-year-old Italian joint to close back in early January.

The restaurant has been upgraded with a refreshed interior as well as a new food and drinks menu.

Adam Elzer, who took over ownership in 2016, also runs Sauce Pizzeria on 12th Street between First Avenue and Second Avenue and Coco & Cru on Broadway at Bleecker.
Posted by Grieve at 4:00 AM