Report of a car fire on East Houston 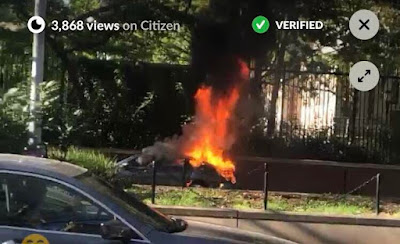 We heard from two readers about a possible explosion this morning on East Houston between Avenue C and Avenue D.

Turned out that a car parked along the eastbound lanes near Pitt caught fire. Thankfully there weren't any reports of injuries.

No one was in the blue four-door vehicle at the time, and there were no injuries, officials said.

They said liquid was leaking from the car before the fire and that the incident is not being considered suspicious.

Three FDNY units and 13 firefighters responded to the scene and put out the blaze, officials added.

Car explosion on Ave C/Houston. That was an alt side of the street parking so praying no one got hurt. 🙏 pic.twitter.com/70jlhbaN8u

Meanwhile, on Sunday night, several readers reported that a cab caught fire on 13th Street between Second Avenue and Third Avenue. The aftermath from yesterday... 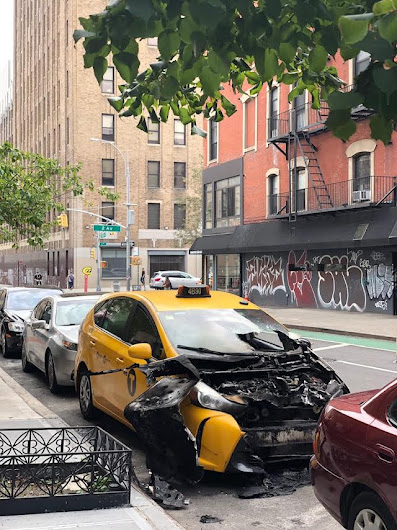 umm.. are these fires being set or are the cars trying to tell us something?