Readers reports: Police activity on 7th and B 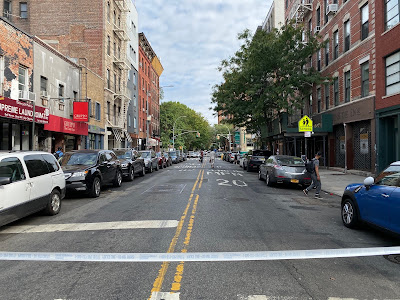 Police have the area around Seventh Street and Avenue B closed off to traffic. (The view above is from Sixth Street looking north.)

There was a report of a robbery and slashing this morning on the corner of Seventh Street and Avenue B. The Citizen app states that the injury was non-life threatening.... 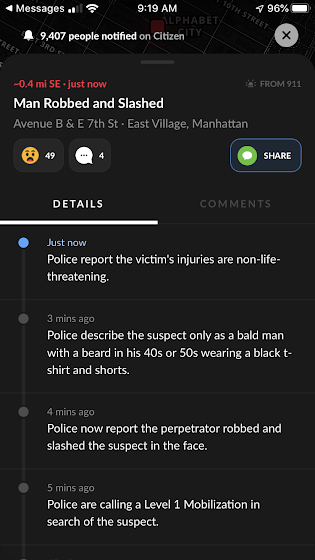 Per one anonymous tip: "I didn’t see the slashing, but I saw the guy who was slashed running after the slasher. Guys in the Park think it might’ve been a punk robbing an older drug dealer." The reader notes that this description of the crime is only speculation.

Parts of the Park are still blocked off by crime-scene tape... these photos are via Steven... 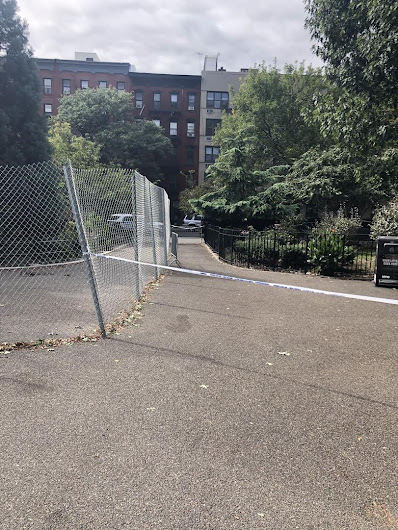 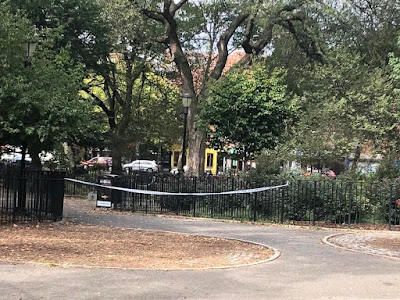 Thanks Bill for doing such a Bang-up job as Mayor. Glad to have you back destroying what you do Best!