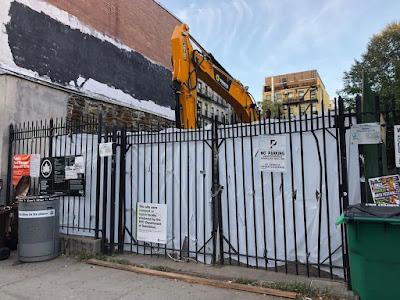 A sizable chunk of the East Side Outside Community Garden on 11th Street just east of First Avenue has been damaged during the post-fire work behind First Avenue. 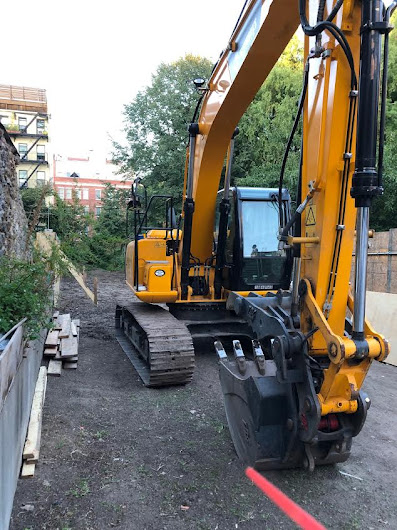 In recent months, workers have accessed the garden space to gain entry to the rear of 188 First Ave., which suffered a major fire last October. While the structural stability of No. 188 was reportedly unaffected by the fire, the extension behind the permanently closed Uogashi needed to be removed.

Meanwhile, the garden is in poor shape as a result of the demolition work... 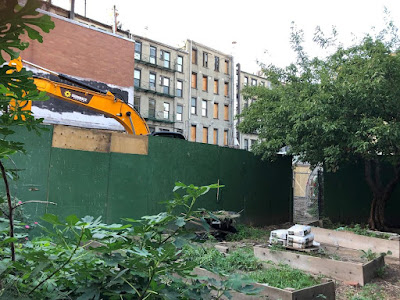 Tomorrow (Sept. 28), garden volunteers and other community members are coming together in support of East Side Outside at El Sol Brillante Garden, 522 E. 12th St. between Avenue A and Avenue B starting at noon (to dusk). Per the invite:

Come join us for food, drink, and raffle prizes from local businesses! Raffle will happen at 4 p.m. ... We are excited to announce that photographer David Croland has donated a beautiful portrait of Debbie Harry in her prime, for sale to benefit the garden!

East Side Outside Community Garden was partly destroyed in the aftermath of the October 2018 fire at 188 First Ave. We need to clean up and rebuild almost everything from scratch, and are trying to raise funds to help us reopen for the 2020 season.

East Side Outside Garden is a public community garden in the NYC Parks GreenThumb program. We offer green space and programs for community members and businesses, provide a learning lab for students at the adjacent schools, and operate a community composting program. Help us rebuild better and stronger!

There's also a crowdfunding campaign underway at this link. 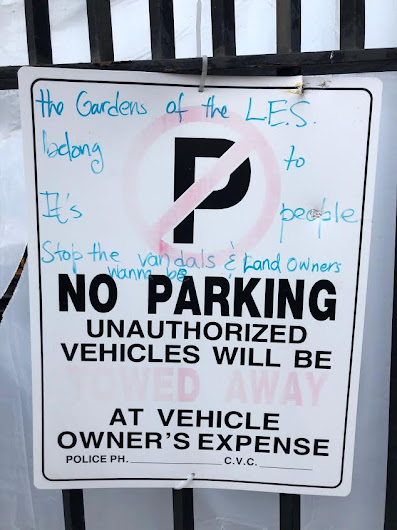 The stone wall dating to the 1860s that lines the garden was also badly damaged during the work behind the First Avenue buildings. You can read more about that at the link below...

Previously on EV Grieve:
Cemetery wall knocked down during post-fire work behind 1st Avenue
Posted by Grieve at 5:30 AM