Let's do the time warp again 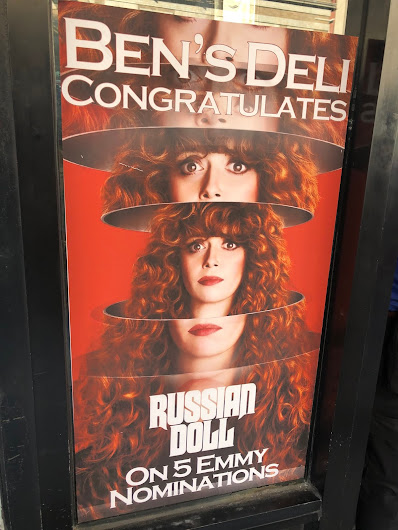 The folks at Ben's Deli at 32 Avenue B were thrilled to serve as a pivotal location for "Russian Doll" and Natasha Lyonne's character ... and, as a show of thanks, they put out this congratulatory sign today for the Netflix show's Emmy nominations.

The time looping series was actually nominated for 13 Emmys, and received three. The awards were presented this past Sunday.

"Russian Doll" will return for season two. Perhaps Ben's will make a return engagement too.

Previously on EV Grieve:
Your 'Russian Doll' reader
Posted by Grieve at 6:05 PM

The whole family are good people and I used to buy from them every day. Really miss them a lot.