At the Gem Spa Cash Mob 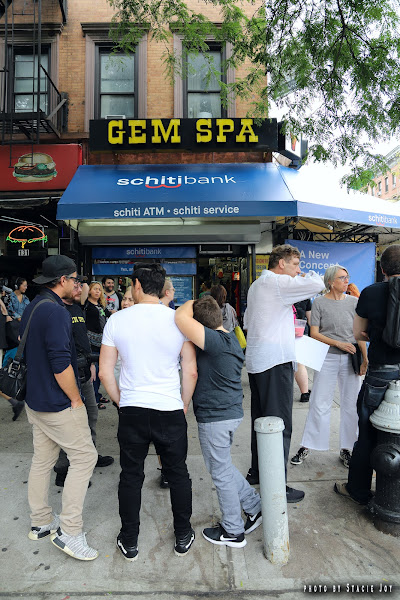 On Saturday afternoon, friends and neighbors came together for a Cash Mob at Gem Spa on Second Avenue at St. Mark's Place.

Organized by #SaveNYC and Jeremiah Moss, the effort was to help the struggling shop make up for some back rent and the temporary loss of its lottery and cigarette sales (a now-former employee was said to sell cigarettes to an undercover minor).

From noon to 2 p.m., a steady stream of customers came through the venerable shop to buy egg creams and put in an order for a Gem Spa T-shirt (a popular item now).

As previously noted, Gem Spa was adorned with signage and logos for "Schitibank," a play on Citibank, an alleged interested party in the space. (Citi denied they had any interest in the storefront.) 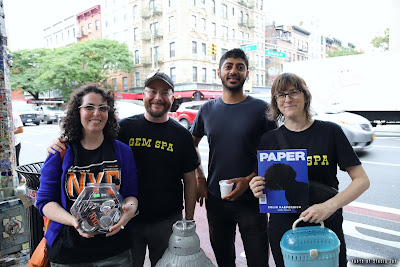 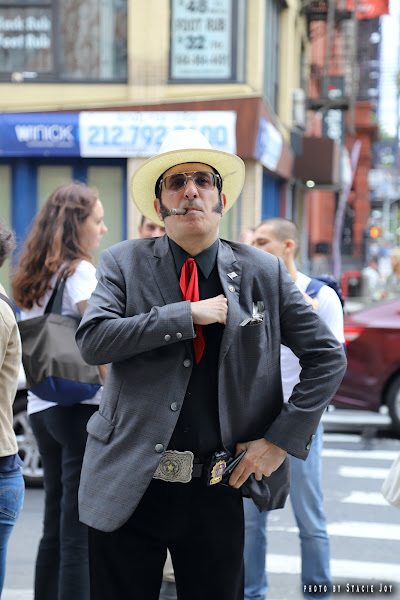 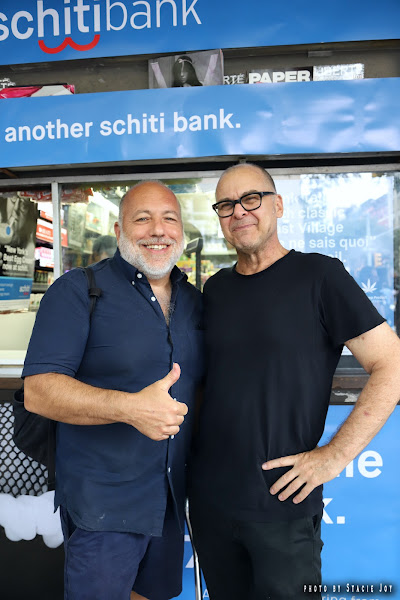 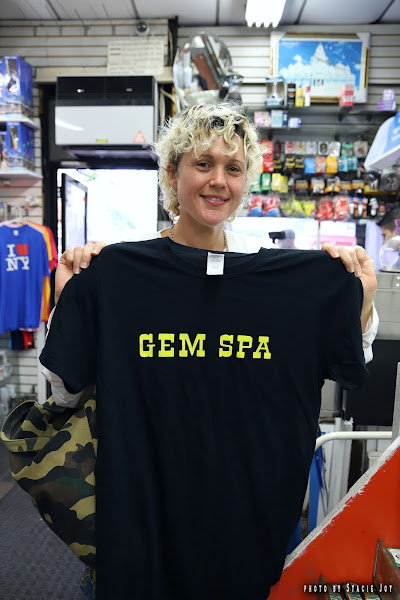 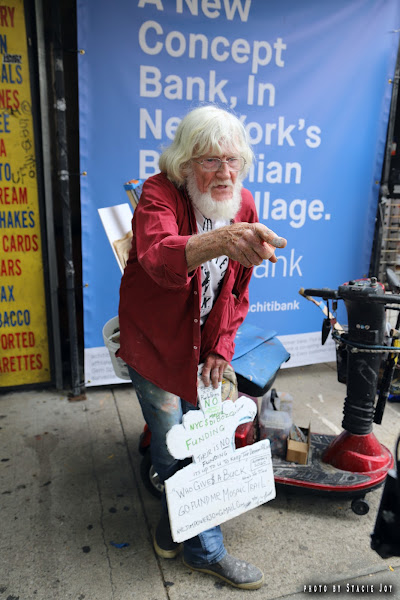 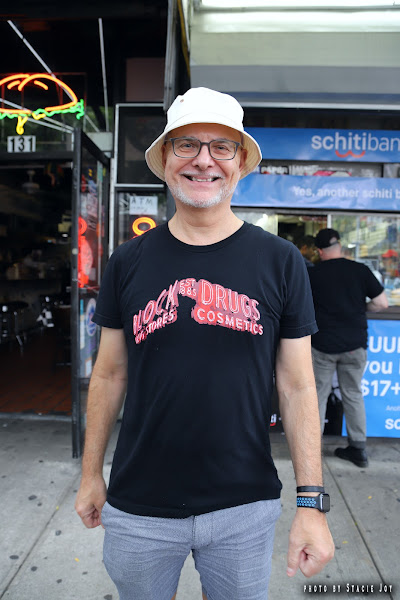 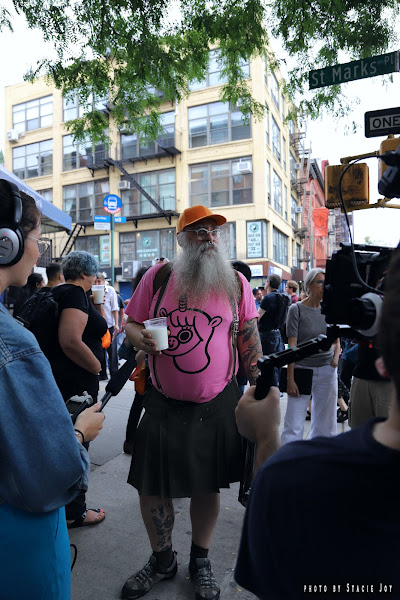 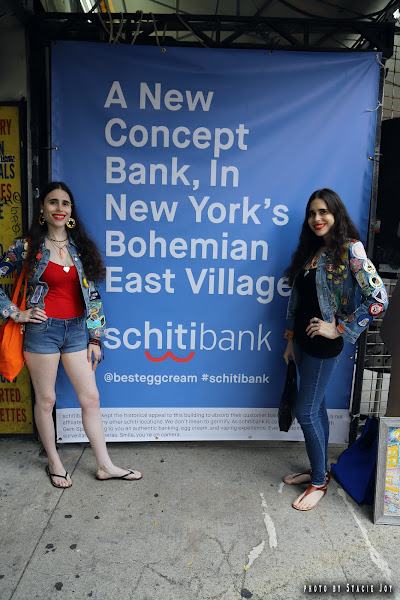 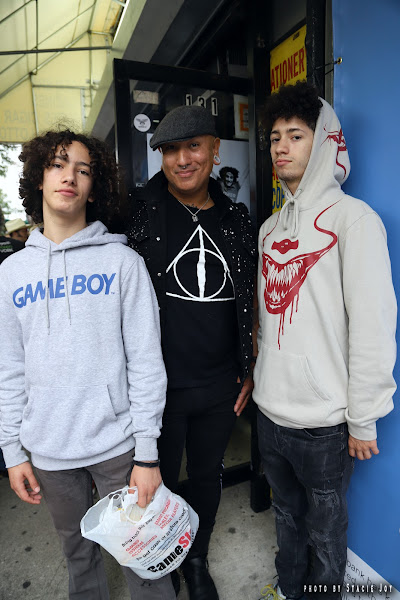 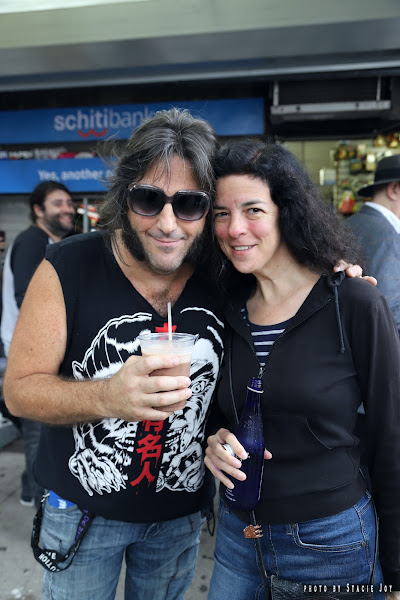 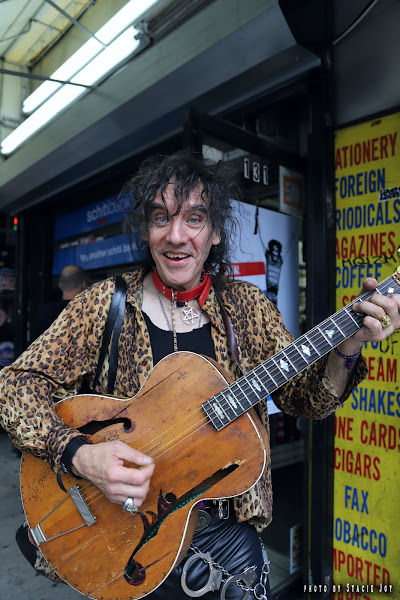 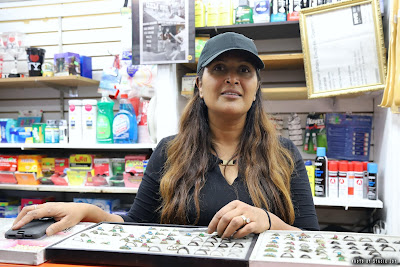 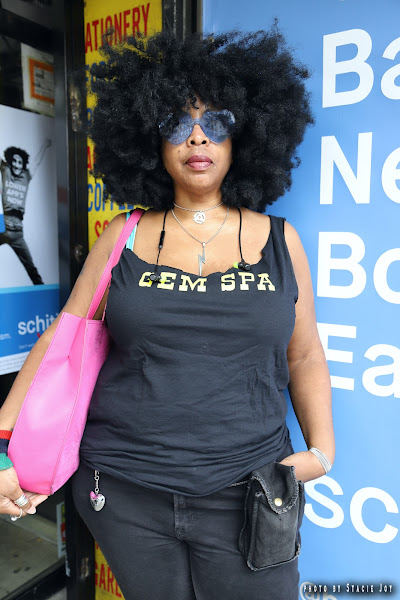 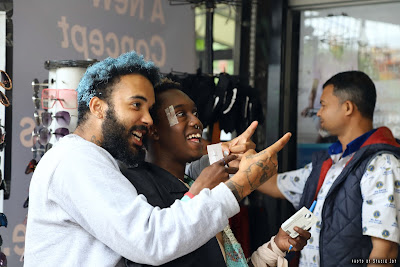 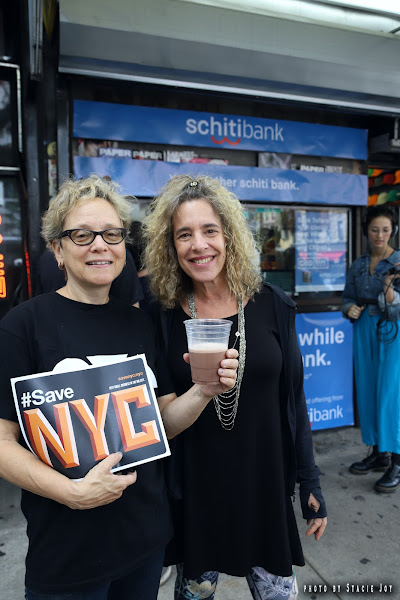 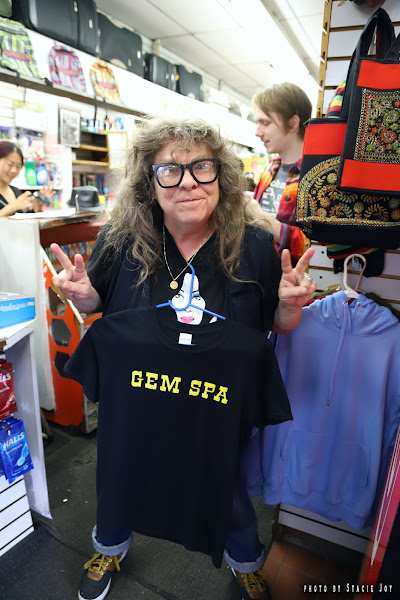 And here's a look at some of the signage that Tommy Noonan and Doug Cameron of the design firm DCX Accelerator created pro bono for the event... 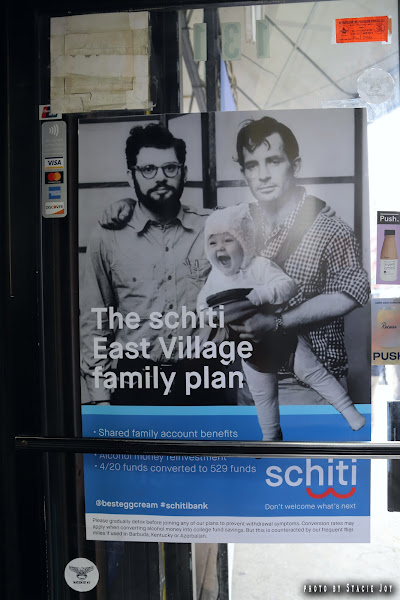 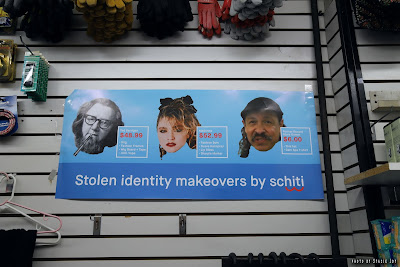 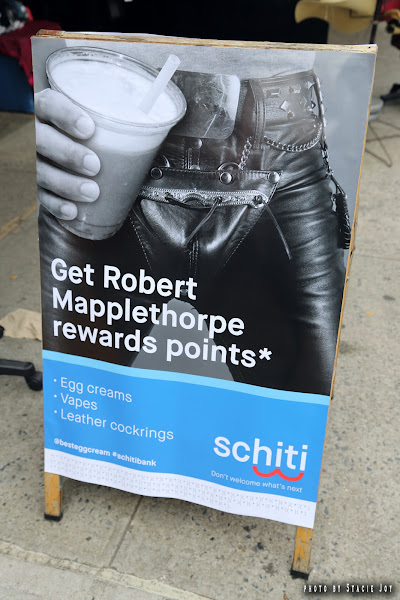 Previously on EV Grieve:
• Get your Gem Spa t-shirts or photos of Madonna — at Gem Spa! (Aug. 16)

Is that Jimmy Carbone in the 4th picture? If so, he looks great!

This is cool AF.

Great job by Parul and the neighborhood! <3 Wish this would happen every weekend. Any way to indoctrinate the NYU / New School kids too?

Have to say, the faux leather cock ring is great.

Thank you to Jeremiah for the event, and to you for the photo of me EV Grieve❤️

Gem Spa is doing everything it can to save the store, except for the most obvious thing: improve the actual store. I ducked in there last week to grab a bag of chips. Their selection is a joke -- all crappy chips with little variety. The shelving is sparse, the drink selection is pretty weak as well. With very little cost/effort they could bring in more (and better) shelving, improve their selection of products, and start trying to compete with the dozens of other bodegas within a stone's throw. They sell more than just egg cremes, or at least they would if they tried a bit harder....

Never thought I would wait on line for an egg cream, but when it's for a good cause like this...glad to seee so many neighbors come out to support this. I even recognize someone from my building, whom I didn't actually see there!

Everyone came together to help this old shop. That's amazing! But I was wondering if this is just a temporary quick fix like giving a band-aid while the wound probably needs stitches. MrNiceGUy made a good point. In order to survive, they have to improve the quality of their goods or drinks. Getting feedback from customers might be a good start before it's too late.