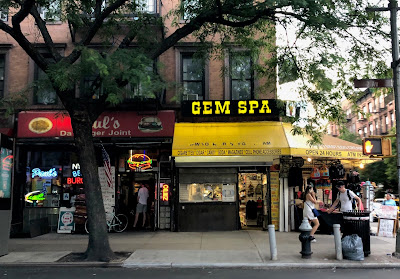 We've fielded more than a dozen queries in recent days about the situation at Gem Spa on Second Avenue at St. Mark's Place. The iconic corner shop has reduced its hours, stopped selling newspapers and magazines, and lost Zoltar in recent weeks.

The "everything must go" signs outside are also — understandably — throwing people for a loop. (We're told the shop is selling off the overstock in the basement.)

People have assumed that the shop has gone out of business — or is in the process of it... 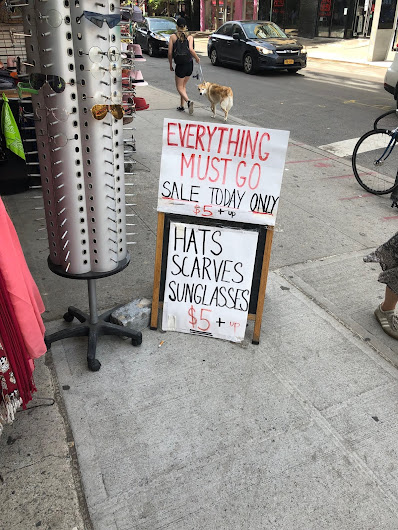 Yesterday, Parul Patel, who is running the shop for her father Ray, the owner since 1986 who's in declining health, posted the following on the Gem Spa Instagram account:

Gem Spa is open! Contrary to rumors that are circulating we are not closed and very much open for business. However there have been some changes. We have been forced to clean up our storefront and scale back our hours due to landlord and staffing issues.

The Zoltar machine was removed by its owner due to our scaled-back hours in order to prevent vandalism. A couple of months ago, we lost our cigarette and lotto licenses [a negligent employee sold cigarettes to an undercover minor] which made up for 80% of our revenues. This has significantly impacted us and as a result we have had to cut back on things such as newspapers and magazines as we simply cannot afford to carry them at this time.

We will resume carrying limited titles in about four months once we get our cigarette & lotto licenses back. Thank you to our loyal and beloved customers for their outpouring of love and support. We hope to see you soon!

She remains hopeful that the sales of egg creams, coffee, soda and other corner-store conveniences will carry them through through these next few months... 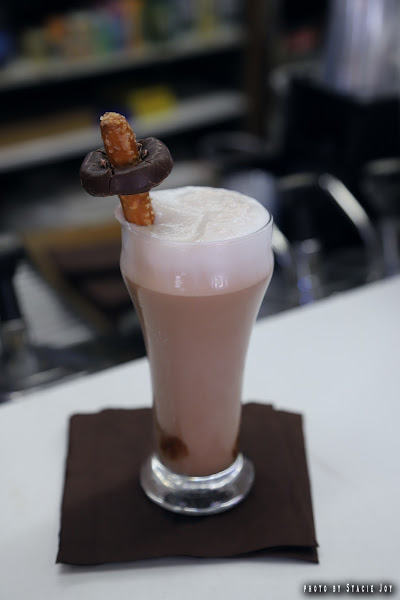 Previously on EV Grieve:
A visit to Gem Spa
Posted by Grieve at 4:20 AM

Good for them. Good for us.

DRINK EGG CREAMS TO SAVE GEM SPA!!!
'
This is a call to action I can get behind...