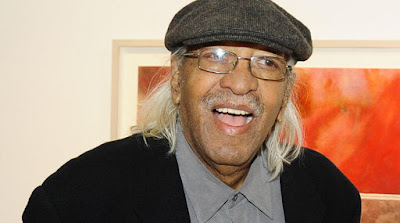 Joe Overstreet, an artist who was a fixture in the East Village for decades, reportedly died of heart failure on June 4. He was 85.

Mr. Overstreet belonged to a generation of contemporary African-American visual artists who came of age in the civil rights era and addressed the burning political issues of the day in a wide variety of forms and styles, from overt protest work to the subtlest geometric abstraction.

He was particularly notable for removing canvases from the wall and suspending them in space, giving painting a sculptural dimension. He saw such pieces as, among other things, experiments in how to situate art and viewers in physical space.

For 40 years, Overstreet ran Kenkeleba House, a nonprofit gallery dedicated to artists of color on Second Street between Avenue B and Avenue C that he founded with his partner, Corrine Jennings. 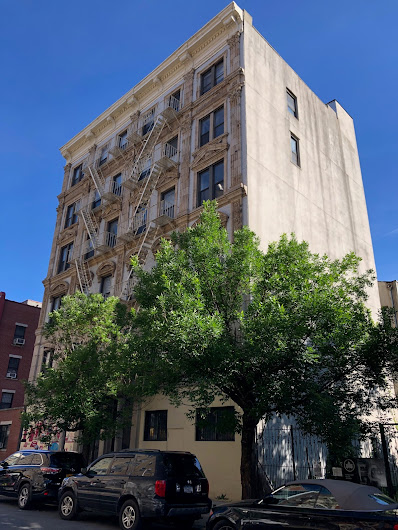 Here's more on his life via artforum:

Overstreet was born in 1933, in a primarily African American and Choctaw community in rural Mississippi. During the Great Migration, he moved around often with his family, eventually resettling in the Bay Area. In addition to studying at the California College of Arts and Crafts and the University of California in Berkeley, Overstreet learned from the modernist artist and advocate Sargent Johnson, who became an early mentor.

After moving to New York City in 1957, Overstreet started hanging out at Cedar Tavern, the Abstract Expressionist haunt. A participant in the Black Arts Movement, he also collaborated with Amiri Baraka as the art director for Harlem’s Black Arts Repertory Theatre and School. Overstreet’s work was featured in Tate Modern’s exhibition “Soul of a Nation: Art in the Age of Black Power” in 2017.

Manhattan Sideways wrote a feature about Kenkeleba House, and was suitably impressed by the experience:

We did not realize, as we began our personal tour of the incredible collection that Overstreet and his wife Corinne Jennings have amassed over the last four decades, that this would become one of the highlights not only of our walk across 2nd Street, but perhaps one of the most memorable experiences we have had on any street.

Had we not been personally escorted through the unmarked double doors that lead to Kenkeleba Gallery, we might not ever have known it was here. The only sign on the building reads Henington Hall, etched into the stone facade along with the year it was built, 1908.

According to Overstreet, in the 70s the building was condemned until he and his wife were able to strike a deal with the city in 1978. Although 2nd Street was teeming with drug activity back then, the arrangement proved worthwhile for Overstreet, as it gave him, his wife, three children and the emerging Kenkeleba House a home in an area that eventually cleaned up its act and became one of the most important neighborhoods for the arts in New York City.

The space includes a sculpture garden that you've likely seen from Third Street... 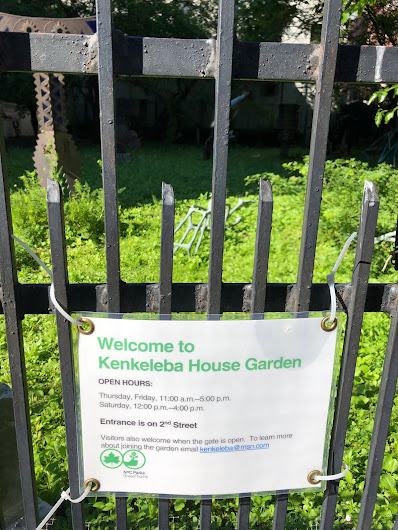 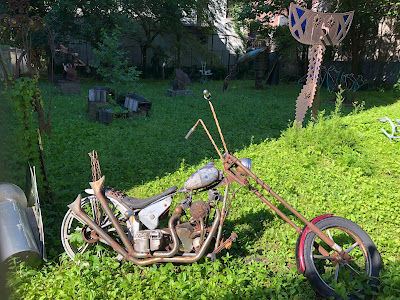 This link has more details on the individual pieces in the garden.

Also on Second Street, you can find the Wilmer Jennings Gallery, named for Corrine Jennings' father, a well-regarded printmaker.
Posted by Grieve at 4:30 AM

Sad news. I noticed I haven't seen him on the block lately--and i was concerned--he was always a fixture out front and so friendly.