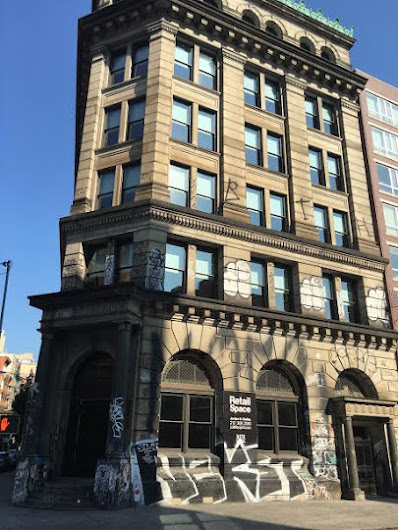 The sale of 190 Bowery — the circa 1898 Germania Bank Building — was the biggest, and most interesting, downtown real-estate transaction in recent years (and maybe ever).

Prolific photographer and artist Jay Maisel bought 190 Bowery at Spring Street in 1966 for $102,000. He sold the six-story, 72-room building where he lived with his wife and daughter to Aby Rosen in early 2015 for $55 million.

According to legend, only a handful of people had ever been inside it while Maisel, whose photography credits include the Miles Davis Kind of Blue album cover, was still a resident.

On July 31, interested parties can learn more about Maisel's time in No. 190 and his subsequent move to Cobble Hill when the Film Forum debuts the documentary "Jay Myself" for a two-week run.

"Jay Myself" chronicles Maisel’s monumental move out of his 72-room home following its sale, the largest private real estate deal in NYC history. With humor and awe, Stephen Wilkes captures Maisel’s half-century of collecting – having had the room to save and exhibit every last thing he found beautiful, strange, or (potentially) useful.

And here's the official trailer...

Supreme is the temporary retail tenant on the ground floor of No. 190 these days... while the upper floors house a consortium of creative agencies.
Posted by Grieve at 4:10 AM

Maisel used to host school-sanctioned events at his home for parents of the school his kid(s) attended. But it makes it way more fun to have the legend be that almost no one has been inside. The better, and most likely false, rumor heard over the years was that homeless person lived in one of the room for months before being discovered

Actually the ground floor was his photo archive. I visited it in the late 80s when I was a curator at the Queens Museum. He had hundreds of thousands of pictures covering every imaginable topic.