A visit to Desi Galli on Avenue B 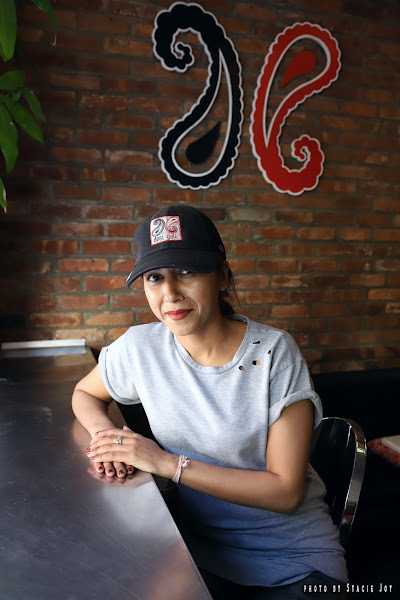 Admittedly, I’d not been very adventurous with Indian food and had only tried the vegetable biryani at Desi Galli before dropping in to meet owner and chef Pria Chouhan earlier this month.

Pria and her husband Vishal, hailing from Montreal and the U.K. respectively, now live nearby in Peter Cooper Village and run both locations of the traditional Indian street food spot: here at 172 Avenue B between 10th Street and 11th Street, which opened in April 2016, and another in Murray Hill at 101 Lexington Ave.

The long, narrow, and brightly lit restaurant is perfumed with cumin, cinnamon, and coriander when we sit down to talk shop. 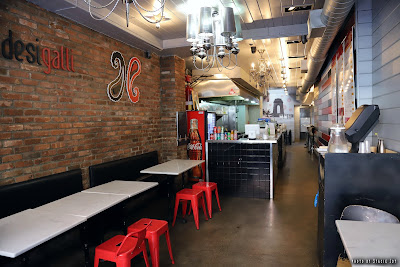 Self-taught cook Pria expands my vegetarian palate with a mango lassi (yogurt-based mango drink), some desipoutine (French fries with tikka sauce and grated paneer cheese) and vegan pani puri (Gujarati-style bread “baskets” stuffed with potatoes, chickpeas, and tamarind, served with mint “water” you pop whole into your mouth, “one bite, like sushi” Pria instructs) while discussing her personal and culinary history, the trials of running a small business in NYC, and her love of all things Rachael Ray.

Can you speak a bit about the history of Desi Galli?

I followed my heart to NYC from Montreal in 2009, and I did not know how to cook. We — my husband and I — were newlyweds and gained the typical love weight but ours was due to eating out all the time.

We would both crave our parents’ cooking, so I attempted to recreate them in my home kitchen. I failed many times at the beginning. I became obsessed with the Food Network and Rachael Ray and Martha Stewart became my gurus.

I started off with simple recipes and through trial and error mastered them. Then I started tackling Indian food, which is more complex with all the spices. Soon enough I made them exactly like our parents. With my newfound talent my husband suggested we start our own restaurant, and in 2012 Desi Galli was born.

Is it true that, before Desi Galli, you didn’t have any experience in the food industry other than a few years working at McDonald’s?

Yes, McDonald’s is my only food training. I am completely self-taught. The menu consists of family recipes. It’s my sister Rashmi’s pav bhaji and she came to New York from Montreal to teach me how to make it. Our addictive chicken tikka masala is thanks to my father-in-law in the U.K. I still don’t think I make it as well as he does. 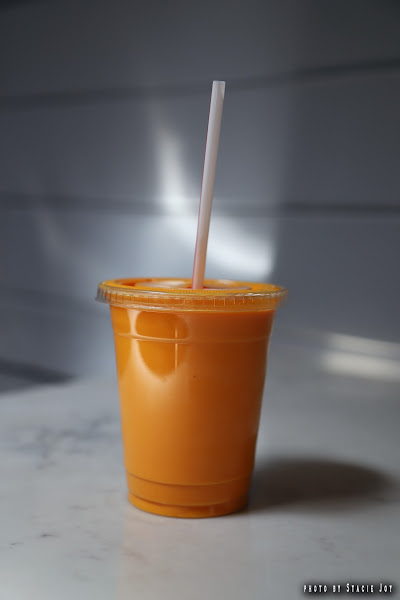 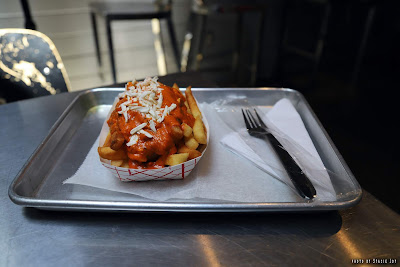 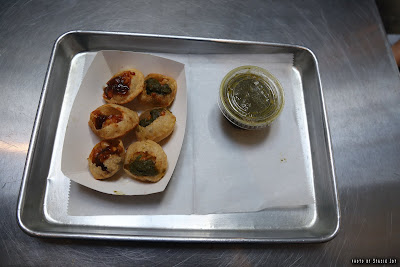 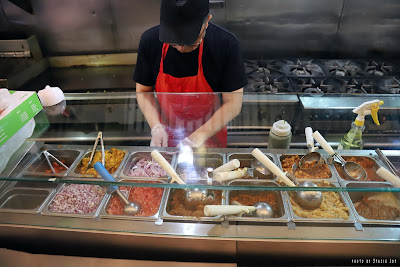 [Nyima Phuntsok, one of the chefs]

You have the outpost on 27th Street and Lexington Avenue. When looking over neighborhood options for expansion, what made you decide on the East Village?

We decided on the East Village because it is known as a hub for street food. I love the fact that you can pick up a slice of pizza, go for a walk and then pick up ramen noodles all in the same area. There wasn’t a spot for Indian street food and we make a great addition to the mix.

What do you like best about being in the East Village? What special considerations exist here that may not at your other location?

I love that East Village has a sense of community. We know many of our customers by name. Everyone is relaxed, not running for their next meeting and they have time to connect.

We were welcomed with open arms to the neighborhood. Our patrons did not care that there was a fine dining Indian restaurant diagonal to us. We would be their everyday meal since our price point is so affordable.

You mentioned in early May that you were working on a deal with the landlord to lower your rent on Avenue B. What is the status of that?

We are still in negotiations and new lease has not been signed yet. It is not 100 percent confirmed. (Ed note: The State of New York seized the restaurant twice this year for nonpayment of taxes. She declined to discuss that matter.)

What’s your favorite part of running the restaurants?

I love seeing the satisfaction on my customers’ faces when they take their first bite. That is what gets me out of bed every morning. Knowing that I make a fresh product that stems from our family’s history and that our patrons appreciate it. 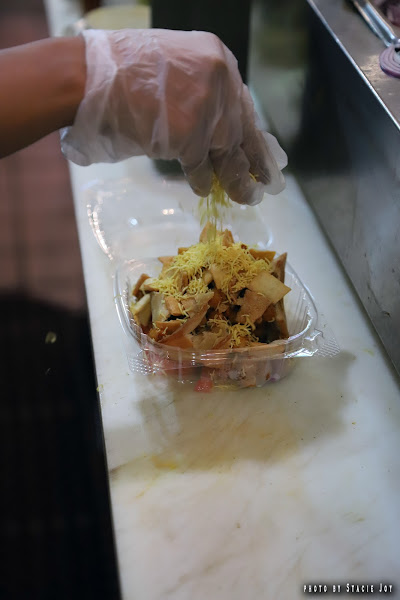 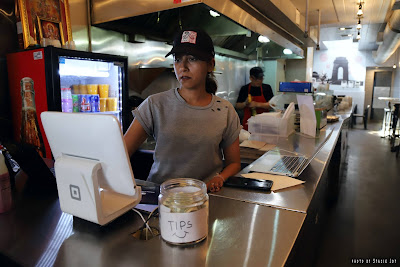 What’s the best-selling dish on the menu? What might you encourage people to try if they are unfamiliar with the cuisine?

Best-selling dishes vary by location. Here in the East Village anything with the tikka gravy, like chicken tikka masala, paneer tikka masala and desipoutine keep our customers coming back for more.

Newbies to Indian food should start off with our samosas and kathi rolls. We have kathi rolls for all dietary restrictions, including vegan and gluten-free. Our menu can be made milder but don’t expect just salt and pepper: That would not be my Indian food. 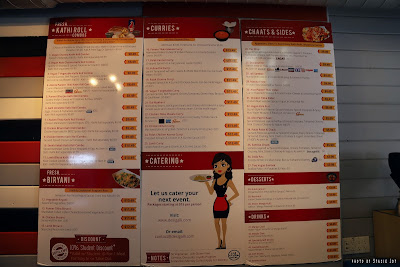 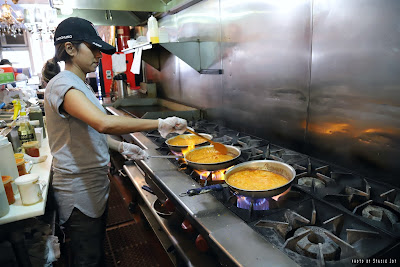 What’s next for Desi Galli? Any expansion plans?

We are starting packed snacks in the fall and are introducing a new vegan kathi roll made with Beyond Meat in August. We are also in talks with a few potential franchises who would love to have a Desi Galli in their area.

You may keep tabs on Desi Galli via Instagram. 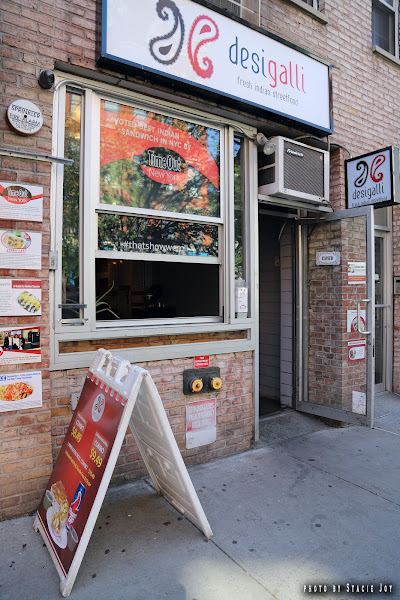 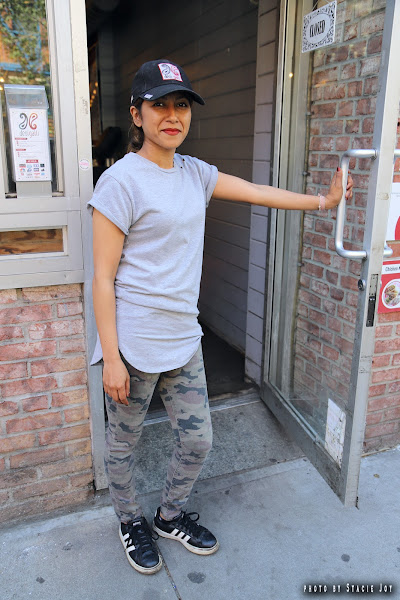 Email ThisBlogThis!Share to TwitterShare to FacebookShare to Pinterest
Labels: A visit to, Desi Galli, Stacie Joy

been getting my lunch here at least twice per week since they opened, love trying new things too. Pria and her staff are delightful and everything is cooked freshly while you wait. Our neighborhood needs small affordable food spots like this one.

Thank you Pria for being a good neighbor.

Recently discovered this treasure, via a recommendation on this blog (thanks, Giovanni!). Obviously a different type of cuisine, but I sense a similar vibe to our beloved, departed The Stage. Both offer fresh ingredients, prepared before your eyes, and have a clear love and respect for the neighborhood. If you haven't yet, check it out!

I went in there once and asked if my order could be made milder, and the woman behind the counter - don't think it was Ms. Chouhan - laughed at me. What I got was too spicy for me to eat, so I've not been back, although the menu still looks wonderful. :(

I had high hopes for desi galli and awaited the opening excitedly to try the desipoutine. For $9, I was expecting much, much more. It's basically overcooked fries with a bit of sauce and a very modest amount of shredded cheese. (see photo in this post). I went back a couple of times for the kathi rolls, but never order delivery as they charge a delivery fee while others don't.

I guess this is YELP now?

Nice to read the backstory on this place. I like it for the quick serve vegan options. Those are on the wane in this area (with a simultaneous rise in upscale vegan spots). Bonus proximity to Lucky Bar, so I can grab a take out and go sit in Lucky's back patio with a beer!

@ noble neolani - On Yelp there are stars so you don't have to read the reviews.

Yes, Desi Galli food is spicy, but that’s part of what makes it more authentic than many of the old spots on Curry Row and in Curry Hill. While I still like old standby Curry in a Hurry (which is still no match for the old Shaheen Sweets, which got much spicier on the weekends when Indian families would eat there), Curry in a Hurry food doesn’t taste like the food in Mumbai, Delhi or Bangalore, while Desi Galli’s does. Perhaps they should offer the option to specify the heat level, which Indikitch on West 23rd Street does quite well — they can prepare their dishes fairly mild (but not bland) or super spicy depending on your preference.

Thank you for all the lovely comments and I do appreciate the feedback. I love the east village location because my clients are more personable. For the comments about spice level, ask the cashier for mild options and she will guide you. -Pria