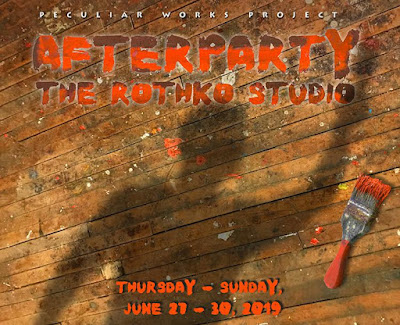 Starting on Thursday night (June 27), the Peculiar Works Project is presenting "Afterparty: The Rothko Studio," a theatrical performance in and around the former studio of painter Mark Rothko at the landmarked 222 Bowery.

Built in 1884 for the YMCA as the Young Men’s Institute, 222 Bowery is renowned for the many now-famous artists who lived, worked and played in this landmarked gem. "Afterparty" will explore downtown artists, peeling back their stories to reveal multiple layers of NYC history before the former studio is converted into commercial space later this summer.

Lured by cheap rents and vast lofts, artists began populating the Bowery in the late 1950s. By 1965, there were over 100 painters living along the Bowery, among them Cy Twombly, Robert Indiana, Al Loving and Elizabeth Murray.

The building’s former gymnasium is significant for having been Rothko’s studio, where he painted the infamous Seagram Murals commissioned by The Four Seasons Restaurant in 1957.

Audiences and performers will sit around a table together in the paint-splattered space and experience a theatrical conjuring of artistic ghosts whose impact echoes till this day. 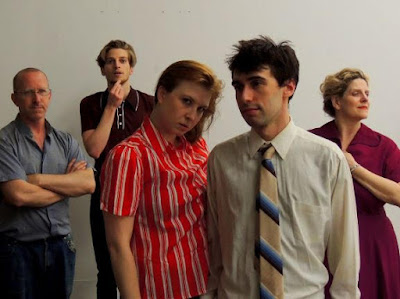 Architectural Digest recently wrote about Rothko's studio (take a tour of it online here), which is reportedly in jeopardy.

The current owners of the space are seeking to rent it to anyone willing for the tune of $15,000 per month (for either residential or commercial use). The sum is shockingly substantial, particularly since the building does not have an elevator, while the roughly 800-square-foot studio has no kitchen, nor an updated shower or bathroom. But it does still have Rothko’s paint flung about the wooden floorboards (after the artist left, American-born Abstract Expressionist painter Michael Goldberg moved in to the space and applied coats of primer to the floor so that Rothko’s mark would always remain).

"Afterparty"'s director, Ralph Lewis, lives in the East Village. I asked him for his thoughts on putting together a production in this studio.

"Creating site-specific performances often feels like a game of chance. Really incredible spaces come along, and if you don't grab them, the wheel keeps spinning. You never get another chance," Lewis said. "Well, two months ago, we were offered the extraordinary opportunity to create a brand new performance [here]."

So just two months to put together "Afterparty"?

"We've never created an entire show, A-Z, in this short amount of time, but we couldn't pass it up," he said. "There are now over 30 artists and performers working on the very peculiar project: actors, dancers, singers, designers, projectionists, text adapters, caterers and more — all creating a 70-minute, historical fiction based on the legendary art parties that took place in the building back in 1958. Honoring the now-famous artists and writers who have lived and worked in 222 Bowery building has been too inspiring for words."

There are two shows nightly — 7 and 8:30 — Thursday through Saturday, with performances on Sunday (June 30) at 5 and 6:30. (Due to limited seating, advanced tickets are required.)

"If nothing else, it's a rare opportunity, and minimal gamble, to see where an important artist — the floor still splattered with his paint — once created important art before it becomes a high-end commercial space," Lewsis said.

Performances take place at 222 Bowery between Prince and Spring. Find ticket info here.
Posted by Grieve at 4:25 AM

Email ThisBlogThis!Share to TwitterShare to FacebookShare to Pinterest
Labels: 222 Bowery

I wish the Cedar Tavern was still around or landmarked. Plenty of art parties there...