At the Queer Faith celebration at Middle Collegiate Church 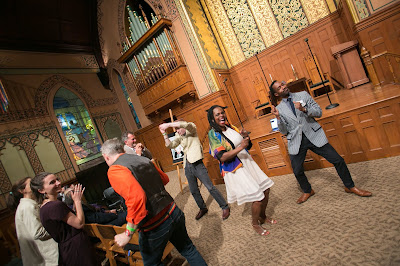 All photos by Angie Dykshorn

Here's a quick recap from the Queer Faith event this past Wednesday at Middle Collegiate Church, 122 Second Ave. ... where the church celebrated the 50th anniversary of the Stonewall uprising and Juneteenth, the anniversary of when the news that slavery had been abolished reached Texas in 1865.

At the event, Lewis announced the Ruby Sales/Gary Ranker Fund for Racial and LGBTQIA+ Fund at Middle Church for justice initiatives that speak to the legacy of their activism. 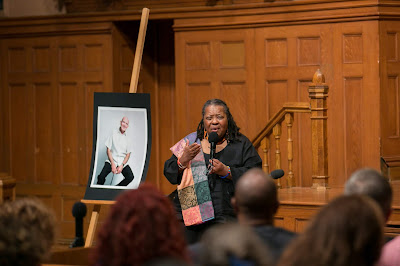 [Ruby Sales with a photo of Gary Ranker] 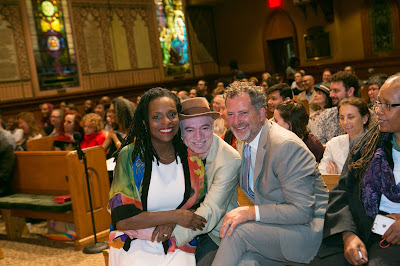 [Jacqui Lewis with members of the Ranker family]

The evening included the opening of the Queer Faith art exhibit ... 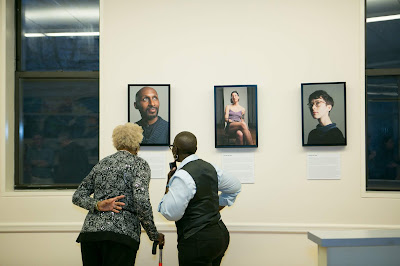 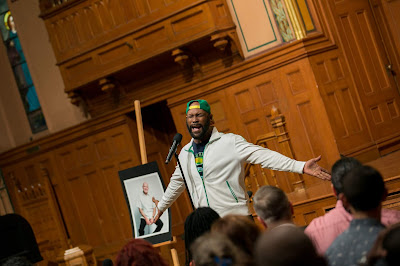 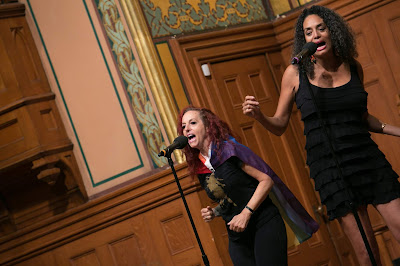