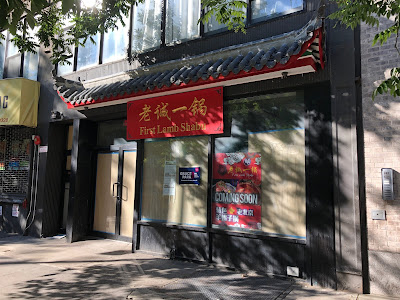 There hasn't been much activity of late to note at First Lamb Shabu, which emerged from behind the plywood at 218 E. 14th St. between Second Avenue and Third Avenue last fall.

Now, however, a coming-soon sign is on the storefront... 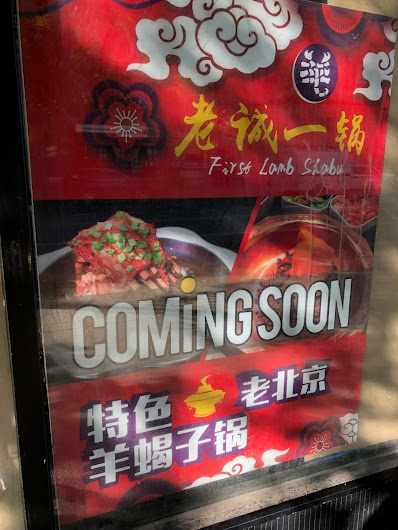 As previously reported, this will be the first Manhattan outpost for the Beijing-based hot pot chain with more than 300 locations in China.

The Commercial Observer reported back in April 2018 that the company, which has a location in Flushing, signed a 10-year lease for the space with a $20,000-per-month rent.

The storefront has been empty for several years, ever since Dunkin' Donuts (DD!) decamped for a smaller space on the block in August 2015.
Posted by Grieve at 4:00 AM