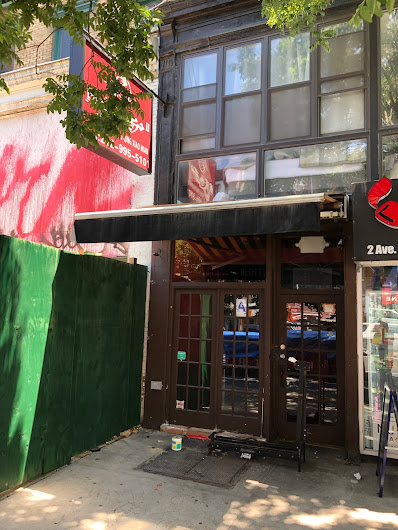 And while we're here on this part of Second Avenue between Fourth Street and Fifth Street ... Chong Qing Xiao Mian II recently closed at No. 82.

The Chinese restaurant, which opened in late 2017, was a sibling to Chong Qing Xiao Mian on Ninth Avenue in Hell's Kitchen.

This has been a tough spot for restaurants. Casualties in the past seven years are Express Thali ... Golden Crepes ... 7 Spices ... and
Reyna Exotic Turkish Cuisine.
Posted by Grieve at 4:13 AM