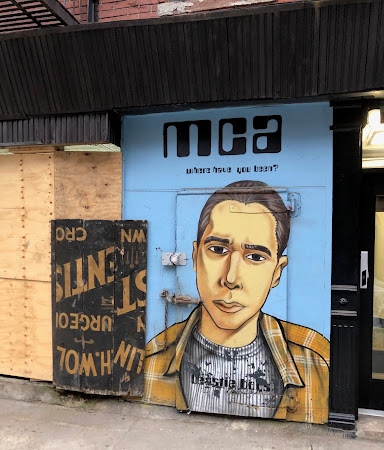 A recent item to note. EVG reader Paul Gale spotted this on the Seventh Street side of 113 First Ave., where workers are apparently ripping out the wall for more windows at the E Smoke & Convenience shop.

Next to the MCA mural (which we hear is staying put) are pieces of an old wooden sign... 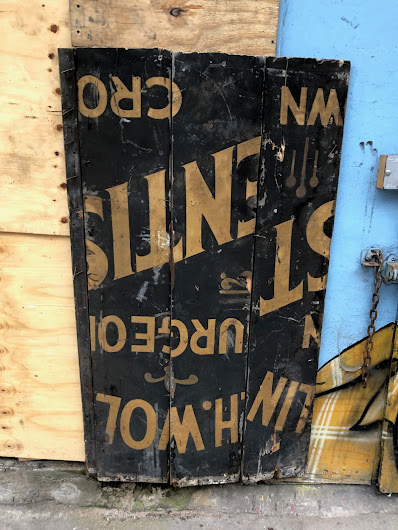 As Paul points out, it's upside down, but it reads:

This was, of course, from the era in which "surgeons" pedaling jacket crowns were as prevalent as today's bubble-tea shops. As I reported at the time, these crowns were effective, but didn’t last long because of microcracking that occurred during the cooling phase of fabrication and caused issues to the crown and underlying tooth or gum. The later introduction of dicor crowns, which were cemented with zinc phosphate, were more effective.

Anyway, another reader suggested that this plywood may be remnants of some period piece that filmed in the neighborhood. ("Mrs Maisel"?)

Looks older than Mrs. Maisel vintage. Wasn't Ragtime, they only filmed on East 11th Street for the LES scenes, but many years ago scenes from The Gidfather II were filmed down here - I still remember a painted-right-on-the-bricks prop sign for an Italian wine merchant that was around 1st Ave and 6th St - so perhaps TG II?