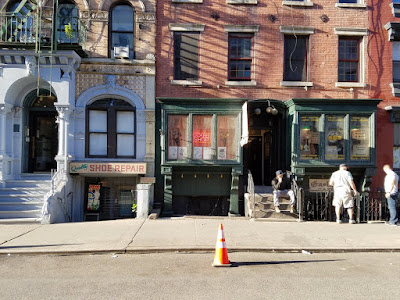 If you walked down St. Mark's Place between Avenue A and First Avenue in the past, oh, 24 hours, then you likely noticed the 1950s TV transformation for Amazon's "The Marvelous Mrs. Maisel."

First! A recap of the pilot via Deadline:

Set in the 1950s, the project centers on Miriam “Midge” Maisel (Brosnahan), who had her life mapped out for herself: go to college, find a husband, have 2.5 kids and throw the best Yom Kippur dinners in her elegant Manhattan apartment. But when her life takes an unexpected turn, Midge will have to decide quickly what else she’s good at. Going from uptown housewife to a stand-up comic in a grungy club in the Village is an appalling choice to everyone but Midge.

Tony Shalhoub and Michael Zegen (Bugsy Siegel on "Boardwalk Empire") are also in the drama's cast. 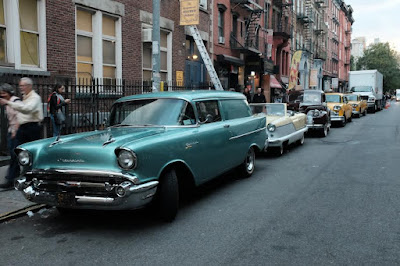 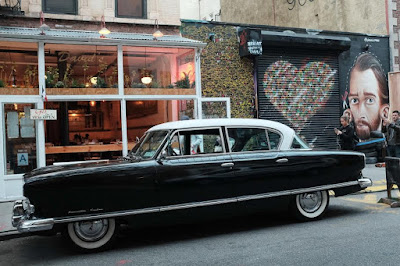 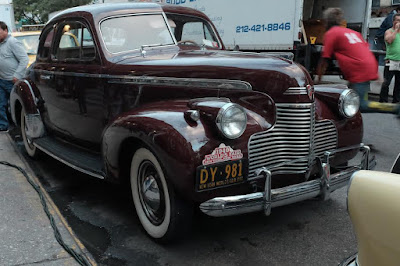 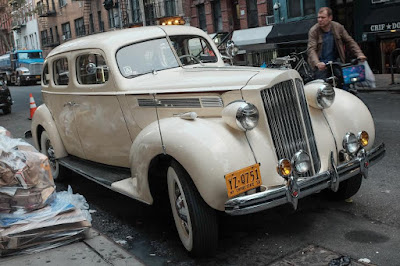 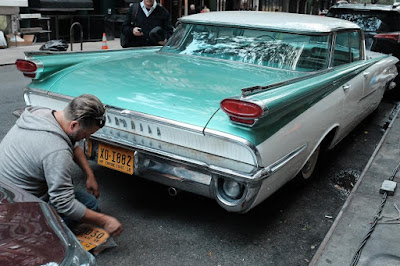 Thankfully there's a tire repair place now on the block for all these cars... 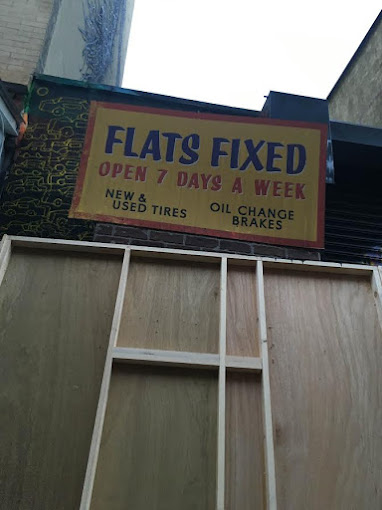 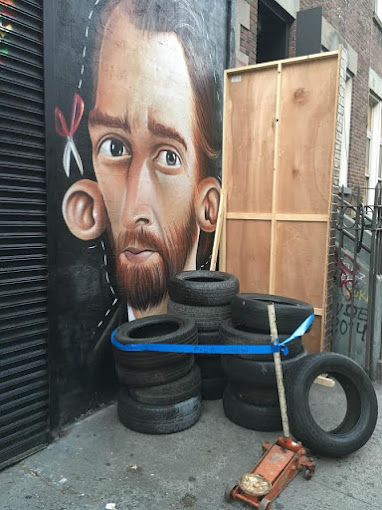 Crews were also spotted filming a scene at Josie's last night on Sixth Street between Avenue A and Avenue B.

Signs say that crews will be filming this afternoon into the early morning hours (4 a.m.) on St. Mark's Place.

News of the filming apparently annoyed some residents (or visitors!) of 94-96 St. Mark's Place. Page Six noted that people defaced the flyer about the shoot inside the building's entrance.

“Fuck off,” one person wrote, while another added to the bottom, “You better hope I have nowhere to be during this, or your fucking ‘scene’ is ruined!”

I love when the classic cars come out.

LOL at people going crazy about film shoots. Do you not watch movie or TV shows EVER? I know it's a annoying sometimes but what can you do, it's life and gives many jobs to hardworking people.

Is that "Flats Fixed" sign a prop? Have never seen one that's plural. The signs typically say "Flat Fix".

It gives many jobs to people who don't live in those neighborhoods.

It also gives much business to restaurants which aren't in those neighborhoods.

Tv shows and movies are neighborhood parasites by and large.

They have catered food for the tv and movie shoots..local places do not really get their business and sometimes loose business like Ray's when they film in front of the shop and people can't gain access.

it has always amazed me how many parking spots these shoots are allowed to take up, sometimes a full day before the actual shoot times that are posted on the flyers. they're obnoxious people who file into the neighborhood, think they own the joint and are gone until the next time.

Upsetting that they used a East Village location for a show that is based in Greenwich Village. And why are they allowed to film between 10 pm. and 4 am.? And yes park on both sides of the street of a main thoroughfare that only allows parking on one side of the street as it is used frequently by fire trucks. Why could they simply not shoot the scenes in a studio? esp. as they changed the storefronts anyway.