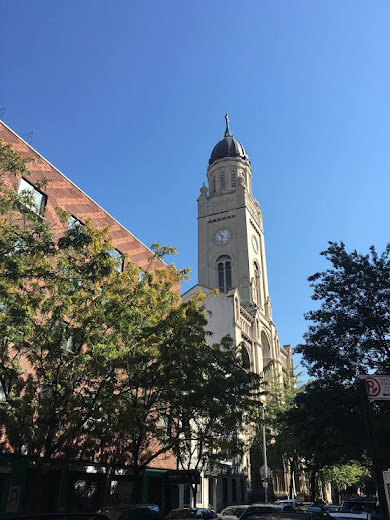 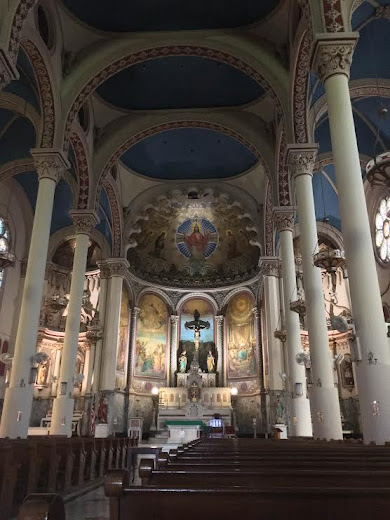 Now there is a movement afoot via the pastor to change the name of the historic church, which was consecrated in November 1852.

The following message is from the church's bulletin from Sunday...

We are now a new parish in the eyes of the Church and the civil government. Our official name is The Roman Catholic Church of Most Holy Redeemer and Nativity. However, we can opt to change our name. It can be something totally different — for example — St. John Paul II, St. Theresa of Calcutta, etc. If you have any suggestions, please put your suggestion and why you want this name in writing, and leave it at the office for Fr. Sean McGillicuddy before, Friday, October 21.

One neighbor and parishioner opposed to a random name change explained in an email:

"A modification of the name could imperil and erode its long-standing identity and history ... it is a cherished institution that has no reason to be known as anything other than Most Holy Redeemer."

Possible new name aside, the neighbor said that several of Father McGillicuddy's initiatives have been perceived as "ruinous" by some of the parishioners, who don't feel comfortable speaking out about the changes.

"He never consulted the parish or its council on matters that affect the interior or architectural cosmetics of the church — such as the four statues of Mary now inserted in the churches facade, for example. The interior is being desecrated: florescent spot lights at the shrines, thrift shop prayer stools and electric candle alters cluttering the alters. And he is having the larger-than-life hand-carved wooden statues (works of masterful European craftsmanship) painted over with metallic paint. What were once works of art now look like cheap trinkets and chachkas.

"The church ... belongs to history, the community... the Lower East Side."

Email ThisBlogThis!Share to TwitterShare to FacebookShare to Pinterest
Labels: The Church of the Most Holy Redeemer

Maybe the pastor could be going about it in a better way but I think he is just trying to make the parishioners from the Church of the Nativity feel like it's their church too. A name change could make everyone feel like it's their church not like some are 'original' parishioners and some are add ons or something. The billetin just poses the option

Dora the hawk loves this church...she can often be found perched at the base of the dome on the north side, looking towards Tompkins Square Park.

I wonder is Father McGillicuddy a relative of the neighbor of the Cramdens on the Honeymooners? Maybe that explains the carnival in the nave.

I have not seen the the painted over hand carved wood statues, but it sounds awful, awful, awful. The plastic Madonnas (I presume cast resin) in the exterior facade niches are cheap looking and not harmonious with the majestic architecture of the Church of the Most Holy Redeemer, a church the belongs not only to the current parish or pastor, but to the entire community to whom it provides grace and solace.

There is a tremendous art and architecture community in New York City, and perhaps they should be consulted by the current pastor before he makes changes to our precious landmark. When the copper roof cupola at the top of the steeple was replaced, it was a wonderful thing.

Finally thank you to EV Grieve for revealing the story of the plastic Madonnas on the Church facade.

On second thought, the current name seems fine to me.

This is not a restaurant rebranding please leave the current name. That is a wonderful church, if you have never been inside your are missing something really great.

Although Churchy McChurceface is a fine name, I nominate ;

Considering the state of the Presidential election race, if Hilary wins, put a statue of the new President RIGHT at the front door. At least for a short while, would be a very appropriate moniker.