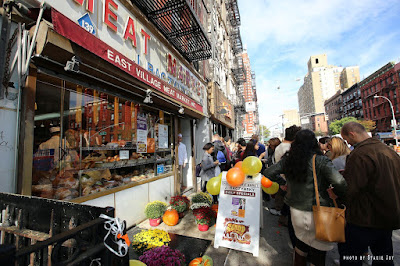 The lines were long (stretching all the way down the block to St. Mark’s Place), and there had been more than 800 visitors when I arrived around 1 p.m. People patiently waited for free samples of pierogi and blintzes from Veselka, Rosa-Ly Pierogi, Streecha Ukrainian Kitchen, Ukrainian National Home in Jersey City, and a handful of other vendors.

Up for grabs were traditional pierogi flavors like potato, cheese, mushroom-barley, and buckwheat but also newer flavors like short rib, buffalo chicken, arugula-goat cheese, and taco. 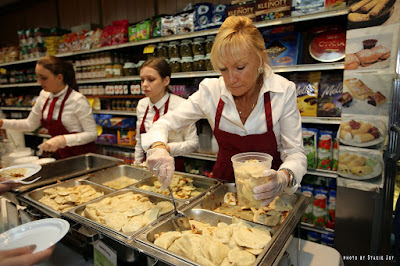 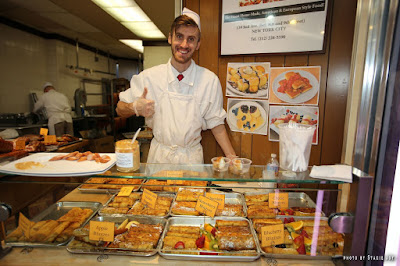 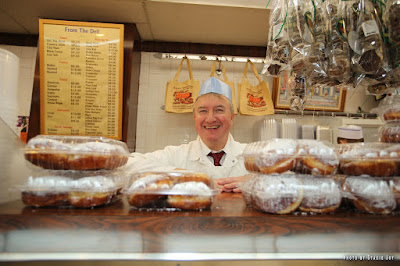 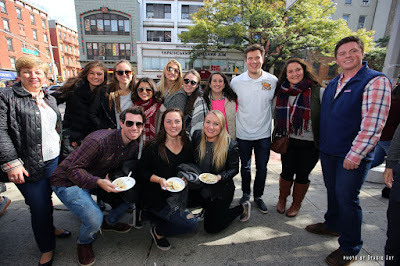 Roman Ilnicki, the store’s social media director (and son of manager Andrew), said that he and his family were delighted at the massive turnout and happy to see so many friends, neighbors and visitors at the shop. 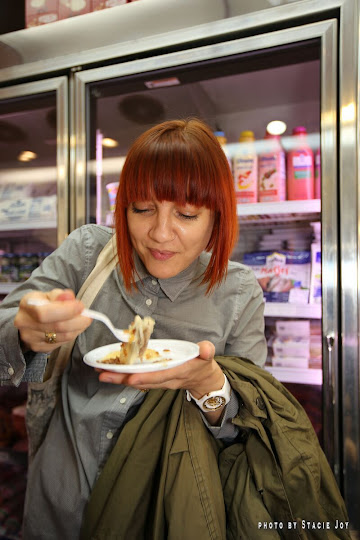 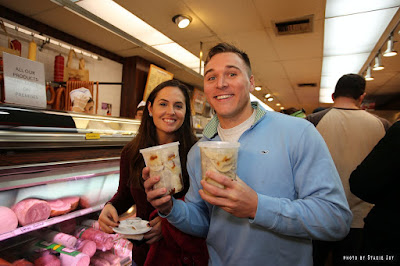 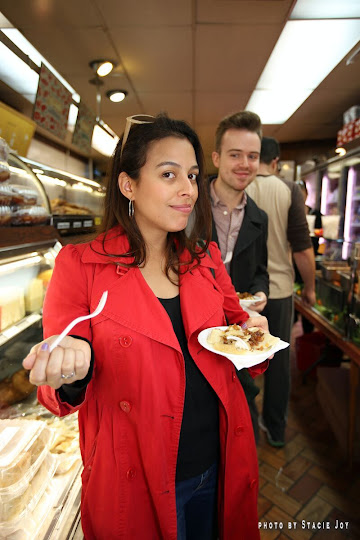 It was awesome. I was there at 1 and some fillings were gone ( since there's no limit to choices). Very organized so judo to the team.

I walked past the line. It looked as if it was a mass exodus. Its such a New York thing. Anything that is offered free, people will stand in line, rain, snow, cold, and heat, for a mere sampling of food. I don't get it.

No limit? Interesting. I went the first year and they would only let you have one, so I decided not to bother this year. Although, looking at that line, I doubt I would have waited anyway.

I went at 4 and only the potato ones were left. Each person got 2, plus sour cream, apple sauce, and the wonderful onion sauce. I don't think you got unlimited peirogi earlier in the day, but were allowed to have one of each kind available. The line moved quickly, and everyone was gracious and friendly. The pierogi were delicious as usual, and I'd say it was 15 minutes of my day well spent.

Terrific for the nabe! Thanks to all for the freebes. And the plates were full as opposed to the Astor give-a-way of fingermail food.

I hope this event was successful in introducing our own EV heritage and businesses to newcomers and students and they will support these businesses going forward.

Interestingly, David Mulkins was giving a thoughtful and thorough history of the Bowery in Ottendorfer Library simultaneously with the line up outside.

Please put out some extra garbage cans
next year. There was trash spilling out of and surrounding the overflowing can near 9th street. What are people thinking when they throw their garbage NEAR a can? People LIVE here, believe it or not! Yes I am a hater of incivility.

Important question - which were the best pierogis??? Which filling? Made by who?

Pierogis, trees, dogs and cats are things that are loved by the EV. Hang in there EVG much love to your work.

Lines for food but not for bands pssshhhhh...

To heck with the pierogis, look at those blintzs!
Anybody, please post what was best of the rest.

As a longtime, regular customer of this business, I encourage people to patronize it throughout the year. :-)

Great Pirogi...but my grandmother's were better!