Virgola is no more on 7th Street 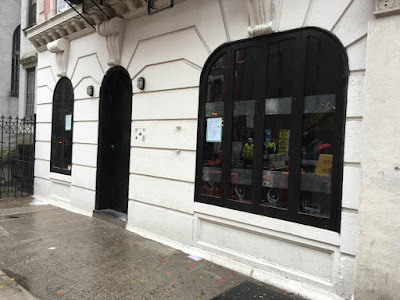 The landlord has taken legal possession of the space that housed Virgola at 111 E. Seventh St. between Avenue A and First Avenue... 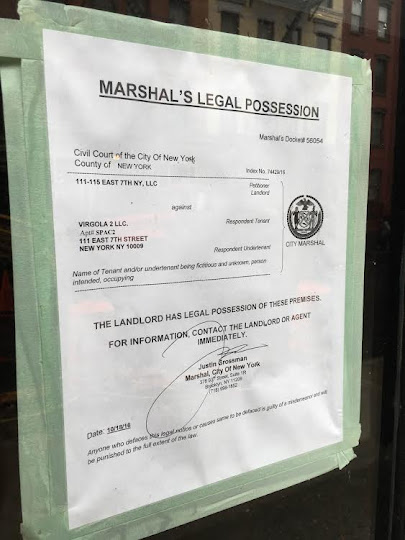 This was pretty quick (compared to how long the situation has dragged on over at 198 Avenue A with Empire Biscuit). The wine-oyster bar just opened last December.

As previously noted, there was ample oyster competition here, as the well-established Desnuda is across the street. And the wine bar Ruffian, with a broader menu, opened at 125 E. Seventh St., around the same time as Virgola.

Meanwhile, the proposed location for a Virgola outpost on Avenue B isn't happening. 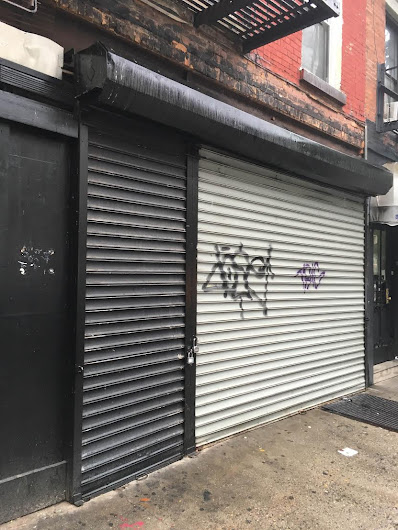 The original Virgola opened three years ago on Greenwich Avenue. And Virgola has expanded nationwide with locations in Florida, Oklahoma and Wisconsin, according to the Virgola USA website.

So far Virgola has not responded to our query about the closure.

Previously on EV Grieve:
Oysters coming to the former Bourgeois Pig space on East 7th Street
Posted by Grieve at 4:20 AM

Email ThisBlogThis!Share to TwitterShare to FacebookShare to Pinterest
Labels: The Marshal, Virgola

Im pretty sure Virgola at 221 ave b has been alive and kicking, unless it closed in the past 2 weeks, I was there 2 weeks ago.

In less than a year? WTF went wrong?

Sadly, many people who open businesses don't study the neighborhood before opening. I realize that someone opening a business wants to stick to their dream idea but if you have a lot of competition around your business will suffer. With today's rents you need to make sure you have something unique and not just a place you dreamed of opening. I also see many people opening frozen yogurt places in October/November and expecting to survive till the next summer when people actually eat frozen yogurt. It just boggles the mind.

Many new places close within a year.They spend too much renovating, underestimate the time permits etc take, and don't have enough cash on hand to build up a clientele.

Virgola did indeed open in 221 Avenue B briefly, but that location also seems to have shut down in the past few weeks.

The super of the building mentioned that there was some disagreements between the partners regarding money...

All these restaurant/bar closings just reflect the high rent to low traffic ratio. It seems to be a losing proposition to open a business in the EV right now unless a favorable rent can be negotiated.

No local support for the place. To survive the lean times you have to have locales come in --- at least that is what it seemed like to me. Mostly out of towners and those on expense accounts but of course others will comment that yes, they are local and they loved the place. ...

Oh the dungeon-esque darkly lit leather clad seafood spot stumbled? Weird. Zadies on 12th is never that full either, I believe the market mass of people up for $13 apps and $14 glasses of wine are wising up.

I seldom eat out these days. The places I loved have either closed or gotten too expensive or filled with tourists. I am very concerned about all those liquor licenses being handed out by the state which encourages struggling restaurants to push alcohol over food and hence more bars and more noise and trouble.

@8:53. Lunch Specials are where it's at. Malai Markee. Boa. Motorino. X'ian is reasonable, if unpleasant to eat in. Momofuku Noodle Bar when we want to splurge. I avoid the $13 appetizers and double digit wine glasses which are the new normal.