Looking at two storefronts where "for rent" signs arrived this week.... 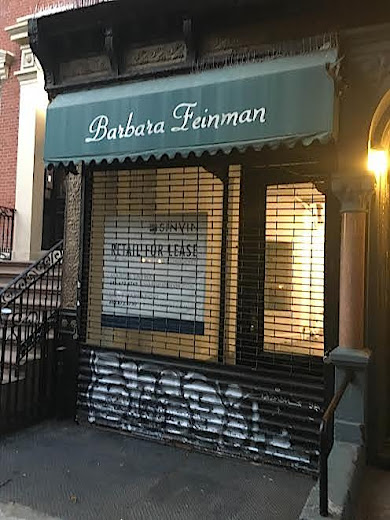 Back in June, Barbara Feinman Millinery closed here. Feinman retired, and the shop moved a few storefronts away to No. 80. Julia Emily Knox, who started working for Feinman in 2012, is now running East Village Hats. Check them out.

As for No. 66. Here are details per the listing at Sinvin:

Description
• Charming boutique space
• Landlord will deliver as a vanilla box
• Good for any use, including food
• Located in the heart of the East Village

The storefront is located in one of the buildings that Raphael Toledano's Brookhill Properties is currently unloading selling.

115 Avenue A between Seventh Street and St. Mark's Place 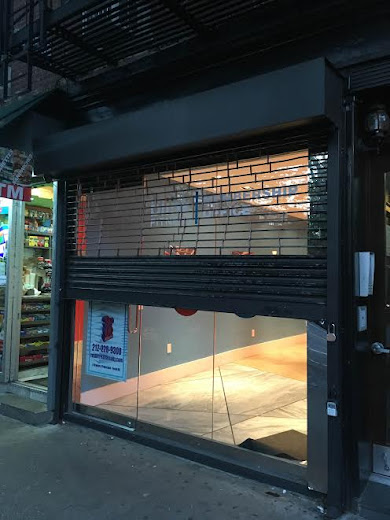 This space is empty again now that the Blink Fitness office moved into the new Blink Fitness that opens Tuesday at 98 Avenue A. No. 115 previously served as a sales office for Ben Shaoul's condoplex at 100 Avenue A.

The gift shop Alphabets closed here in in February 2014, merging with their (at the time) newly opened location at 64 Avenue A between Fifth Street and Fourth Street.

Per the 9300 Realty website, the 500-square-foot space (plus basement) is $6,995/Month. The listing doesn't get too specific, save for: "Across from Tompkins Square Park, next to the legendary Odessa Bar and other wonderful restaurants and stores."

The Odessa Cafe and Bar closed in August 2013 after 33 years in business.

This property is owned by Steve Croman, who was charged with 20 felonies and a civil suit accusing him of chasing low-income families out of their homes.
Posted by Grieve at 4:00 AM

66 E. 7th can't be much smaller than 115 Ave A, and that price difference!!!? Then it all makes sense when you see its a 9300/Croman, they'd rather is sit empty for tax, until someone whose very optimistic comes along.

3600 is not that bad in the current market for a 10 year lease. But is there some sort of hidden key money?