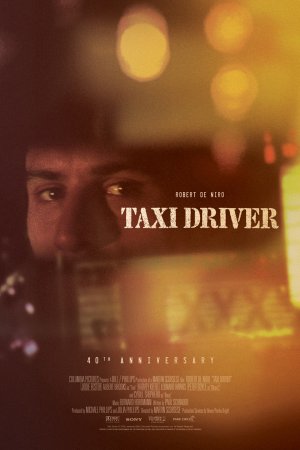 A restored version of "Taxi Driver" returns to theaters on Wednesday in celebration of the Martin Scorsese-directed film's 40th anniversary.

The program also includes a 10-minute excerpt from a Q&A with the cast and crew — including director Scorsese, screenwriter Paul Schrader, and star Robert De Niro — recorded at this year’s Tribeca Film Festival and not previously released.

The Taxi Driver restoration, which was overseen by Scorsese and cinematographer Michael Chapman, will also be available on Blu-ray on Nov. 8. Bonus features on the two-disc set include the full 40-minute Tribeca Q&A as well as commentaries, a making-of documentary, storyboards, and animated photo galleries.

There are two screenings on Wednesday — 2 p.m. and 7 p.m. — at the Regal Union Square. Afterwards, you can walk by 13th Street and Third Avenue to spot some "Taxi Driver" filming locations.

Great - a chance to see New York when it was still fascinating, varied, gritty, and real, and then get to go back out into the bland, suburbanized, chain store-, tourist-, and real estate investor-magnet that it's become.