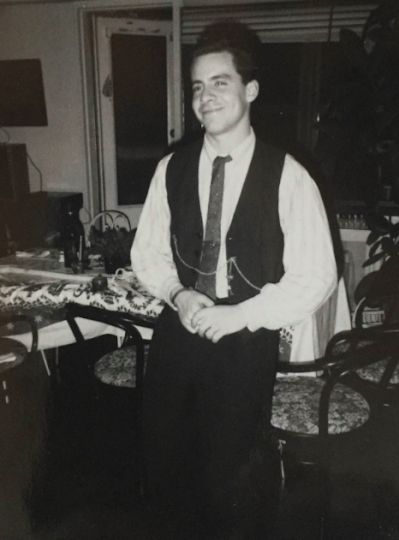 Longtime East Village figure Adrian Gilboe, who was in his 50s, passed away on Sept. 29.

In the early 1990s, Adrian opened the antique store Wandering Dragon Trading Co. at 263 E. 10th St. between Avenue A and First Avenue. The store later became Obscura Antiques & Oddities, which has since relocated to Avenue A.

Wandering Dragon was known for being home to some of the neighborhood’s most eccentric characters. Adrian had a unique style and eye for the obscure that was ahead of its time. He was a dramatic, generous, smart and charming enigma that seemed to live in another era entirely.

Adrian grew up in Manhattan and began collecting just about everything at a young age. As a teenager, he would break into abandoned buildings set to be demolished and salvage everything from door knobs and light fixtures, to bone saws and anatomical models. Much of his life was spent fixing up and finding an appreciation for the discarded; he was a pioneer in his avid collecting of the unusual.

Most notably, Adrian offered a window into a secret and wonderful world of oddities. 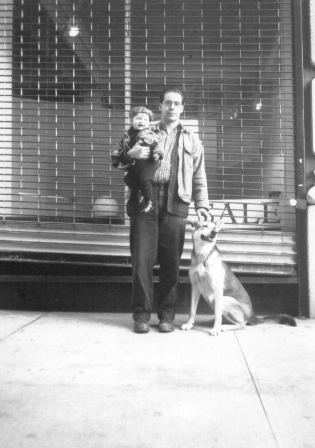 The Wandering Dragon Trading Company was an amazingly strange and impossibly tiny store in the East Village. It was NEVER open but we would walk by all the time and stare in the windows at the weird antiques, taxidermy, wax mannequin heads, glass eyeballs, and skulls. One night we were coming home from a bar at 3 o’clock in the morning and the door was open and 1920s jazz was playing inside. We went in and entered the magical world of Adrian Gilboe.

The store was a constant array of characters wandering in an out, street people, artists, writers, occasional celebrities and celebrities to be. A lot of weirdos! Although rarely open, it was never dull.

This article from The New York Times in 1991 describes Adrian’s unique aesthetic and love of items rich with history.

His daughter, Sierra, will be hosting an informal memorial tomorrow (Oct. 22). Those who knew Adrian are welcome to stop by and share their memories. Please email her here if you’d like more details about the memorial.
Posted by Grieve at 4:30 AM

RIP and thank you for making the city dreamier!!!

Wow, I remember that store. I was never privileged enough to be aaround when it was open, or to meet Mr. Gilboe, but loved wandering by just to see what new treasures had migrated into the window. I had no idea who was behind the magic, but wish now I had made the effort to find out. But at that time it just seemed like yet another unique and quirky little store with which the East Village abounded, and I just accepted it as part of the landscape. Go well, Mr. Gilboe, I hope wherever you are you are finding new, wonderful, otherworldly treasures.

My condolences to his loved ones. How sad and young to die in one's fifties. May he rest in peace.


My aching heart goes out to Adrian's family and friends; this is a terrible loss, but my love for him lives on unabated, and I will cherish every memory, always. The twinkle in his eyes can never die. I see it still when I think of him.

Hi Trixie... I was so sad to hear this. The era of Wandering Dragon and LSD was an amazing time.

R.I.P. one of the original weirdos, former brother in-law and friend.

Wandering Dragon Trading Company was magical and wonderful and I feel lucky to have been a part of that world for the few years while it lasted. What followed in its footsteps was but a shadow of the original and it saddens me that most people don't know this...they don't know who Adrian was (or that he even existed) and don't know how he and Thea (mama to their beautiful and talented daughter) put their hearts and souls into making Wandering Dragon so much more than just a cool East Village store. They both had such a good eye for spotting unusual things, for placing them not just any old place in the store but with syle and drama. Each window display was like a diorama, parts of the store were like film sets (ready for the mad doctor to come in and start the experiment). It was like a salon and we hung out for hours and hours sharing good talk about mutual interests accompanied by cheap beer and/or bad coffee, well into the wee hours of the morning. What followed was just a shadow of what Wandering Dragon had been--though it admittedly worked far better as a business model. Adrian was a visionary and good fun to be with too. Adrian was a man with amazing a sense of Art, Drama, humor, charm, knowledge, and a guy who welcomed you even if you had no intention of buying a thing. And though he himself would have likely thought teevee was way too cheesy (and way too 21st century for him) he was such a personality and such a great talker that I wish he got his share of the much-deserved limelight (in his own way) in his oh-too-short life. Miss you Adrian, miss Wandering Dragon and as Bob Hope would say, "thank for the memories!"

Adrian was charming and always a gentleman. His ability to care for friends, sharing knowledge and resources will be surely missed. Luckily he has left us his miraculous family and wonderful memories.

It's entirely OK to praise Wandering Dragon without talking down about Obscura Antiques. Adrian had actually moved his shop to Brooklyn around 2000, where it lasted about a year before closing for good. What came after on 10th street, while similar, is an entirely different shop.

Late to the game but Adrian is on my mind. He had a dark charm mixed with old world elegance and chivalry. He and I shared a sporadic friendship that spanned 10+ years, mostly by happenstance. Today, I feel his presence. I am sure this is not by accident. Hello, Red Parasite.