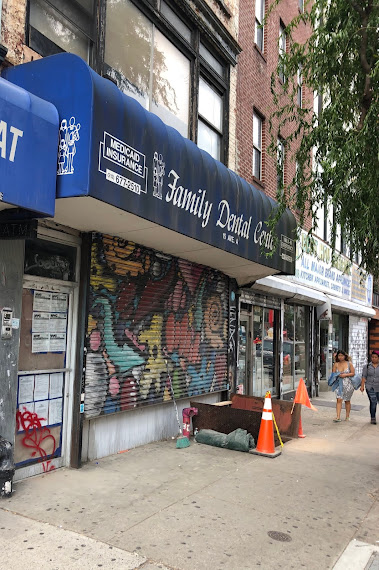 Roberta's is opening a full-service restaurant on Avenue A due to debut in the spring.

According to the Commercial Observer, who first reported the news yesterday, Roberta's signed a 15-year lease for the 1,300 square-foot retail space at 15 Avenue A between First Street and Second Street.

And per the Observer:

“Both residents and destination diners in the East Village will be excited by this long-awaited expansion of a beloved brand,” Lee & Associates’ Jaime Schultz said in a statement. “Situated right where the East Village meets the Lower East Side, this new Roberta’s location is guaranteed to see lines every day of the week.”

Roberta's got its start in Bushwick in 2008. As Eater noted, Roberta's has been on an expansion kick, with openings in several food halls, and adding two locations in Los Angeles and one in Williamsburg ... not to mention its frozen pizza business.

[C]hef-owner Carlo Mirarchi has confirmed to Grub that they’ll be opening what he calls Roberta’s Wine Bar. In an email, he writes that there will be wines “from some of our favorite producers. Lots of mags, lots of fun.”

Meanwhile, there are approved plans (as of Aug. 6) on file with the city for a gut renovation and extension of the currently vacant building. No. 15 will receive two new floors, moving from four to six... with five residential units (likely condos) in the making. 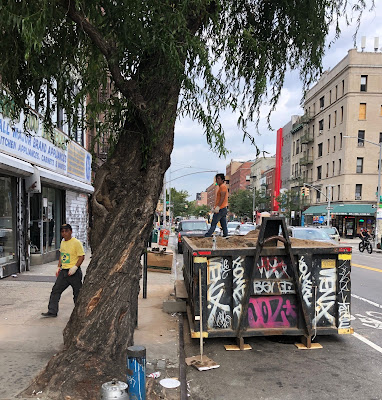 Previously on EV Grieve:
Former Avenue A dental center is 'great location for restaurant'
Posted by Grieve at 4:30 AM

Maybe they will find my missing tooth there.

Promise me lines, and I'm not there!

Because there wasn't enough pizza places in the EV?

The food is so good.

Great! Just one question, is this one Detroit-style, Rhode Island style, Melbourne style, or what style is it? I am totally behind these pizza times.

interesting. I like Roberta’s but would prefer if they stayed as a Brooklyn thing. That area of Avenue A is already super busy , idk good for them tho

Another high quality restaurant in the neighborhood is great, but damn we have a lot of pizza

a.) You can never have enough pizza
b.) I'd have a hard time thinking of a pizza place that I'd be more excited to have in the neighborhood that Roberta's

Great news, hopefully the lines aren't as bad as they're prematurely predicting

Roberta’s has a great reputation, so I’m looking forward to finally being able to try it, since I don't generally travel to other boroughs for food.

The bigger issue here is that we seem to have run out of ideas for new food operations. Pizza, tacos, sushi, ramen noodles, bubble tea, coffee, fro-yo. After awhile due to the lack of diversity it all looks the same. How about something new, like a Waffle House, or a fondue restaurant? I remember when there were a couple of fondue places in Midtown that did well. Chocolate fondue is the best. What if Gem Spa started serving fondue, right across from the Swiss Institute? And then a whole slew of fondue restaurants will pop up, and turn St. Marks Place into Fondue Row. Let’s say hello to turning the EV into Little Switzerland. At this point almost anything beyond pizza-taco-ramen noodle-bubble tea would be welcome. And if you've never eaten at a Waffle House a 2AM then you haven’t really experienced all that life has to offer.

We DO need a Waffle House!!

I love how people here will complain about anything!

YES TO WAFFLE HAUS! (Since we want to turn the EV into Little Switzerland!)

Yes to Fondue Row!! It can become a thing to do a fondue crawl...

A Wafel house? (Ave B and 2nd st has that covered)

Miss that fondue place that used to be across from Anthology Film Archives.