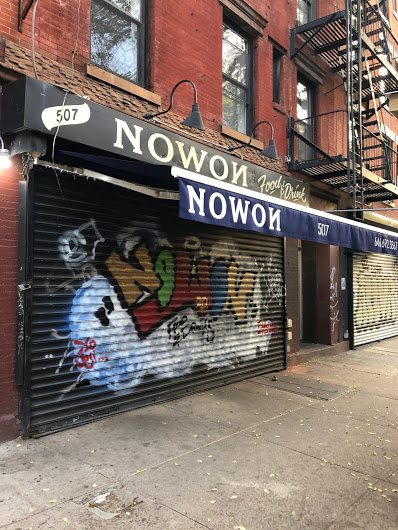 Citing potential health concerns for its staff and patrons, Nowon will close temporarily starting tomorrow, New Year's Day.
Chef Jae Lee's hit Korean restaurant opened late last year at 507 E. Sixth St. between Avenue A and Avenue B. They ended up having only four months in business before the PAUSE took effect in March.
Nowon re-opened for takeout and delivery in April ...  they also teamed up with Frontline Foods to provide meals for health-care workers.
Below is the Instagram post about the short-term closure. (And Nowon will be serving a New Year's Eve special featuring Korean dumplings and rice cake soup.)

Posted by Grieve at 5:30 AM No comments: 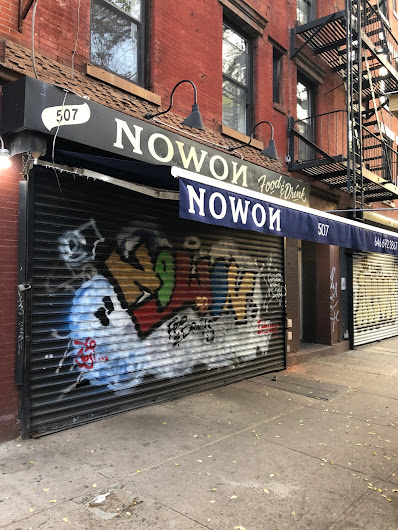 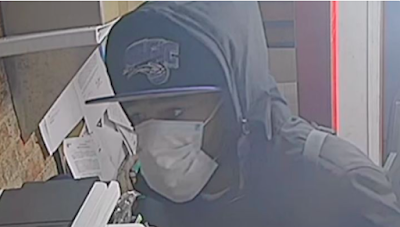 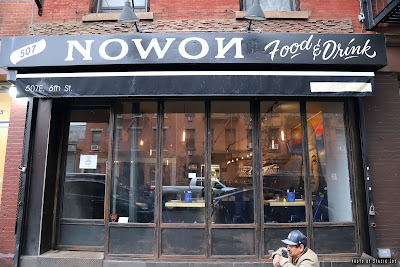 [Photo from December by Stacie Joy]

Chef Jae Lee is reopening Nowon, the well-regarded Korean restaurant here at 507 E. Sixth St. between Avenue A and Avenue B.

Starting today, he'll be serving takeout items and offering delivery via GrubHub from noon to 8 p.m. Tuesday through Saturday. The restaurant is also teaming up with Frontline Foods to provide meals for health-care workers.

Nowon closed on March 15 at the start of the ban on dining at NYC restaurants and cafes.

Email ThisBlogThis!Share to TwitterShare to FacebookShare to Pinterest
Labels: Nowon

In the kitchen with Chef Jae Lee at Nowon 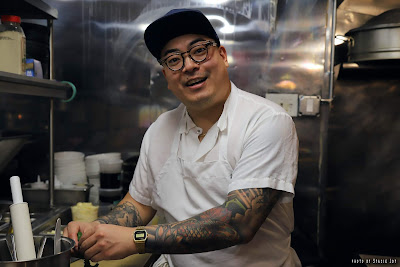 Nowon debuted last week at 507 E. Sixth St. between Avenue A and Avenue B. This is the first restaurant for Chef Jae Lee, who is serving non-traditional Korean fare here in the 34-seat space. 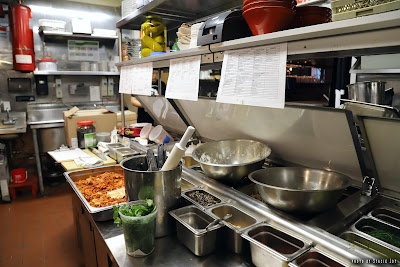 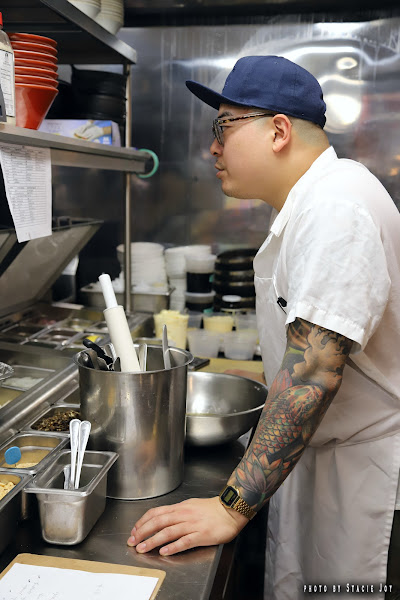 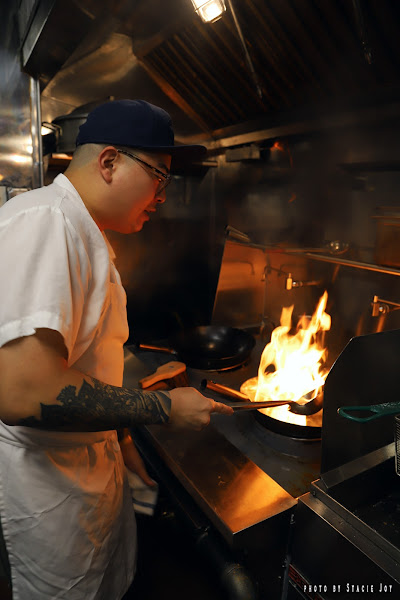 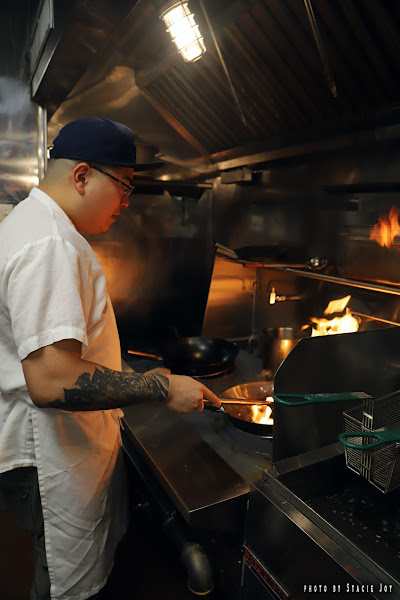 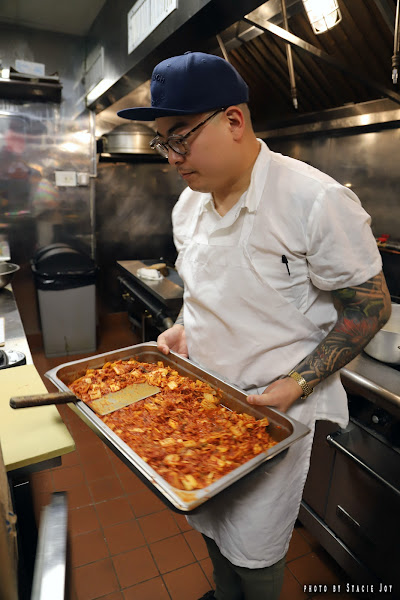 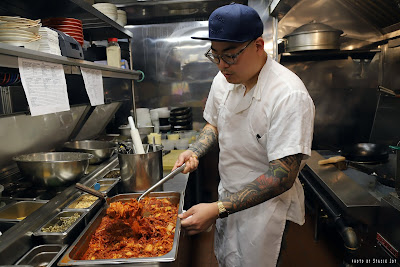 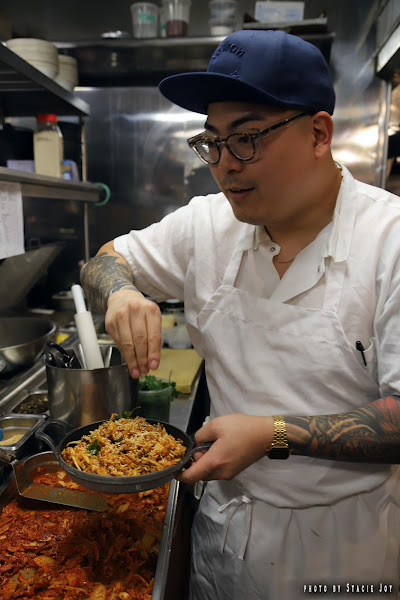 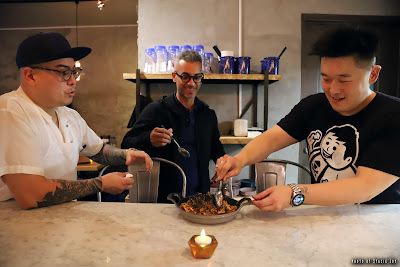 Lee previously helmed the kitchen — a pop up called Him — at Black Emperor on Second Avenue between 12th Street and 13th Street, where he was responsible for the popular guest menu. His dry aged double cheeseburger with kimchi mayo and dill pickles, which Gothamist called "one of NYC's greatest burgers" when served at Black Emperor, is available here too, though only from 5-7 p.m.

He also served as the executive chef of Rice & Gold at Hotel 50 Bowery. 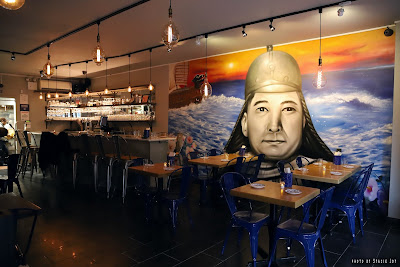 Nowon, named for the residential district of Seoul where Lee is from, pays tribute to the culture of Korea as well as his family.

Nowon is currently serving dinner from 5 to 10 p.m. Sunday-Wednesday and until 11 p.m. Thursday-Saturday. A weekend brunch service is in the works in the months ahead. (Also coming soon: the liquor license, with beer, wine and soju cocktails.) Find more details at the Nowon website ... and Instagram account. And here's a copy of the menu.
Posted by Grieve at 4:30 AM 8 comments: 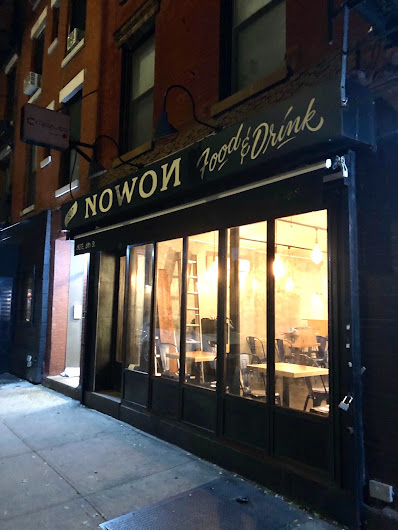 Signage for Nowon arrived yesterday at 507 E. Sixth St. between Avenue A and Avenue B ... as we've been reporting, this is the first restaurant from chef Jae Lee, who was responsible for the popular guest menu at Black Emperor on Second Avenue. 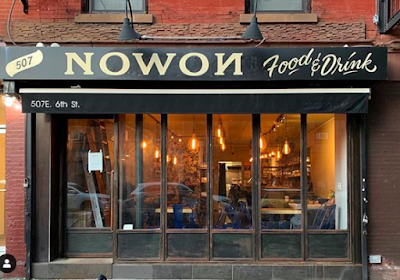 Nowon, serving "nontraditional Korean fare," is expected to open in less than two weeks.
Posted by Grieve at 4:05 AM 4 comments:

Email ThisBlogThis!Share to TwitterShare to FacebookShare to Pinterest
Labels: Nowon 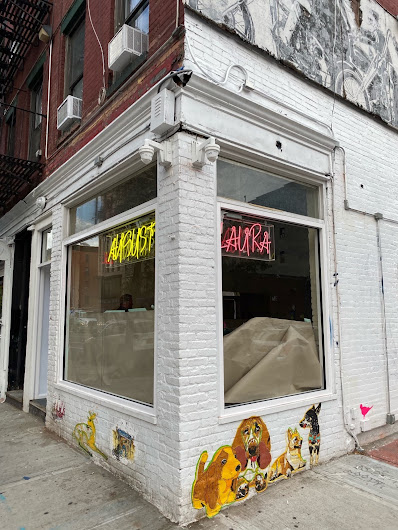 As mentioned last week, the bar-cafe August Laura is expected to open today (Oct. 9) soon on Avenue A at Sixth Street in the former Sidewalk space. [Update: they opened on Oct. 10]

Meanwhile, three other bar-restaurants are in various states of opening preparations on this north side of the block between Avenue A and Avenue B... 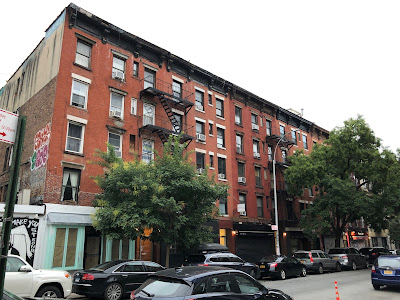 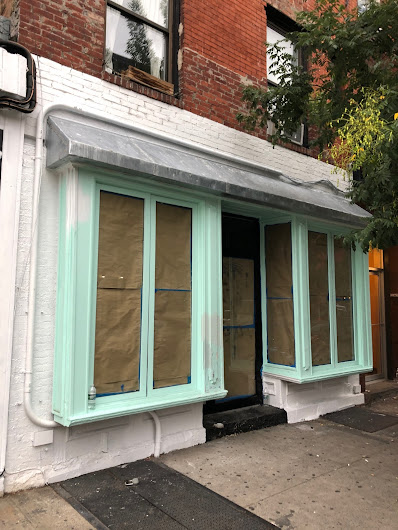 A venture called Down and Out is in the works for this space. The applicants, Knitting Factory alum who are behind The Well out in Bushwick, will appear before CB3's SLA committee tomorrow (Thursday) night.

The questionnaire on file at the CB3 website shows a configuration with 10 tables for 39 diners (the menu is said to serve the "freshest seafood") and a 12-stool bar. The proposed hours are 11 a.m. to 2 a.m. Sunday through Wednesday, with a 4 a.m. close Thursday through Sunday.

No. 503 was previously Cholo Noir, the Chicano-inspired bar-restaurant that closed in August 2018 after 13 months. 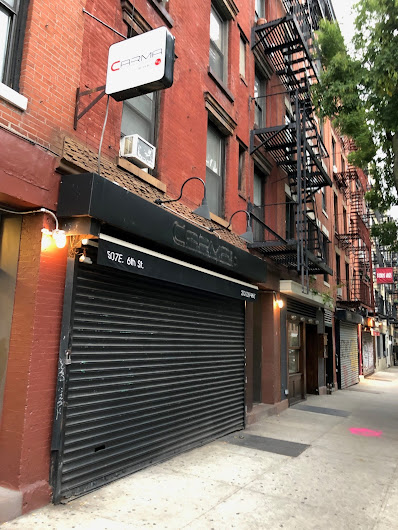 Coming soon: Nowon, the first restaurant from chef Jae Lee, who has been running the well-regarded kitchen at Black Emperor on Second Avenue. He was previously the executive chef of Rice & Gold at Hotel 50 Bowery.

Here’s the moment you have all been waiting for. Here’s the name of my first restaurant. Nowon is the name of my hometown in Korea, where I was born and raised. But I also named it nowon because I am no one without my Korean American culture and your support. It’s an all inclusive restaurant where my individuality is not the priority. It’s about us! Let’s get it you savages! Logo design by @overice.nyc 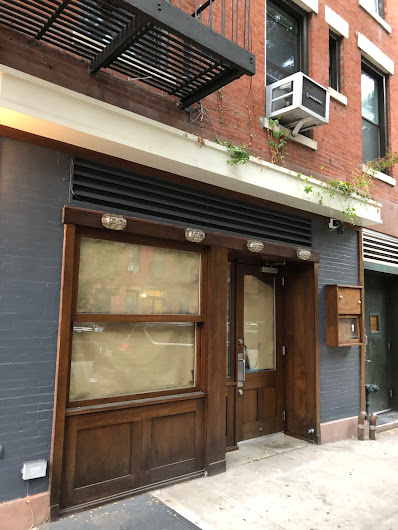 As previously noted, the Pineapple Club will be bringing American Polynesian cuisine to the former Out East space here between Avenue A and Avenue B.

There's a teaser site up now for the two-level bar-restaurant.

Out East went dark in December 2017 after eight months serving a seafood-centric menu from the proprietors behind places like Beauty & Essex and Stanton Social.

Meanwhile, back along the Sixth Street of August Laura, there are two new murals... one titled "Dreamy" via @EarlyRiser... 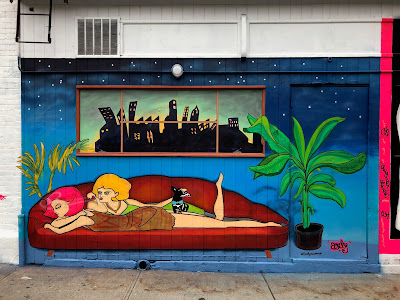 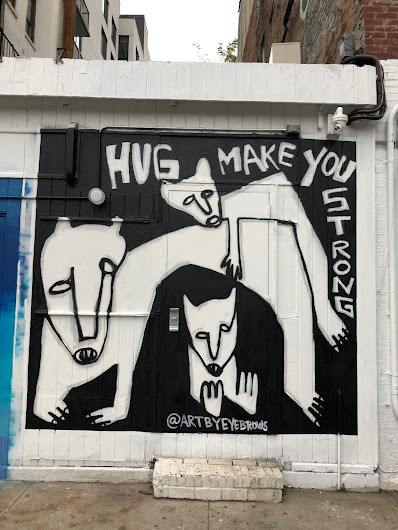 This space is now going as A6 Art Wall — "dedicated to showcasing established and emerging public artists." Work here will change on a quarterly basis. You can find the A6 Instagram account here.
Posted by Grieve at 4:29 AM 3 comments: