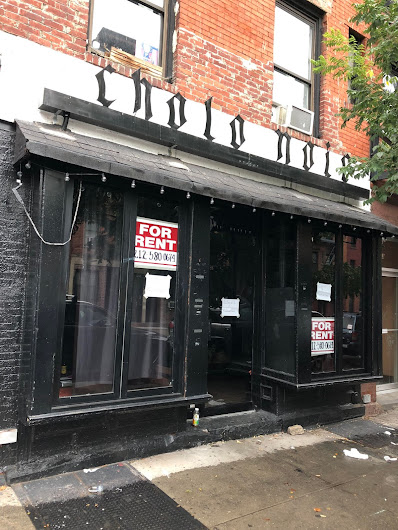 A for rent sign now hangs in the window at 503 E. Sixth St., which apparently brings an end to Cholo Noir's 13-month run here between Avenue A and Avenue B.

The Chicano-inspired bar-restaurant had been closed since Aug. 19, with handwritten notes indicating the trusty "closed for renovations."

There's isn't any mention of a closure on Cholo Noir's website or social media properties.

Given the amount of work that they already put into the space, ownership went to the State Liquor Authority for a license. As DNAinfo reported in February 2017:

[T]he owners remain positive the eatery will be a good presence in the neighborhood, claiming Cholo Noir will be centered around the food, with cocktails to complement the menu.

“Most people don’t go into a Mexican restaurant and say, ‘Let’s go get wasted,’ but people do go for good Mexican food and they like to have something to complement it,” said Paul Le Mos, who plans to run the restaurant alongside Lennard Camarillo, former operator of West Village eatery Florencia 13.

The proprietors don't want to bring another noisy bar to the neighborhood, he said, but want to serve the community with great food and culture.

To the contrary, a few nearby neighbors felt as if they were, in fact, a drinks-first establishment ... offering all-you-can-drink brunch specials... and other happy hour deals ... 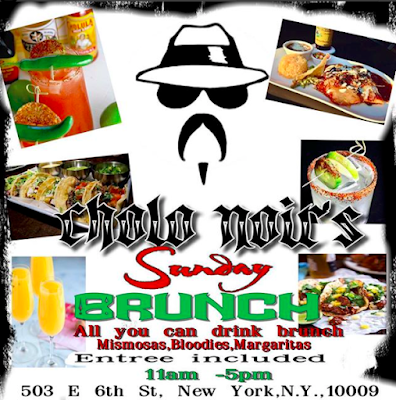 Happy Mother’s Day to all mothers out there. Come celebrate @cholonoir with a special #brunch menu. #eastvillage

Aww man, I really liked this spot. I started going there once Avenida became too clogged with sports fans. With no big screen TVs blasting the place and friendly owners who were down for playing (or even letting the customers play) great music, it was a good spot to hang around.

Also, they only went down the “All you can drink” brunch special many months after they opened. Apparently that’s what “the people” kept asking for. Still, had great chilaquiles.

It definitely did do the drunk brunch thing, but, I liked how it was a cool place to go in the evening where I could also bring an under-18 kid for good food and with people who wanted to celebrate something and wanted cocktails.

Owners seemed nice, too. Highly preferred to the thing that replaced Leshkos.

Does anyone know why this place closed down?