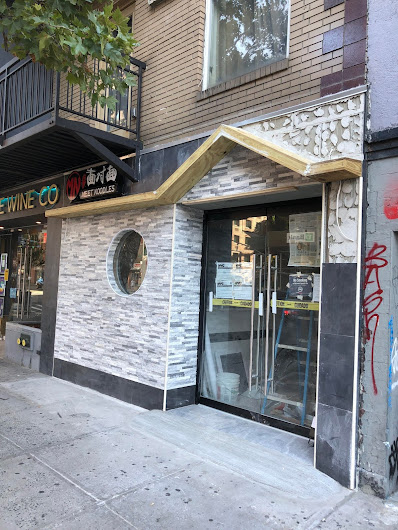 The plywood is down outside 50 Third Avenue ... providing a view of the new restaurant opening here this fall: Meet Noodles... 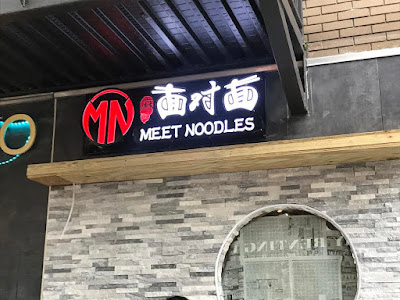 This appears to be the second Meet Noodles, which also has an outpost on Eighth Avenue in Sunset Park.

Here's more about them via the Meet Noodles website:

Savory Chongqing noodle is called XiaoMian in Chinese, is a popular spicy and numbing noodle originated from Chongqing and popular in the whole country.

"Xiao Mian" in Chinese, which means "little noodles" in English. The term "Chongqing noodles" is typified by a variety of spicy noodle dishes that originated and exist in Chongqing, China, which are collectively referred to as xiao mian. Xiao mian is also prepared in other areas of the world, such as the United Kingdom and areas of Australia and the United States.