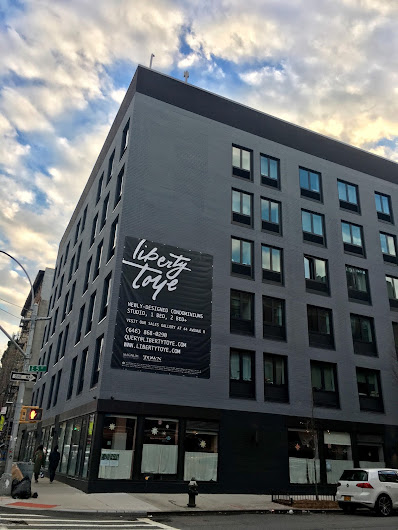 Ben Shaoul's deal to sell his residential conversion at 62 Avenue B at Fifth Street is apparently official.

This officially ends Shaoul's nearly seven tumultuous years owning the former Cabrini Nursing Center, which shut down in June 2012. The 240-bed center — sponsored by the Missionary Sisters of the Sacred Heart of Jesus — provided health care for low-income elderly residents in the East Village. Shaoul reportedly paid $25 million for the property and closed down Cabrini.

Apartments at the new Bloom 62 — "the right place to plant your roots" — arrived in the spring of 2013, with prices topping out at $7,600 for a four-bedroom apartment. Despite the upgrades, some people thought that the units still looked like nursing home rooms, though with better lighting.

Under Shaoul's watch, the rental building gained a reputation for its rooftop DJ parties that annoyed neighbors. Shaoul finally cracked down on the ragers in the summer of 2015.

Have you heard the rooftop parties at Ben Shaoul's Bloom 62? (52 comments)

Sales underway for Ben Shaoul's Liberty Toye — at the 'crossroads that cradled the Culture of Cool'
Posted by Grieve at 4:00 AM

Sigh. Can’t believe that ass made $60 million off this building.

I sincerely hope there's a special place in Hell reserved for the monsters who sold the building in the first place.