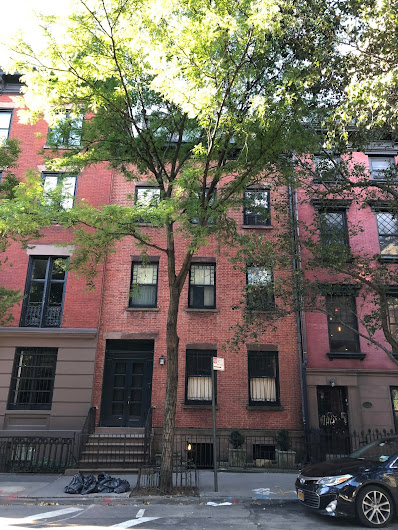 Been meaning to note this recent feature at 6sqft (h/t Bayou!) written by Andrew Berman, the executive director of the Greenwich Village Society for Historic Preservation.

Berman takes us on a fun history lesson while searching for the oldest house in the West and East Village.

We'll cut right to the rather surprising answer — 44 Stuyvesant St. ... at 10th Street across from the St. Mark's Church in-the-Bowery. 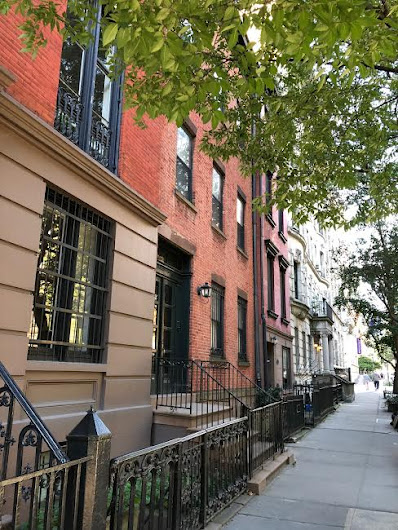 It was built in 1795 for Nicholas William Stuyvesant.

The house has all the signature elements of a Federal-era (1790-1835) home, including a sloped roof, double dormers, and Flemish bond brickwork (bricks laid in alternating short and long configurations). There are a few more modern updates, including an artist’s studio window inserted in the early 20th century (more on that here) and a doorway of more recent vintage.

But while this house, unlike some of its competitors, does not have a fancy name or title attached to it, it is, in fact, the oldest house in the Village. But that’s not its only distinction; it’s also the oldest building in Manhattan still used as a residence. And it’s one of a very small number of 18th-century structures which survive in Manhattan – an exclusive list that includes Upper Manhattan’s Dyckman Farmhouse and Morris Jumel Mansion, both of which are now museums and no longer functioning residences.

Read the full article here.
Posted by Grieve at 10:15 AM

I live near by and pass by several times a day. I alsways thought it a subtle beauty with a secret past. Now I know the secret - it's age. Wow! But I hope Berman hasn't put a target on it facade. The real estate industry would probably love to destroy it with 2 additional floor, a rooftop party space and a pool in the basement. Of course the LPC would aid and abet them. What a world... Huh... What a world...