Fables of the East Houston Reconstruction 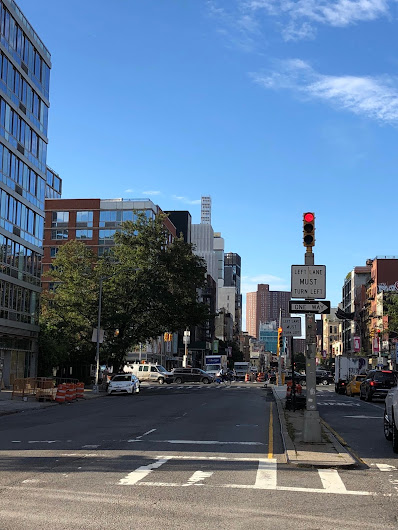 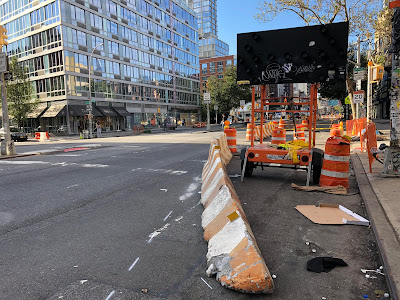 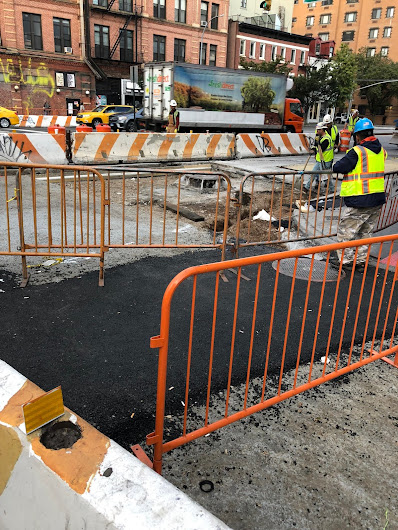 Anyway, as noted off and on through the years, completion of the $52.5 million East Houston Reconstruction project is now overdue by five years. The Department of Design and Construction (DDC) started this project in June 2010, reconstructing/replacing combined sewers, trunk main, water mains, catch basins, fire hydrants, sidewalks, etc., etc., along East Houston Street, from the Bowery to the FDR Drive.

The work was initially scheduled to wrap up in 2013 (heh), but has been delayed again and again as the city reportedly ran into problems with existing underground wiring and pipes.

At last look, the estimated completion was Jan. 15, 2018, per the DDC's weekly bulletin. There doesn't appear to be any published end date at this point. The last reconstruction newsletter is from the fourth quarter of 2017. (An email to the Community Construction Liaison wasn't returned.)

And in another milestone of sorts... workers yesterday removed one of the painted storage sheds on First Street between Avenue A and First Avenue that has been here dating to 2010. 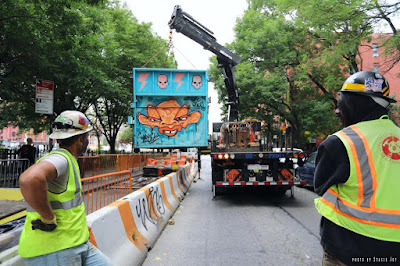 A few items remain ... which will have to be moved as the unrelated water main replacement hits this side of First Street... 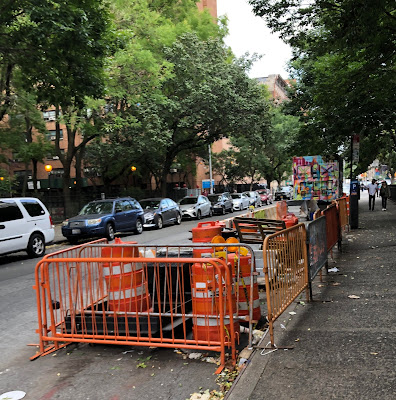